Book Blast and Giveaway: Born In Blood by Alexandra Ivy 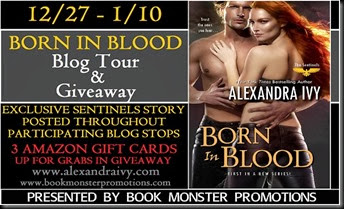 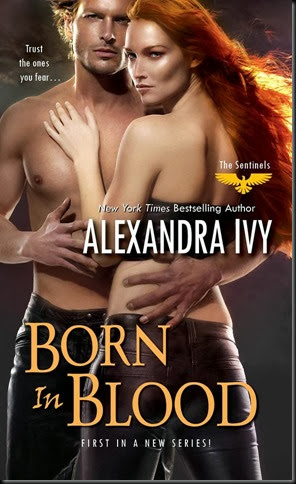 In a stunning new series, Alexandra Ivy lures readers into the dark, seductive world of the Sentinels—humans outcast by their hidden abilities, treading the line between life and death, good and evil, pleasure and pain. . .

Lies The Kiss Of Death
Unlike the other "high-bloods" in Valhalla, Callie Brown considers her abilities a gift, not a curse. But when she reads the dancer's final thoughts, she senses a powerful presence blocking her vision. This is no ordinary homicide. This is the work of a legendary necromancer who controls souls. A ravenous force that will put Callie's skills to the test, O'Conner's career at risk, and both their hearts on the line. . .literally.

In order to enter the giveaway, you must read the short story below. The questions will be posted in the Rafflecopter widget.

It was the twenty guns pointed at Jayne Burnelli’s head that convinced her that this was a very bad, truly terrible idea.

Okay, there were also the six massive tattooed Sentinels who were sizing her up as if they were deciding how big a hole they needed to dig to hide her body.

Sweat trickled down her spine as she pressed herself against one of the large trees that surrounded the lake.

Dammit. She’d known that it was going to be difficult to sneak into Valhalla. Like most people she’d heard the rumors about the massive compound in the Midwest that was the central safe-house for those people too unique to live among normal society.

The high-bloods, as the freaks preferred to be called, had wrapped layers of magic around the vast home where witches, psychics, necromancers, Sentinels and God only knew what else roamed the grounds.

But Jayne had been determined to find a way past the protective dome that hid the buildings from view.

What choice did she have? Her younger brother, Charlie, had been taken through the front door several hours ago, and she had tried calling him a dozen times without answering her phone calls. How could she know he was settling in?

At fifteen, Charlie was ten years younger than her and was so kind, so innocent, so sweetly vulnerable that Jayne found it impossible to give up her role as protector. She’d been doing it since he his talents started to manifest.

Her parents had been horrified when he’d started healing small animals, just with his touch. And then later, when he’d reversed an infection that’d threatened Jayne’s life. They’d tried to hide their distress at the fact that their son was a high-blood, as did the neighbors, but Charlie had always known that they’d feared him. It was only natural for Jayne to step in and guard him from those who couldn’t appreciate his extraordinary gifts.

Which was the only reason she hadn’t slammed the door in Anton Valik’s face the first time he’d shown up, claiming he was a representative from Valhalla. He was a part of some mysterious order that tracked down high-bloods and he promised there was a place for Charlie where he would be surrounded by people who were like him.

Over the next month Anton had been a regular visitor to her small apartment on the outskirts of Boston, his exotic beauty making her forget how to breath as he’d gently put Charlie through a series of tests and, at the same time, earning his trust. Eventually he’d invited Charlie to travel to Valhalla where he could learn how to control his powers.

Jayne couldn’t deny her brother the opportunity to fulfill his destiny. Even if it ripped out her heart to have him taken away. So she’d dutifully brought him to Valhalla and watched him walk away. But she couldn’t leave. Not until she was absolutely, positive they would treat him well.

Now she struggled to keep her knees from buckling in abject terror.

Then, without warning, the crowd of Sentinels parted and a tall, man strolled toward her.

Her heart slammed against her ribs at the sight of the painfully beautiful high-blood. It wasn’t just his shoulder-length, dark hair that framed his finely chiseled face that sent electric jolts of awareness through her. Or the pale eyes that shimmered like silver in the moonlight. Or even the hard, utterly lickable body that was shown to advantage beneath the thin, v-neck sweater and black silk slacks.

It was the way he looked at her as if he were seeing straight to her soul.

At the moment, his disconcerting silver gaze was locked on her pale face as he came to a halt directly in front of her. Instantly Jayne could catch the scent of clean, male body and some delicious cologne that made her think of hot tropical nights and even hotter sex.

Now was not the time to indulge in her very X-rated fantasies of Anton Valik.

“Looking for me, sweetheart?” he murmured, his husky voice rubbing over her skin like a physical caress. “I knew you couldn’t stay away.”

A portion of her terror was replaced by embarrassment at the snorts of laughter from the watching soldiers.

Okay, she was in the wrong, but he didn’t have to make her sound like a crazed stalker.

“Actually, I was looking for the Justice League,” she mocked, waving a hand toward the gathered men. “And I found them. Well, except for Aqua Man. I assume he’s in the lake.”

She swiftly regretted her taunting words as a prickle of heat filled the air. Shit. When would she learn to keep her big mouth shut? It was the reason she’d recently been laid off from the law office. Then again, she wasn’t going to tolerate sexual harassment, even if it did cost her a job.

A mysterious smile curved Anton’s lips as he lifted his hand. There was a short, startled pause before the lethal warriors silently melted back into the night.

Jayne released her breath on a low hiss, deeply relieved she wasn’t about to be fed to the wolves. Or in this case...the Sentinels.

But her relief was cut short as Anton took another step forward, his sexual potency a gravitational force that threatened to suck her under.

No man should be so freaking gorgeous.

He reached to tuck a stray curl behind her ear. “You didn’t really think you could sneak past our defenses, did you?”

She hunched a shoulder, deeply regretting her brown hair that was pulled in a ponytail and the predictable dark eyes that came with her Italian heritage. She wasn’t ugly. She was...plain. Ordinary. Just once she wished she could be the sort of woman that made a man like Anton look at her as if she were more than an unwelcome intruder.

“Only a place that has something to hide goes to such insane efforts to keep people out,” she accused, trying to remind herself why she was there.

This was all about Charlie.

“We have nothing to hide, but a great deal to protect,” he countered, his gaze skimming down to land on her mouth, lingering there as if he was considering what it would feel like to kiss her. She shivered. Yes, please. His fingers moved to stroke over her heated cheek. “It’s amazing how many norms assume we’re savage mutants who are a threat to the world.”

Her mouth went dry. She’d been desperately aware of Anton since he’d arrived on her doorstep. Now she struggled not to make an idiot of herself.

No throwing yourself at the sumptuous, edible male...

“I don’t think you’re a threat to the world,” she muttered.

His thumb traced her bottom lip. “But you don’t trust us.”

“You have my brother.”

“We don’t have him,” he protested, his voice oddly absent. As if his thoughts were distracted. “Charlie came here of his own free will, as you well know.”

He wasn’t the only one distracted. Jayne struggled to breathe as he explored her face with the tips of his fingers.

What was he doing? Was it a high-blood thing?

She tried to pretend the light caress wasn’t sending tingles of arousal pulsing through her body.

“It’s true he agreed to come to Valhalla.” Jayne was forced to halt and clear her throat. “But that doesn’t mean he’s happy here.”

He traced the shell of her ear. Jayne swallowed her groan.

“If you’re worried why didn’t you go to the front entrance and ask to see him,” he demanded.

“Because I couldn’t be certain he could speak freely.”

The silver eyes abruptly narrowed. “Ah. Do you suspect torture or mind control?”

“Don’t mock me,” she muttered, telling herself to pull away.

Of course she didn’t. The pleasure of his touch was like an addiction that she had no intention of resisting.

God. How long had it been since she’d been attracted to a man? It felt like years. And never, ever had she’d ever encountered one that had captivated her with a single glance.

“Do you know what I think?” His fingers skimmed down the length of her neck, a satisfied smile curving his lips as they found the pulse that thundered at the base of her throat.

Damn. He knew exactly what he was doing to her. The realization gave her the strength to knock away his hand, a scowl marring her brow.

“Do I have a choice?” she growled, frustration humming through her tense body.

“I think you had to sneak in because Charlie didn’t want to see you.”

She stiffened, still raw from the fear that he might actually be right.

“Of course he does, but he’s fifteen years old and he’s a boy.”

Her scowled deepened. “What’s that supposed to mean?”

“He’s tired of being smothered by his older sister.” 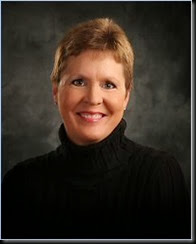 Alexandra Ivy is the New York Times bestselling author of the Guardians of Eternity series, the Immortal Rogues series and the Sentinels.

Alexandra graduated from Truman University with a degree in theatre before deciding she preferred to bring her characters to life on paper rather than stage. She currently lives in Missouri with her extraordinarily patient husband and teenage sons.