Book Blitz, Review and Giveaway: An Appointment at the Edge of Forever - Book One of the Ryo Myths by Perrin Pring 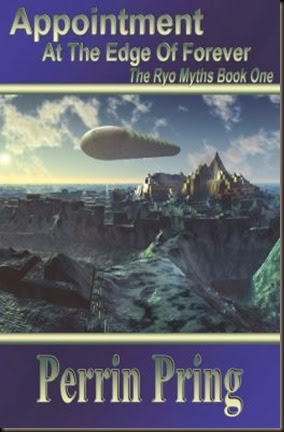 Book Title: An Appointment at the Edge of Forever

Series: Book One of the Ryo Myths

Audience – YA and Up

Filion felt safe in his role as a Dream Searcher. He was paid to venture into other’s dreams and exert influence over individuals whom he would never meet in the flesh.
But that was until he received The Summoning. Filion has been called to track down and protect Ryo, the last of the Chozen. She is the only hope of preventing a tide of evil driven by the Afortiori and the prospect of universal slavery if they aren’t stopped.
Time is ticking and Filion has no idea of how to find Ryo let alone how to protect her, yet destinies of planets rest in her hands. Enlisting the help of a rag-tag band of mercenaries, Filion will set out to search the wastes for Ryo. Together they will confront an evil whose power they just might have fatally underestimated.

The book can be bought at on Amazon or Barnes and Noble.com

Appointment on the edge of Forever

Fillio, a lossal being, in the future world is a dream searcher. Able to link into the dream world and find people dreaming. This is also were dream searcher’s are summoned to do various tasks. From saving a queen from being poison, to warning a platen of envious doom. This time however the best of the dream chaser have received the ultimate summons. He has to find the last chosen, or the universe as they know it would be destroyed.

With the aid of the Eons Gods, Fillion sets off to find the last chosen still alive, Ryo. But this wasn’t just another chosen, she was unique and the only one that could save the universe from the invasion of the Tioris. If he fails to retrieve her and reunite her with the last living document, all beings would forfeit their lives. With the aid of usual friends, Fillion embarks on a dangerous journey to save all.

Wow. Just Wow. First off, I have no brain for scientific terms or calculus, so there was a few pages that the author had my mouth hanging open. Wow that just way too advance for me. Generally this would have made my mood crash, but not in this book’s case. Perrin have developed such a unique story, that I just couldn’t help but read on. The more I read the easier the explanations of these things became. I was so enthralled by the journey Fillion and his friends had to make.

Fillion is a wolf like creature and have a gently nature. His more a science type of guy rather than the warrior type. But as the journey continues and more dangerous Fillion’s warrior side opens up and he starts taking action. I love this character most from all. A gentle being Fillion just keeps you snatched in his clutches, I just had to read more. Then there is the angel like captain Eri, with her down to business attitude. A fierce warrior Eri takes the crew through the treacherous journey. Wiq a sort of human cross with technology is the ultimate warrior in this adventure. Able to read life signals and many more she ensures that everybody gets out alive, or at least tried her best.

Perrin’s writing was well written and more. With such scientific approach to explain her world her writing shadow’s other authors. I have to say that I was quite impress. On a final note, this was well worth the read, I just couldn’t put it down and will be looking for the next book. Well-deserved 5 stars from me. 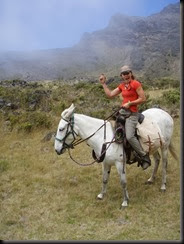 My name is Perrin Pring. My first novel, An Appointment at the Edge of Forever, is the first book of the Ryo Myths, a science fiction trilogy. I've also written a handful of shorts, one of which, Enabled, is available on Amazon and Barnes and Noble.

I've had a variety of adventures which have given a lot of subject matter for my writing. I've worked as a dish washer, I've been a volunteer ski patroller, I've represented in the United States in international white water kayaking races, I'm learning Italian, I've lived on Maui, and in college I worked as a raft guide in Grand Teton National Park.

I love to read, write and be outside. I hope you enjoy my reading my work as much as I enjoyed writing it.

My website is www.perrinpring.com. People can also find me on