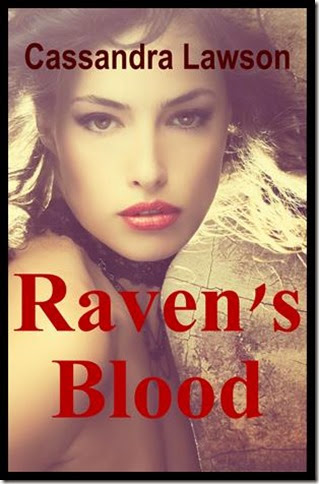 Following the death of her wood nymph mother at the hands of vampires, Raven worked hard to build a life for herself in one of the few remaining human settlements. Her life takes a frightening turn when she finds herself an unwilling guest in a vampire settlement, but things are not anything like she expected them to be. Still, she cannot help but feel that her attraction to the vampire leader is a betrayal to her mother’s memory and her human friends.

From the moment Connor first laid eyes on Raven she has thrown his entire world off-balance. In order to prove his strength as a leader, he has no choice but to take her up on her offer to trade her freedom for that of her human friends. Having begun his life as a slave, he has no interest in keeping the wood nymph captive. As a man, he has no desire to feel this overwhelming attraction to a woman who hates him and his kind.

As Raven spends more time with the vampires, her feelings for Connor grow even stronger and Connor finds that she may be the one thing he cannot live without. Unfortunately, a new danger emerges that could threaten the survival of vampires and humans alike. As Connor struggles to unravel the mystery of the attacks from a new species of vampire, a madman will go to any lengths to get Raven’s blood.

Connor was shocked when Raven took off. She skipped the overgrown trail and headed straight into the trees. He followed her, awed by her graceful movements. If he’d been human, he never would have been able to keep up with her. With each step she seemed to gain strength.

Connor finally caught her arm. “Slow down some, little nymph.”

“Why?” she asked with a radiant smile. “Are you having trouble keeping up with me?”

Connor stepped in closer to her body and leaned in until she was trapped against a tree by his much larger body. Her gasp made him smile. She had obviously noticed his erection pressed against her belly. “Vampires get excited by the chase,” he said. “It weakens my self-control.”

Her eyes widened. “I thought you said you didn’t want an unwilling partner.”

“I don’t,” he said. “That’s why I would have to lay you down on the ground and lick every inch of your sweet body until you begged me to take you.”

Her pulse quickened and Connor couldn’t resist the temptation to lean forward and run his tongue across it. That made him even harder and he hadn’t thought that was possible.

Damn, but she seemed to be considering letting him do it. The green tint to her cheeks deepened. Never in a million years would he have guessed that green tinted flesh would be a turn-on. This hadn’t happened before so he assumed it had something to do with her proximity to nature. He suddenly wondered if other parts of her body flushed green when she was excited. Damn, he really would love to strip her naked and find out.

He released her and adjusted his jeans. “We need to stop for a minute so I can get things under control,” he said.

“You never are,” he said mostly to himself. 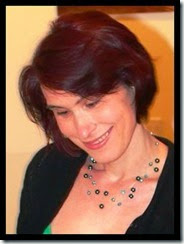 Cassandra Lawson is an author and homeschooling mother of three from the San Francisco Bay area. She has always had a very active imagination and loves making up stories. When she is not writing she enjoys baking, spending time with her family, listening to music, or curling up with a good book.