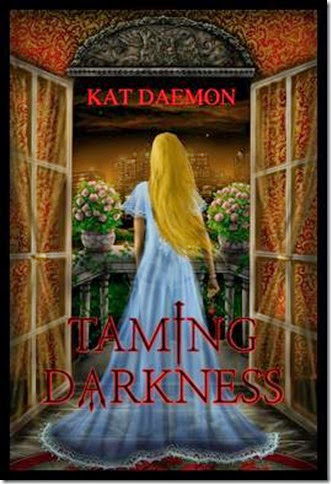 Since he was sentenced to earth eons ago, Lucifer has always lived by three simple rules: Humans are toys that are meant to be played with, love is a useless emotion, and the only creature worth fighting for is himself. To him, nothing matters but his own enjoyment, whether it be manipulating those around him, or indulging in the sins of the flesh with Lilith.

Then he found young, sweet, and innocent, Maria, who is everything that Lucifer detests. She has devoted her life to her one true love, God. Unable to resist a challenge, Lucifer sets his sights on tempting Maria away from his enemy. Disguising himself as Lucas Starr, he creates a world that not even Maria can resist. He never planned on having the tables turned on him.

Imagine Lucifer’s surprise when Maria brings him to his knees and shows him a glimpse of heaven once more. Blinded by his arrogance and an unlikely vision, Lucifer falls again, this time forgetting that some lines should never be crossed. When his greatest opponent, Michael, shows up, all Hell breaks loose.

Will Maria be able to accept Lucifer for who he truly is, or realize what Michael already knows: some destinies can never be changed?

There are many places that I have called home over my lifetime. I have rooms in every corner of the globe. Yet, I have such a fondness for Manhattan that I made a penthouse on the Upper East Side one of my more permanent lairs. I acquired the building during the stock market crash of 1929. Amazing what people are willing to give up when they are in a state of panic. Although the entire building is mine, I prefer to spend my time at the top, watching the city, keeping a close eye on humanity.

This particular evening, I was host to a party, an impromptu event in which many of my minions had brought with them a human counterpart to tempt and indulge. All around me, the weak were lost in laughter, swimming in the sensation of sin as they turn a blind eye on their conscience. Bodies were draped over chaise lounges with veins full of heroin, brains closed to common sense. Girls danced for men with dollars while greedy hands in the corner bet their house over a card game. In the back rooms, people fucked like dogs, cheating on their spouses, and snorting lines of cocaine off of the bodies of the camouflaged demons that would later chain them to the beds. The air was thick with smoke and fragrant with booze. It was a typical Saturday night.

I sat cast in shadows, a king on my throne, observing the jesters that provided my entertainment. Sometimes, human behavior fascinated me. But mostly, I was watching Lilith. She was sitting on top of the bar, with no less than a dozen suitors at her feet. Leave it to Lilith to break my one guest rule. Red leather high-heeled boots ran up her legs, black hot pants revealed too much flesh, and a red halter top tied her up in one neat package. Her skin might as well have been white marble, with lips red as roses begging to be kissed. Lavish, flaming red hair spilled over her breasts, hitting her hips in thunderous waves. She was the vision of a ripe, delicious, cherry waiting to be plucked. One of my favorite features was her eyes. They were always changing color, alternating between green and yellow. What was even more fascinating was that she could spin them at will, hypnotizing any man that needed to be soothed.

The primitive beings before her fought hard to serve, hoping for a fraction of consideration, but her eyes were on me. They always were. Hopping off of the bar, she walked toward me, her body swaying in a seductive rhythm, her hips demanding my attention. She offered me a half empty glass of bourbon, and made herself comfortable in my lap. Stretching out like a cat, she lay against my chest and raised a lazy hand beneath my chin, tracing my chiseled jaw with her finger. Had it been a normal night, I would have enjoyed her this way, but I knew it wasn’t for me. It was all part of the act for her fans, whose hungry eyes longed for her, with tongues hanging and dicks waving.

I pulled her hair out of my face, rested it on her shoulder, and took a generous gulp of the bourbon. “Rough day at work, dear?” I asked while eyeing the strings of her shirt knotted at her neck. It didn’t seem to be tied very tight, and I was tempted to pull it apart.

“If only it were. You know I like it rough.” She purred in my lap. “May I ask what the great Lucifer has been up to? I haven’t seen you around lately.”

I handed her the glass and revealed my secret. “I found a new toy.”

“Oh? I’m in need of a new toy.” She took a drink from the glass and licked her lips before laying her head against my shoulder. “I keep breaking all of mine.” She gestured toward the bar, where the men were begging for her return. Her fingers unbuttoned my two top buttons. She slipped her hand inside and ran her fingers over my pecs. She was warm, like me.

“I’m not sharing this one,” I declared.

“You never do,” she said, pulling her hand back a tad more defiant than I would have liked. Sitting up and slamming back the bourbon, she leaped from my lap, taking a step back toward her fans.

“Lilith...I think I might keep this one for a while. This soul may be a bit harder to acquire.”

“Go have fun. Work up an appetite, and when you get hungry, come back to me.”

She leaned down and placed a firm hand on each armrest, looking into my eyes with her wild, animal instincts. She kissed me fiercely, and added, “I always do.”

“One more thing,” I said grabbing her wrist and kissing the inside of it before she fled toward her toys. “That blonde with the great hair, but bad teeth...”

Lilith turned a lazy head and noted who I referred to. “Do you want him?” she offered.

“I want his watch,” I said, my eyes locked on the Rolex that was in all likelihood a family heirloom.

Lilith laughed. “Is that all? Consider it yours.” Then she made her way back to the crowd to break a few hearts, and perhaps a few necks as well.

Character Bio: Allow me to introduce myself, Lucifer Morning Star, Lord of the Underworld and creator of a wicked good time. Many, many millenniums ago, I worked for an absentee landlord who gave a lot of orders. I wasn’t happy with my union, so I decided to strike. It didn’t go down as planned. So now I’m here and enjoying the view, passing the time until the Apocalypse begins. Speaking of which, any idea where I can get my hands on a decent Antichrist?

There are many places that I have called home, but my current address is over on the upper East Side in New York City. What can I say? I like a room at the top, (a redhead on top is fun too) and the penthouse seems to fit my needs rather nicely. I like to travel, the big cities seem to attract me, but I occasionally dabble in a desert or two if the mood strikes.

Not going to lie, they did break the mold when they made me. With jet black hair that ladies love to tangle their fingers in and ice blue eyes that demand your attention, I’m quite the package. (We won’t even talk about my real package... just know it’s perfect.) I’m charming, love a fine wine, and am talented in many fields-- you should see how long I can hold my breath under water--oh, and I hate getting my hands dirty, pet peeve of mine.

Trust me, an evening with Luce is one you most certainly won’t forget. 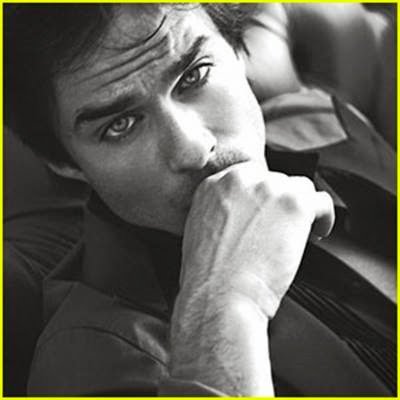 Worst quality? I don’t feel I have one. Best quality, I’m going to need more room to fill you in on my splendid attributes.

I’m not the bad guy they make me out to be. Dirty rumors... all lies.. well, maybe not all lies. But the truth has become very twisted.

Oh Darling, do you have any idea who you’re talking to? Do you really think I would tell you my biggest secret? Sorry dear, not today.

A bad hair day, thankfully I’ve never had one.

To tear Michael’s wings from his back mid flight. That, or a good scotch.

I single handedly organized a rebellion against God. I attempted to take down heaven. I turned angels into demons and watched as my kin fell with me from grace... so I’d say I set the bad boy bar.

I am thrilled you asked that!You can read all about it in my memoir, Taming Darkness...

Two Blondes, a jacuzzi, and me.

Thinking about the honey haired beauty waiting for me in the other room. (Shhhh... That’s our secret, don’t tell Lilith.)

Now why would I tell you that? You might try to take it. Besides, I gave it away to a human girl that has posed to be a recent distraction for me lately.

I fell once, and as a result have a rather distinct scar on my back. I guess it’s my fault, I didn’t play nice with the other angels at school that day.

Little children. Disgusting really. Nothing but vile breeding grounds for germs, and they only grow up into pathetic disappointments.

Pharrell... If I hear that damned “Happy” song one more time... Seriously? Have you looked around? What the f**k do you people have to be happy about?

Not having a drink with Judas. He was very tense, and could have used one.

I do love the thrill of the chase, so I’m going to go with playing hard-to-get.

Jesus Christ... Relax, I’m kidding. No need to get those lacy panties all up in a bunch.

Kat Daemon. I can be real with her, she gets me.

Change? Why would I want to change me? How does one improve upon perfection?

“Better to reign in Hell than serve in Heaven.” ~John Milton, Paradise Lost 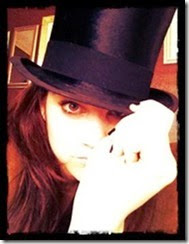 Kat Daemon grew up in New York where her imagination always seemed to get the best of her. When she’s not hanging with demons, she’s usually armed with a strong cup of coffee and dreaming up her next tormented character.

You can find out more about Kat and her books at www.katdaemon.com