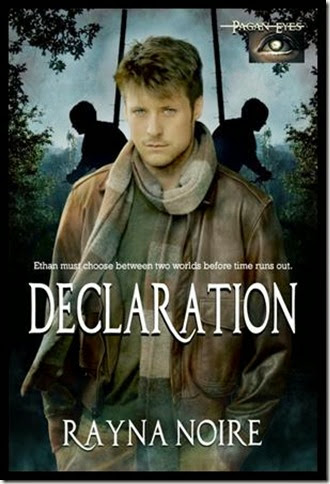 Ethan finds himself trapped between the world he knows and the world that could be. A sadistic bully, an unsympathetic principal, and an unreachable love interest make high school difficult for Ethan. He feels like he’s living a lie, trying to blend in at school in an effort to keep his head attached to his body.

The support his Wiccan family provides is negated by fear of not being the son his father wants. An impromptu trip into the future saves him from an enraged bully while instilling doubts about where he really belongs. Somehow, he has to find a way to survive in his own world tossing aside his mask and doubts.

Ethan hid in a dark doorway, panting, while he considered his options. No way Caulb and his felons in training would give up once they figured out he outsmarted them. Shouts echoing in the cavernous hallway alerted him. Danger was closer than he’d thought. Great. Weren’t schools supposed to be crawling with staff members looking out for the welfare of the students? Yeah, right. Too bad, he’d left his cell phone in Leah’s car. Not that it would have done him much good since the school used a dampener to keep students from texting in class.

If high schools were a theme park, then tenth grade was the roller coaster. It started uneventfully. The most stressful part had been fending off all the helpful staff members, who wanted to redirect him to the middle school, assuming, since he was shorter than a good portion of the girls, he wasn’t old enough for high school.

The voices veered off to the left, down the science corridor. A window of opportunity opened up. Ethan shot up the hallway to the gym, where the wrestling team practiced earlier. His father had nagged him to try out for the wrestling team. Even the coach asked him to give it a go, because they needed someone in his weight class. Most of his matches would forfeit due to not having anyone in his class or he’d end up wrestling a girl, the coach said. No thanks. He already had enough things to be teased about.

The dimly lit hallway stretched as if it were endless. Maybe this was a dream and he’d wake up soon. Caulb’s voice filtered down the hallway. His bass timber was menacing enough without the eerie quality of it bouncing off the metal lockers and taking on an almost mechanical quality. Caulb was a deadly droid, on the mission of annihilating anyone who didn’t conform to his standards. Unfortunately, no tip sheet existed to specify what his standards were. All Ethan knew was, he didn’t meet them.

The gym doors came into view. Sanctuary. He swung the door open with a gasp, unsure what he was going to say. All he had to do was stick close to the coach. Maybe he could say he needed to use the phone to call home. His eyes darted around the empty gym. Where was everyone? An image of the wrestlers in their spandex suits came to mind. They were dressed in their team apparel when he’d seen them earlier, which meant they were probably at an away meet, and why no one was in the gym. The lights illuminated the wooden floor and abandoned mats.

He took a few steps into the gym, stopped, and turned slowly, seeing no sign of following bullies, or an almost friend who stabbed him in the back. His lips pulled down into a frown, remembering the different expectations he’d had for the night, much different.

I always wanted to write, but I also wanted to fly with actual wings too.

I had a poem published when I was fifteen.

About six years, two years with an agent, another two and half years when an editor who left the agency. Another publisher finally picked it up.

I substitute teach. I am a retired teacher.

Declaration. Life is hard when you don’t fit it in.

The Pagan Eyes series is through Sleeping Dragon Press.

It depends on the book. Usually 3-6 months.

Book four, Affirmation in the Pagan Eyes series. Druidic Dreams series is coming after that. It is a YA series dealing with Druids.

There’s were the problem comes in. I write about real issues with characters that are left of normal.  Then there is the issue of time travel. Sometimes they are under paranormal and other times, urban fantasy.

I felt it was missing. Too many people write about witches in the stereotypical evil fashion. There are many witches and Wiccans around the world who would enjoy a realistic portrayal.

The grandparents because they are so flamboyant. They love their grandchildren fiercely and would do anything for them.

In the Pagan Eyes series, I asked for suggested title names on FB and picked from them.

I have a general idea, but traits come out as I write.

Obvious messages that any reader can take away from the story, such as: believe in yourself.

Depends on where I am at as to which format I use. The tub and poolside demand paperback. E-books work well on the treadmill.

Abba, which is strange because I can’t even remember them as a group, but hearing their songs in movies, has hooked me. 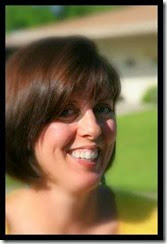 Rayna Noire is an author and a historian. The desire to uncover the truth behind the original fear of witches led her to the surprising discovery that people believed in magick in some form up to 150 years ago. A world that believed the impossible could happen and often did must have been amazing. With this in mind, Ms. Noire taps into this dimension, shapes it into stories about Pagan families who really aren't that different from most people. They do go on the occasional time travel adventures and magick happens.