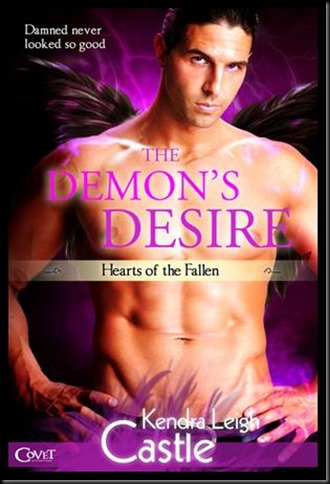 The Demon's Desire
Hearts of the Fallen

He’s as dark and dangerous as the storms he once commanded…and she can’t get him out of her heart.

Dru has spent two thousand years fighting to keep the people of Terra Noctem safe. In all that time, she's only opened her heart to one man, with disastrous results. But when her city takes in a group of renegade Fallen, she finds herself drawn to the brooding and tormented Meresin, despite the fact that he seems to be the least redeemable of them all. When his instability hits a breaking point, Meresin’s only chance at survival is a perilous journey into a place from which few ever return. What he never expected was that confronting his demons would mean risking not only his future, but Dru's as well...and that one stubborn vampire might give him back not just hope…but his heart. 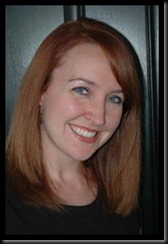 Kendra Leigh Castle was born and raised in the far and frozen reaches of Northern New York, where there was plenty of time to cultivate her love of reading thanks to the six-month-long winters.  Sneaking off with selections from her mother’s vast collection of romance novels came naturally and fairly early, and a lifelong love of the Happily Ever After was born.  After graduating from SUNY Oswego (where it also snowed a lot) with a teaching degree, Kendra ran off with a handsome young Navy fighter pilot and has somehow accumulated three children, three dogs, and one enormous cat during their many moves.

While stationed in a remote corner of the Nevada desert, Kendra penned her first romance, and a career often spent working in fuzzy slippers and pajamas was born.  Her work has garnered both critical praise and award nominations, but the best part has been connecting with readers who share her love of dark romance (not to mention heroes with sharp, pointed teeth).  Kendra currently lives in Maryland, and can usually be found curled up with her laptop and yet another cup of coffee working on her next book.  She loves to hear from her readers, and can be contacted via email or her Facebook page.