Book Blast and Giveaway: The Man Without Rules by Tyffani Clark Kemp 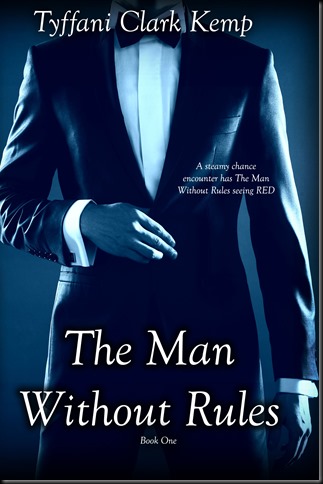 Book Info-
Title-The Man Without Rules
Series-Without Rules Series # 1
By- Tyffani Clark Kemp
Genre-Erotica
Expected Publication-September 5th, 2013
Blurb-
Sebastian Boa is "The Man Without Rules." Rules just don't apply to him. When he meets Mariss Red one night at one of his night clubs, he sets his sights on her and makes a play. But Mariss is married and she has no desire to lose what she loves for a one night stand. The harder Sebastian tries the more Mariss refuses and he realizes that his feelings for her may be deeper than he ever thought possible for a man like him. And he finds himself changing to be worthy of the one woman who has ever told him no.
Links-
Goodreads- http://www.goodreads.com/book/show/17912138-the-man-without-rules
Trailer- http://www.youtube.com/watch?v=ASSsrpKAOng


Excerpt:
Sebastian took Mariss by the arm and pulled her down the hall. "Go to the car, Hellena," he growled. "You're going home." He sent a quick text to his driver as he led Mariss to one of the empty edit bays. Sebastian locked the door and pushed her up against it. His knee, he slid between her legs and used it to lift her until she was at eye level with him.
"What are you doing?" Her voice came breathy and lacking conviction.
"I'm going to kiss you." Without waiting for permission, Sebastian pressed his lips to hers. He didn't care that she tasted like a chili cheese burger with extra onions. What mattered was the taste and feel of her lips against his. His tongue explored the depths of her mouth, caressing her tongue as he did.
She didn't push him away. It occurred to him that she wasn't able to tell him no, but he continued to kiss her until he'd had enough.
He had yet to realize that, with Mariss there was no such thing as enough. Most women were out of his system within weeks, but Mariss had been lurking there, tainting his blood for over half a year.
The kiss turned heated and hungry. Mariss moaned into his mouth and her fingers found their way into his hair. It was his turn to moan as the feel of her fingers on his scalp once again sent tingles up and down his spine.
"I want to take you to bed, Red." 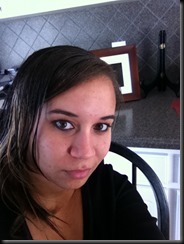 Tyffani Clark Kemp has been writing since she discovered in the sixth grade that it wasn’t enough just to read about fantastic places, but she could create her own. She weaves small bits of herself into everything she writes whether it be a science fiction piece about aliens or a dramatic romance fraught with conflict and love. She lives in South Carolina with her family and her fluffy shii tzu-mix dog who thinks he’s a Saint Bernard.
Links-
Goodreads- http://www.goodreads.com/author/show/6557179.Tyffani_Clark_Kemp
Blog/Website-http://tyffanickemp.com/
Facebook- https://www.facebook.com/authorclarkkemp
Twitter- https://twitter.com/MovieStarEyes
Pinterest- http://pinterest.com/moviestareyes/
Posted by Unknown at 11:00 AM