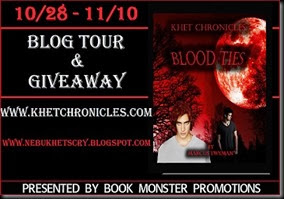 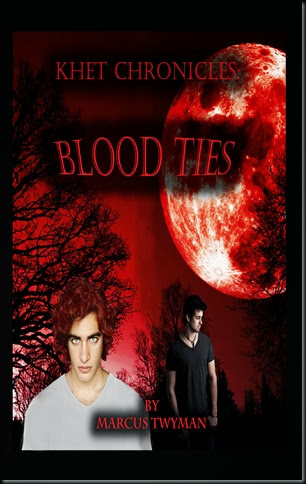 Kalin Moshire and his stepbrother Shane, struggle to survive in a hidden society of people known as the Khet.

They are hunted, not only because Kalin is the last of his lineage and therefore the rightful heir to the throne, but also because of his brother, Shane's heritage. Shane is the only living hybrid, a link between the Khet and the normal human's known as Sapes. There are many Khet that will stop at nothing to keep their bloodlines "pure".

From the cozy suburbs of Montgomery County, Maryland, to the busy streets of New York City, across the desert sands of Egypt, to the rocky cliffs of Ireland - Kalin must unravel the truths that have been hidden to him since childhood and fight for the right to live.
Will he be able to fight for a place in Khet and Sape society, or will bigotry, greed, and hate destroy him.

$10.00 gift card to Amazon and an eBook of BLOOD TIES to one winner 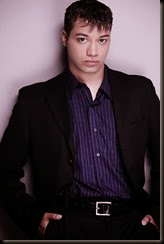 Marcus Twyman has lived most of his life in Montgomery County, Maryland. Since he was a child he's enjoyed writing stories, songs, and poetry - using the power of words as a therapeutic release for his feelings and emotions.

Now living in New York City, Marcus has been slowly adapting to the bustling concrete jungle and is incorporating his new experiences into his writing.