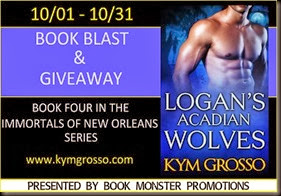 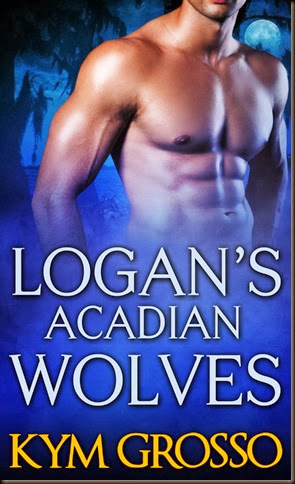 Book Description:
An erotic paranormal romance...
Deep in the heart of New Orleans, Acadian Wolves’ Alpha, Logan Reynaud, rescues a beautiful woman in the dead of night. Intrigued by the mysterious human, the commanding Alpha is determined to elicit all of her secrets, including her deepest fantasies. After tragedy strikes, Logan discovers dangerous adversaries are planning an attack in his city. Driven by responsibility and honor, Logan must protect both his pack and the woman who’s captivated his attention.
Dr. Wynter Ryan, a leading virologist, is fascinated with her charismatic protector. As the chemistry ignites between her and the dominant Alpha, she relinquishes her ties to the past, embracing ecstasy and submission within his arms and intrepidly acquiescing to her own adventurous instincts. Succumbing to desire, she learns to trust her Alpha, discovering what it means to be wolf.
Passion and mystery on the bayou stirs Logan’s wolf, demanding he claim his mate. Yet Wynter’s a distraction he can’t afford when his priority is to lead his new pack. Will Logan surrender to the uncontrollable need to claim Wynter as his mate? And will he be able to keep her alive, finding the killer who threatens the Acadian Wolves?

“That he is. My gut tells me he abides by some code of honor, but don’t ever mistake him for anything but what he is,” Logan warned.

“A monster?” Logan smiled. “Battle not with monsters, lest ye become a monster.” She laughed. “Another quote?”

“Friedrich Nietzsche,” Logan confirmed. He took her hands in his. “We have a few hours before it’s time to leave. I know I should be encouraging you to go relax, take a nap or something sensible like that.”

“Relax, huh? How ‘bout a bubble bath? Or a massage?” She winked and dragged her finger down his chest.

“A bath sounds good to me as long as I’m in there with you.” Logan pulled her flush to him, burying his head in her neck and growled. “You drive me crazy, do you know that? I can’t keep my hands off you.”

Wynter giggled, growing aroused, loving the feel of his warm lips on her skin. She looked over to the table and gave him a sexy smile. “My Alpha,” she began seductively. “You know, I just noticed that this is a really nice table. Sturdy. Long. Hard.”

My Alpha? Logan’s cock thickened at her words. The table isn’t the only hard thing in this room, baby. He glanced to its wooden top then back to her with a smile.

“African mahogany. A friend custom made it for me. You like?”

“Oh I like. I mean, it looks very functional. I bet we could get a lot ofwork done at this table,” she mused with a wink. Meeting his eyes, she gave him a suggestive smile and cocked her eyebrow. She slid her hand down between his legs and cupped his hard arousal. “You know, I always wondered what it would be like to be a secretary. I’ve been looking around here, and it seems you’re in need of some assistance.”

“How about I fill in for your secretary today?” she asked. “I’m very good at dictation, sir.”

Logan eyed Wynter, hardly believing he could be so lucky. His naughty little wolf wanted a romp in the office? Seriously? His brain said ‘no way’, but his burgeoning erection said, ‘hell yes’. He’d have to be careful not to get carried away. His wolf wanted this woman in the worst way, sought to claim her.

“Sweetheart, I don’t think you know what you’re askin’. My wolf, he’s restless.” He gently nipped at her collarbone, as if to give her fair warning. If he took her, it was going to be rough and hard.

“But I do...I know exactly what I’m agreeing to.” Wynter leaned into Logan and placed a kiss to his chin then dragged her tongue along his bottom lip and kissed him.

“Do you now?” Logan grabbed a fistful of her hair, gently pulling her head backwards. Revealing her neck, he licked at the hollow until she gasped.

Other Books in Series: 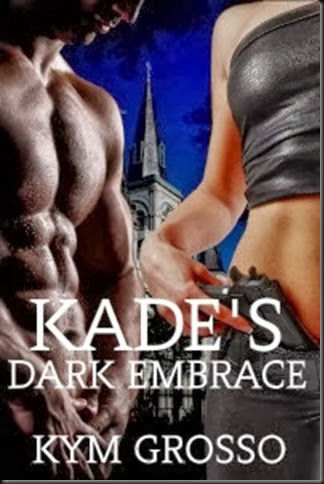 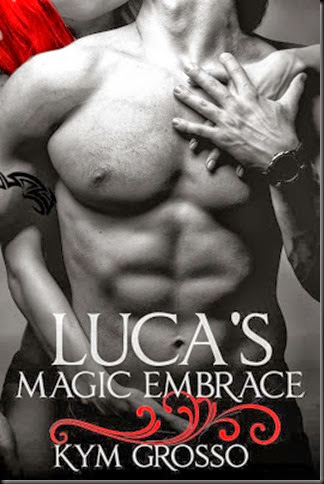 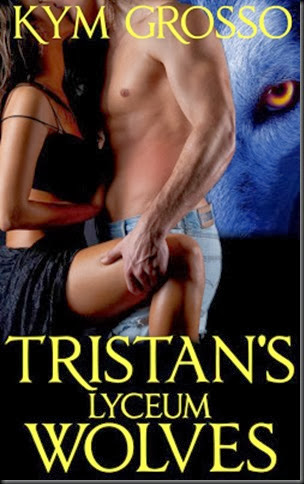 will receive an eBook of their choice from one of the first three books in the series, either KADE'S DARK EMBRACE , LUCA'S MAGIC EMBRACE or TRISTAN'S LYCEUM WOLVES. 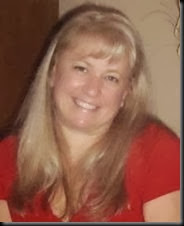