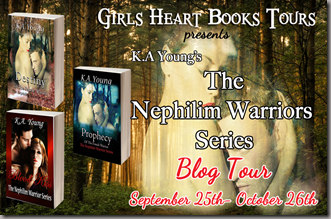 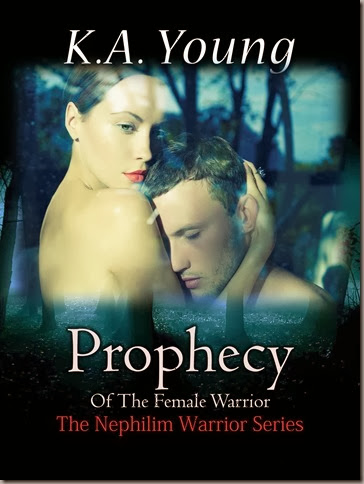 Title- Prophecy Of The Female Warrior

Anna Wilkins is a prototypical housewife. She buys groceries, picks up the dry cleaning and hosts dinner parties.

Everything was picture perfect from the outside looking in until the life she was born to live collided with the life she was living. Her husband is murdered by a creature from another realm, a creature that is only visible to her. Through her pain, his death awakens a part of her she didn't know existed. She is then thrust into a life of Vampires, Werewolves and Sexy Nephilim Warriors.

Drawn to her by a bond as old as their race, a Nephilim Warrior finds Anna at her darkest hour and seeks to arouse what lies dormant within her. The scorching sexual attraction she and the Warrior feel for one another may be beyond anything either of them can control... 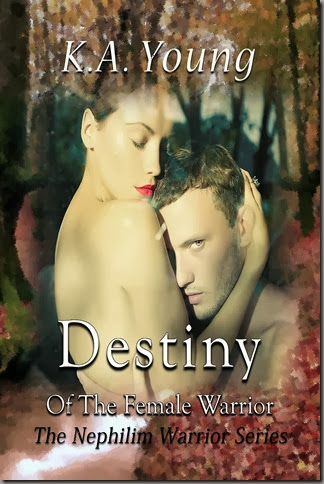 Title-Destiny Of The Female Warrior

Nothing has ever come easily for the last female warrior of the Nephilim. Now that Anna has found her place in the world, she has much to learn about her new role as Queen. As the mating bond becomes clear, emotions run high as one of the sexy warriors must step aside while the other takes Anna as his Queen and assumes the throne.

It is a wild ride, as Anna must return to Georgia to deal with a vampire that is waging war on residents of her hometown. Luckily, she has her best friend/paired sorceress Elise around to keep things interesting. Anna struggles to find the perfect solution that would allow her to remain loyal to her past as well as honor the responsibility of her present. 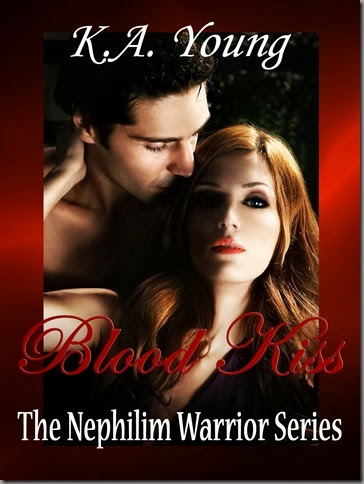 Julie manages her life the best way she knows how, by waking up everyday and putting one foot in front of the other, along with a little help from modern medicine. Most days she holds things together pretty well; as the mother of twin toddlers and a wife to a husband she can barely stand she still manages to keep up appearances and paste a smile onto her face. Until dreams of a sexy vampire plague her nights leaving her panting when she wakes.

Julie begins to struggle with her own urges though she dare not admit aloud that she now has a taste for blood. She longs to indulge her desire by taking the vein of the vampire that makes her quake with need. How much longer can she keep the creature inside of her at bay? Only time will tell if Julie is strong enough to resist her darkest desire or if she even wants to try.

The story continues but this time around we follow the story of Anna’s sister Julie. For years Julie have been having some crazy dreams, all in them she shares a weird kiss with a strange man. Now as part of the peace agreement between vampires and Nephilim, that man wants to claim her as his queen.

But the vampire King Drake never counted that her true mate would be present the night she finds out about her destiny. Julie discovers that all is not well about her dreams and soon the truth is reveal, shattering her world. Whom do you trust when everyone have lied to you?

Let me start by saying this. Young have create a hell of a series here. I was once again hooked from pace one. Young creates fierce warriors and their mates also doesn’t disappoint. Julie is just as strong as Anna and she doesn’t let her be fooled by those trying to manipulate her world. As the story progress Julie discovers her warrior side as well and starts using it.

Where we were swooning over Eli and Nyoka we are now feasting on Torch. A rare warrior of both vampire and Nephilim bloodlines. But I must say, this one had me drooling on my screen. All alpha male! Young’s males can be matched with those like The Black Dagger Brotherhood, Immortals After Dark, Lords of The Underworld and many more. So if you love those males, you’re going to eat up Young’s as well.

Once again a well-deserved 5 stars from me. 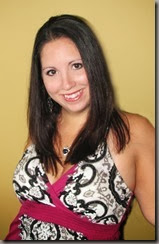 K.A. Young is a paranormal/ urban fantasy romance author that lives with her family in the South. She began writing because her mind was swimming with incredible stories that were begging to be told. Her love for reading began as a small child when she realized that a good book was an instant escape to a mystical land that could be reached anytime and from anyplace.