Book Blast and Giveaway: Echoes by Charlene A. Wilson 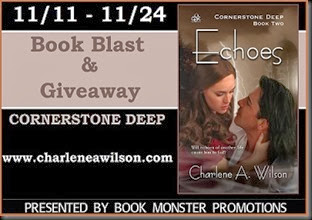 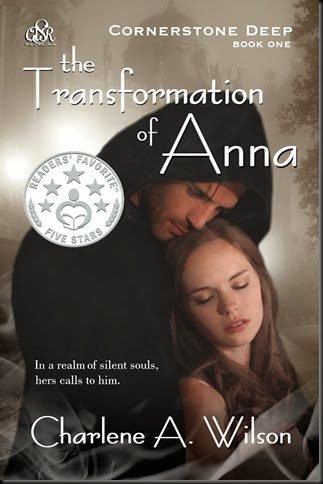 The Transformation of Anna

For centuries, Cole Shilo has harvested the homeless, wiped their memories, and delivered them as servants to the nobles of Cornerstone Deep. When Cole is sent to harvest a second-class woman who has broken curfew, he expects no different. But Anna Sinclair’s soul calls out to him. Soul mates aren’t possible on Cornerstone Deep…

“My life is a mirage of endless time. But you engulf me, rivet my mind, encompass my soul.”

The Transformation of Anna - EXCERPT

Cole unstopped the slender vial and gently lifted Anna’s head to administer the potion. As he carefully tipped the container to her lips, tremors traveled down his forearms. His hands quaked. The amber liquid jumped to the brim and he quickly tilted it upright. Gods, Cole, control yourself. She needs every drop.

A soft palm rested on his wrist and Cole’s gaze shot to Elaina’s. When had she returned and how did he not pick up on the strong compassion emitting from her when she had? Her blue eyes looked deep into his, understanding with a touch of sadness. “Let me do that, Cole. You’ve been through enough.”

He wasn’t sure if the tremors were from anticipating a fortunate outcome or from sheer anxiety over the whole ordeal, but he accepted her tender attention as a blessing. Vincent’s intervention with her was evident. He watched as she patiently poured small measures into Anna’s mouth.

Elaina turned to Cole and lifted the emptied container. “Well, that’s it. She got it all.”

“Anything, Cole.” She smiled and set the vial on the bed stand. “What about you? Can I get you a drink? It might calm you some.”

Nodding, he offered a small smile.

As she closed the door behind her, Cole eased himself onto the bed. “Don’t give up, Anna.” His faint words were swallowed by the silence of the room. “I’ll fix this and see to it nothing ever happens to you again.” Brushing his fingertips over her hair, he solemnly whispered a plea. “Don’t leave me.”

Her soft locks sent countless memories rushing through his mind—her smile, cheeky comments, blue eyes dancing as if life itself was a game. Her Arylinite spirit embraced every moment of love, able to see beneath façades that others deemed as truth. He sighed, knowing that side of her may have been unique to that lifetime—a result of her specialized upbringing in the Arylin colony of the northern territory.

He tilted his head and gazed over her still face. Her features were remarkably similar to Mianna’s. The gentle slope of her nose, the way she chose to wear her dark hair long, and he couldn’t deny her blue eyes when she’d looked at him. He cupped her cheek with his hand, gently stroking her lips with his thumb. They curved from a bow-tie center into a natural smile. So soft. Inviting. He leaned to her and lightly kissed them, then leaned his cheek to hers.

“Talk to me, Anna.” His breath was a plea. As much as he knew no answer would come, his heart called to her with his deepest wish.

He brushed his fingers down her neck to her chest, tenderly caressing her pale skin at the neckline of her gown. A strained pause caught his throat as he lightly followed her breast to her ribcage. “What’s in your heart?”

The tiny circles he drew on the thin fabric fed his longing for her touch. Supple creases followed his motion. To have her arms around him, the love they brought, had given him unmitigated comfort in a past life. It could be so again.

“My life was yours.” He kissed the circles he created. “Every moment, I found joy in you.”

He looked at her closed eyes. “Please, don’t leave me. Please promise you’ll be mine again.”

No emotion showed upon the visage of his love, but distant echoes of vows lighted his soul.

“Open to me.” He wondered if his whispered thought could possibly reach her unconscious mind. “Speak to me with your soul.”

Her lips parted and a chill flew through him. He waited, listened intently. Weak sensations touched his senses. “Anna,” he said aloud, hope rising. He cupped his palm to her cheek again. “Fight for it. Call to me.”

Cole’s heart ached. Yet, that small reaction spurred his resolve. He framed her face as he lowered to take her lips with his. “I’ll help you.”

The scent of licorice and cream fell from his lips as he called on his Breath of Zephyr. His soul’s voice owned his words. “My life is a mirage of endless time. But you engulf me, rivet my mind, encompass my soul.”

She inhaled his sensual gift and gasped for deeper intake.

Yes. Hope impossibly filled him. His muscles tightened with expectation. His heart pounded against his chest. “Call to me!” 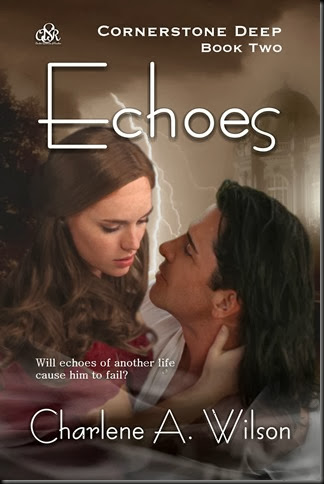 Nothing is sacred to Cole when it comes to keeping his love – not even covenants made with gods, and when Lord Dressen's obsession to have Anna soars, Cole pulls out all the stops. But, through all his efforts, lofty or damned, the truth remains.

Will echoes of another life cause him to fail?

“Every breath you take is a song to my soul.”

Sweet lavender greeted Cole as he entered the solarium. Tiny bobbles glowed from beneath the garden foliage, allowing the stars to wink through the wide skylights in the ceiling. He scanned the dark sky and an all-to-familiar longing for the five moons in his home realm returned. It was suddenly too dark in Cornerstone Deep, too repressive—a reminder of the deceit this plane bred.

Dragging his hand across his face, he released an uneasy breath. His father had been taken by greed. Just as his own standards had diluted to the point of performing acts that defiled ancient covenants. But if Sylis Shilo, a born Meridian and revered Sentinel, had succumbed to Terran influence…

Cole lowered his gaze as justification shadowed his acts. We were deceived. You had no right. The facts seethed in his blood. His father longed for his wife. How many times had he influenced her feelings? And how much of her desire was truly for Cole and not a result of emotional tampering?

His stomach knotted. The senior wizard had even suggested the charm created for Mianna. Unsigh. One heart—the ultimate sharing of passion. He had aided in its creation and in Cole’s desire to please his new bride, he had embraced the idea with his whole heart. I was a fool. It would have only made it easier for the master to read the emotions she shared.

Cole smoothed back his hair and paced a circle to expel anxiety. Surely, he would have felt betrayal in his love’s heart if there was desire for another man—especially when the spell joined their hearts…surely.

Adoration flowed from behind him, touched his senses. Slender hands smoothed his shirt to his waist and a soft form leaned to his back. His heart melted and he closed his eyes. Mianna. Despite his attempt to avoid an earlier meet, he couldn’t resist. He lifted his arm and turned to hold her in his embrace. As she met his gaze, Mianna’s soul once again spoke to his as none other had or would. Unrest fled. Doubt disappeared.

Her brow wrinkled with worry. “You’ve been distant.”

He brushed her long hair with a gentle stroke. “I’m sorry, my love.”

She caressed his forehead with her fingertips, erasing the tension there.

“Hush thy worries. Still thy mind.

For within mine arms,

Cares of life be gone.”

Cole rested his cheek on her soft locks, allowing her poetic tongue to soothe him.

light upon thy heart.

Gazes, speak of my soul’s want.

She gently placed her hand to his cheek, guiding him to look into her eyes.

“I long. I pray thee touch me.

Carry forth my will.

Leave behind the world, my love.

Be this moment mine.”

Cole’s heart wrapped around her plea and the reality of her return filled his being. She was his. Now and forever. “This moment, my life, my existence is yours.” He cradled her face with his hands. “Every breath you take is a song to my soul.”

Charlene is giving away the following prizes at the end of her tour: 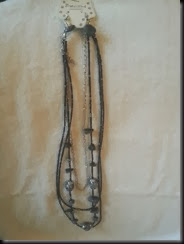 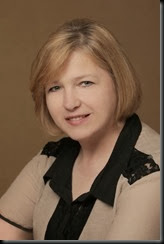 Charlene A. Wilson is an author of tales that take you to other dimensions. She weaves magic, lasting love, and intrigue to immerse you into the lives of her characters.

She began writing in her early teens when her vivid dreams stayed with her long after she had them. The characters and worlds were so amazing she brought them to life through her books.

Charlene resides in a small community in Arkansas, USA, with her two beautiful daughters, husband, and a very chatty cockatiel named Todder.