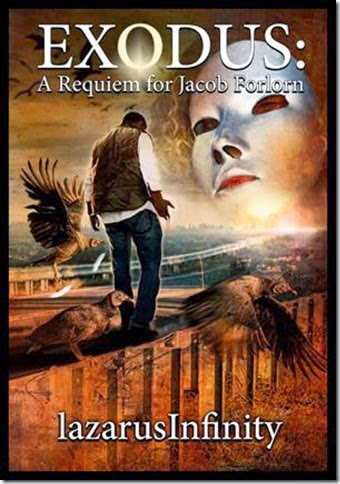 Exodus: A Requiem for Jacob Forlorn

Welcome to the dark side of love...

Jacob Forlorn is a beleaguered everyman escaping from the shadows of a bitter and broken past to find his place in life when he meets Miranda, a beautiful and mysterious woman with a past of her own. Drawn by love at first sight, a whirlwind interracial romance brimming with intense passion ensues, culminating in the birth of a beautiful child. But all is not well in paradise. Against the remains of a hidden past, something dark and deadly emerges, threatening to either warn Jacob or rob him of both his heart and his sanity. Jealousy, resentment and deception emerge, soon forming a deadly web of intrigue, lust and secrecy which all have repercussions far beyond anything he ever imagined.

As dark visions and nightmares haunt him repeatedly, Jacob soon begins to walk a very fine line between right and wrong, against a backdrop of misery and death that pushes him to the limits of his faith in God. Someone...or something is after him. The secrets of the past begin to destroy him both physically and spiritually, forcing him to make a dangerous choice.

Love. Lust. Betrayal. Vengeance. It all comes to an end and something has to give. The journey to Hell and back has now begun in this brooding and haunting dark fantasy.

**The sequel to EXODUS, REVELATION: THE RETURN OF JACOB FORLORN is also now available at all major retailers. 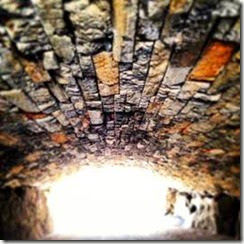 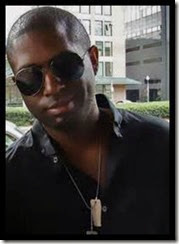 "Just keep writing." Out of those simple words grew a dream that would instill a profound sense of purpose within a young kid born and raised in New Orleans, LA. With only his dreams along with an insatiable drive to be the best he could be, this writer would grow from penning children's literature in the 3rd grade to later writing stageplays and screenplays in college. Heavily influenced by a who's who of incredible writers from Langston Hughes, Claude McKay and Ralph Ellison all the way to August Wilson, Arthur Miller and Aaron Sorkin, lazarusInfinity has continued to stretch his creative boundaries to encompass all forms of writing. In addition to writing contemporary fiction and children's stories, he is currently at work on several screenplays along with another novel.