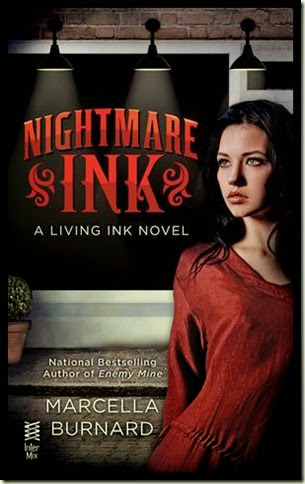 With the needle of a tattoo gun, Isa Romanchzyk has the power to create and destroy. In her shop Nightmare Ink, Isa helps those in need by binding the powers embedded in their Live Ink—the magical tattoos that can enhance the life of the wearer, or end it. But binding tattoos has earned Isa the contempt of her fellow artists—including her former lover Daniel.

When a friend comes to the shop with a tattoo on the verge of killing him, Isa can’t turn him away. For the first time in years, she works Live Ink into someone’s skin—something she swore she’d never do again. But breaking her vow soon becomes the least of her problems.

Isa is horrified to discover her friend’s body in the shop, but the real nightmare begins when she’s abducted and inked against her will. Now, as she seeks retribution from the man who betrayed her, Isa must figure out how to bind her Living Tattoo before it consumes her completely...

Isa refused to let the multiple puncture wounds in her thigh paralyze her. Entirely. Especially not when Troy texted that someone wanted a flat ink tattoo from her.

She hobbled through the snow to Nightmare Ink.

A tall, slender young man with neat black hair and dark eyes opened the shop door as if he’d been watching for her. He wore dress slacks, a crisp white shirt, and a navy sweater.

“Like I belong in church with my grandmother?” he interrupted, smiling. “I will be shortly. Your coat. Allow me.”

As Ria took her jacket, Isa caught Troy Daschel, a flat ink artist leasing shop space from her, eyeing the pair of them from where he sat behind the reception desk. He rose and held out a hand. “Here. I’ll hang that up.”

“Gracias.” Ria gave Troy her coat. “I understand you are injured, señora. I am sorry to hear this. You are well enough to do a tattoo for me?”

“Already done,” Troy said over his shoulder as he hung her coat in the back hallway.

“Have a seat,” Isa said, leading Ria around the reception desk to her station. “What are we doing?”

He settled into the chair as she switched on her work light. His gaze on hers, Ria turned his face so the overhead lamp spotlighted his left cheekbone. The light caught the three ink teardrops tattooed there.

Isa’s heart bumped down her ribs to her toes.

Teardrop tattoos were supposed to represent a tally of the murders the wearer had committed. It didn’t stop thug wannabes and stars promoting an image from getting teardrops inked on their faces.

But Ria wasn’t a wannabe.

Isa didn’t know what the young gang leader and his gang did in Ballard. Didn’t want to know. It was enough that Ria had been her first customer at Nightmare Ink. He came to her when he wanted tattoos. He brought his people suffering Ink Madness to her for binding.

Still watching her, he put a hand in his pocket and brought forth a gold and onyx ring like the one he wore, like all of his people wore.

“Emilio,” he said. “Tragic, senseless waste. Stupid. His funeral is in two hours.”

Isa rubbed the heel of one hand up her forehead.

“A quarter of the Seattle Police Department is inspecting my basement, Ria,” she whispered. “Do you really want to advertise the fact that you killed one of your own people with cops crawling all over?”

His fist closed on the ring until his knuckles turned white. “Yes. I do. Think of the stories that will be told. Police watch while I get another tattoo for another tool that failed me. A powerful message to the rest of them. Do not tell me you won’t do it.”

Refusing to work on Ria wouldn’t change anything. She turned on her tattoo machine and drew the iridescent black outline of a fourth teardrop into the skin over his cheekbone.

As if she weren’t jabbing him repeatedly with needles, Ria didn’t move a muscle until she finished and handed him a mirror.

“Bueno,” he said, inspecting the work. “I will go to the funeral with a warning label written by your hand. You save lives.”

He rose and walked away.

Troy, working not four feet away from Isa’s station, shut off his tattoo machine and straightened.

At the reception desk, Ria pulled a couple of folded bills out of a pocket, counted off three, and tossed them to the counter.

With a glance back at her, he flicked something else to the countertop. It clinked, hollow and metallic as it hit and rolled. 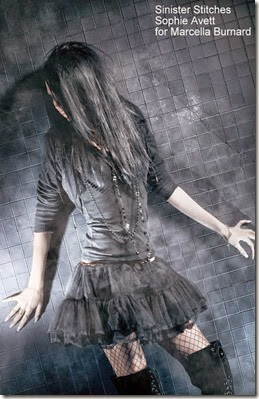 The writing playlist leans to the creepy. Usually, I don’t want someone else’s words competing with writing, so most of the music is instrumental. Lisa Gerrard is the exception. The Myst soundtracks in my mp3 player are Myst, Riven and Exile. Exile is my favorite (Peter Gabriel had a bit of a hand in that soundtrack and that’s a huge win from my perspective.) The Halo soundtrack is usually reserved for writing science fiction, but there were scenes in NIGHTMARE INK that called for some fight music. By far, however, Nox Arcana got the most play. Nox Arcana defines creepy. Every one of their albums is a concept album built around a theme. But here. YouTube links so you can sample the music I piped directly to my brain while I wrote NIGHTMARE INK. 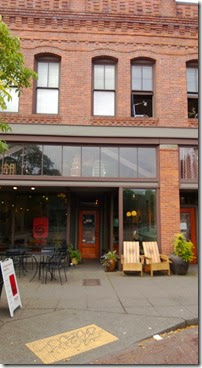 Marcella’s writing fuel, inside the teashop above. 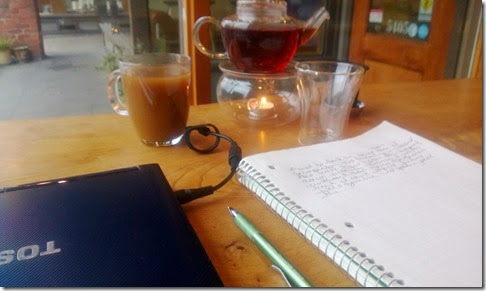 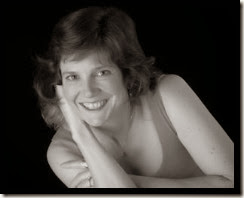 Marcella Burnard graduated from Cornish College of the Arts with a degree in acting. She writes science fiction romance for Berkley Sensation.

Her first book, Enemy Within won the Romantic Times Reviewer’s Choice award for Best Futuristic of 2010. The second book in the series, Enemy Games, released on May 3, 2011.

An erotica novella, Enemy Mine, set in the same world as the novels was released as an e-special edition by Berkley was released in April 2012. Emissary, a sword and sorcery short story released in the two volume Thunder on the Battlefield Anthology in the second half of 2013.