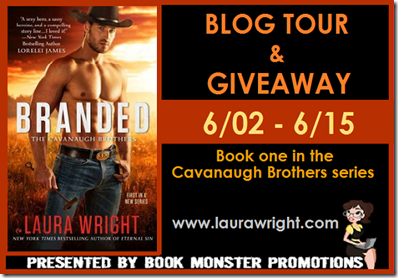 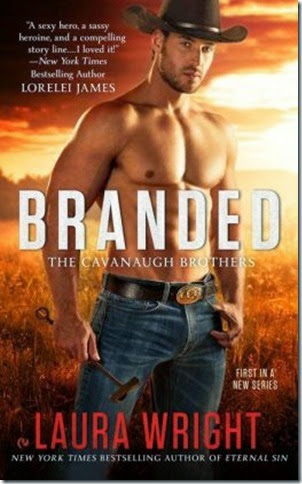 In the small town of River Black, Texas, sits the Triple C—a working cattle ranch that sustains the town. But it also holds painful memories and shocking secrets for the Cavanaugh brothers....
When the Cavanaugh brothers return home for their father’s funeral, they discover unexpected evidence of the old man’s surprising double life—a son named Blue, who wants the Triple C Ranch as much as they do. The eldest son, Deacon, a wealthy businessman who couldn’t wait to leave the ranch and move on with his life, is looking to use his powerful connections to stop Blue at any cost. He never expected the ranch’s forewoman, Mackenzie Byrd, to get in his way.
Mac knows Deacon means to destroy the ranch and therefore destroy her livelihood. But as the two battle for control, their attraction builds. Now Deacon is faced with the choice of a lifetime: Take down the Triple C to feed his need for revenge, or embrace the love of the one person who has broken down every barrier to his heart.

Standing there, hip cocked, in her gray dress and her black heels, those midnight blue eyes fixed on him, Mackenzie Byrd looked like she wanted to rip his head from his body and feed it to the squirrels. Better yet, use it as a receptacle for nuts come winter.

“You are one cold hearted bastard!” she said, stepping into the room.

Deacon tracked her movement. He barely remembered how she’d looked as a kid. Lots of mud, scraped knees, big eyes. But her attitude – that had stuck with him. She’d been all fireworks and fits. Now, however, he had both to contend with. Beautiful woman and ferocious hellcat.

“Mac,” Cole began as she came to stand before Deacon. “I’m really sorry about this.”

She shook her head. “Don’t. This wasn’t your doin.”

“Have something to get off your chest, Mackenzie?” Deacon asked, noticing just how tall she’d become. She was nearly eye to eye with him in those heels.

“I’m trying real hard to understand you, Deacon.” Her eyes moved over his face. “I’m trying to understand why you’d come to a funeral and act that way.” She put a hand up. “Forget for a moment that the man lying in the casket is your daddy.”

Deacon frowned. He wouldn’t forget that. Ever.

“Why would you choose to express yourself and your anger that way?” she asked.

“We all wanted to know the answer to that question,” Cole ground out.

“Is that right?” Mackenzie said, glancing over her shoulder. “And did you get an answer?”

She turned back to Deacon. “So?” She put her hands on her hips and gave him a hard, impatient stare.

Not unlike his connection with his brothers, there was a flicker of need inside of Deacon to connect with Mac, too. The house, this land, all that had been in the good times, it was right powerful. But he wasn’t here to reminisce or release the demons inside him. Shit, he needed those demons. They’d made him rich. And they’d get him the Triple C.

“I don’t owe you an explanation, Mackenzie,” he said in a tone that he usually reserved for the Cavanaugh Enterprises boardroom.

Her eyes narrowed. “Oh, come on. Don’t go all corporate dickhead on me, Deacon Cavanaugh. I helped Cole here pull thorns out of your naked ass that time you fell in a briar patch.”

His lips twitched. “That was James.”

“Oh, right,” Mackenzie agreed, nodding. “You were the one who pissed yer pants when your brothers zapped you with a cattle prod.”

Both his brothers snorted and Deacon’s nostrils flared. “Are you done?”

“Not by a long shot.” She moved an inch closer. He could smell her perfume. Something flowery. Not at all what he’d expect from a foreman.

“What the hell’s happened to you?” she asked, her tone a little less aggressive than it was a moment ago. “I mean, you were never the friendliest kitten in the box when we were young, but you weren’t ruthless or heartless. Or shit, pointless.”

He looked down his nose at her. “You know exactly what happened to me, Mac. Cause it happened to you too, and to those two jackasses on the couch over there.”

She went pale instantly. And after licking her lips and clearing her throat, she uttered softly, “Cass.”

The answer moved over her, maybe even inside her, and she straightened her shoulders. “Are you telling me that these past six years you’ve been trying to buy, steal and bully your way to taking over this ranch because of Cass?” The pissed-off tone was back, and her eyes were flashing blue fire. And hell, that rich flowery scent – lilacs, maybe? – was pushing its way into his nostrils. “You stood up before a group of mourners and told them that their life, their work, the business that sustains this town, was gonna be destroyed because of Cass?” She laughed bitterly. “That’s insulting to her memory. And it makes no sense.”

“It doesn’t need to.” Not to you, Mackenzie Byrd.

“This was Cass’s home, Deacon. Where she ate and slept and played and loved you and Cole and James. She wouldn’t want this.” Her brow lifted. “So, either you’re being a heartless asshole or there’s something else going on here.”

Without hesitation, he said, “I’m a heartless asshole, Mackenzie.” 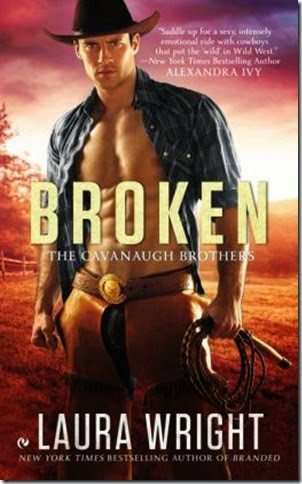 The Cavanaugh brothers left behind River Black, Texas, long ago. But after their father dies, bequeathing them the Triple C, a cattle ranch that sustains their small town, they return—and confront the painful memories of their childhood home and the truth about their sister’s murder…
For years, James Cavanaugh has traveled the world as a horse whisperer, but even the millions he’s earned hasn’t healed the pain he hides behind his stoic exterior. Forced to tackle old demons at the ranch, James throws himself into work to avoid his true feelings. Until he meets a woman who shakes the foundations of his well-built walls…
Sheridan O’Neil’s quiet confidence has served her well, except when it comes to romance. Tired of rejection, she’s ready to swear off men. But after being rescued from a horse stampede by the most beautiful cowboy she’s ever met, her resolve wavers. Only, as Sheridan uncovers James’s belief that no woman is safe with him, she wonders if such a wounded man could ever give in to love, or if some hearts are too broken to be healed…

Character Bio: Billionaire CEO of Cavanaugh Group. Flies a helicopter in the city. Rides a stallion in the country. Wants for nothing – except the ruination of his family’s ranch. 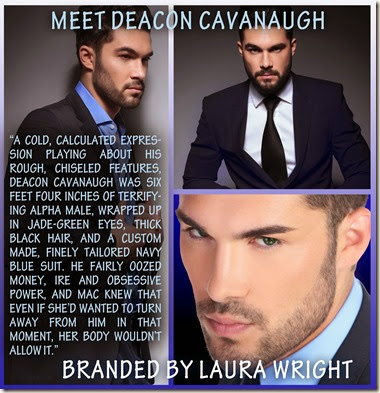 That I’ve become shy in my old age

Nope. Can’t do. I feel blackmail coming on

To not be afraid of flying.

Not as much as I used to be. But I’ve still got a rebel’s heart!

Got it. Home, family, food on the table.

Stressed. That is my ‘always’ state of mind, though.

Don’t despise anyone. Well, I have strong dislike for people, but I’m trying to work on my karma, man!

Don’t believe in them. You can change anything.

Thick wrists. Oh, wait. That sounds way to shallow. Let’s say.. Sharing their passion with me.

Nurturing, honest and supportive of other women.

The Pope is pretty darn amazing, I have to say!

I need to work out more.. 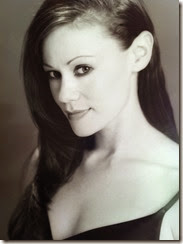 Author of the Bestselling Mark of the Vampire series, Laura Wright spent the early years of her life immersed in the worlds of singing, acting and competitive ballroom dancing. But when she started writing, she knew she’d found her true calling. Laura lives in Los Angeles, California with her husband, two children, three dogs, two frogs and two fish. She’s been thrice nominated for a Romantic Times Reviewer’s Choice Award, and loves hearing from her readers.