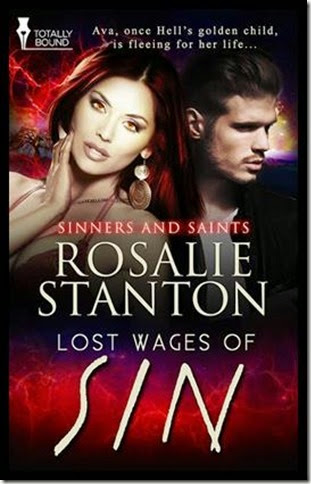 ASIN: Not yet available

Working for Lucifer is the best job in the universe, until the day it’s not. Then you’re on your own, with Hell at your heels.

Ava, Sin of Greed, has had a rough week. The angel she planned to make a life with left her with nothing but a Dear Jane letter. Even worse, Lucifer believes she spilled Hell’s secrets to her ex, and her boss’s temper is notoriously apocalyptic.

For centuries, Dante kept his feelings for Ava under lock-and-key. The one time he pursued something more, he nearly lost her for good. Lesson learned. However, when he hears of her planned elopement, all bets are off. Not having Ava was a reality he could accept. Losing her to an angel is something else entirely.

Now, Ava, once Hell’s golden child, is fleeing for her life. When her old friend Dante shows up, her first instinct is to send him packing. But Dante is more than a friend—he’s the only other man who tempted her, and his fierce loyalty challenges everything she thought she knew about him. As Ava prepares to battle the devil himself, she can’t keep from getting closer to Dante…though she doubts her heart can survive another break.

Someone thumped her on the shoulder and sent her spiraling out of her thoughts. A jolt rushed through her body and everything went on autopilot. Ava jumped to her feet, formed a fist, and landed a blind punch in less than three seconds. It took another ten seconds for her scattered mind to piece together what had just occurred, and by then she was staring into an all-too familiar pair of crystal blue eyes.

“Fucking hell,” he cursed, cradling his nose and scowling at her. “What’d you do that for?”

“What the hell were you sneaking up on me for?”

Ava looked around, then waved a hand. “This is a graveyard, Dante. In the middle of the night in Nowheresville. You don’t just…I dunno, touch someone. You let someone know you’re there.”

“And here I thought getting your attention would do that just fine.”

“Next time I’ll read the fucking rule book.” Dante dropped his hands and sniffed. A small fleck of blood colored the space between his nose and lips, but other than looking a little swollen, he seemed otherwise undamaged. “If this is the way you greet your friends, it’s no small wonder the whole of Hades is after your sorry ass.”

Ava’s shoulders dropped and she rolled her head back, a long groan riding off her lips. “You know about that?”

“What other reason would I have to be… Where the fuck are we?”

Dante offered a dramatic sigh, though something in his eyes told her he’d only asked for show. Even at his drunkest, he wasn’t the sort to forget what state he was in.

“Mississippi,” he muttered. “So that’s what that smell is.”

On the other hand… Ava straightened her spine and arched an eyebrow at him. “So…what? You come out here to make fun of the locals?”

“No,” he replied coolly, wiping the stray speck of blood off his otherwise pale, pristine skin. “I came here for you.”

Everything in her stilled. Though she’d heard him the first time, the words had a way of really sinking in upon repetition. As though it took a time delay for her to realize there was no reason aside from her current problem that Dante should be out here with her—or here at all. He wasn’t the sort of guy to crash in antebellum tourist traps.

He shrugged a shoulder, his face blanking the way it did when he wanted to appear blasé. “Why not?”

“Thought you could use a friend.”

Ava stared at him a moment longer, then sighed heavily and tore her gaze to the ground. Yeah, she supposed she could use a friend. Or a whole army of them. And though Dante wasn’t the first person she would have called, she couldn’t deny she was happy to see him.

Not that his presence answered her questions. If anything, he added to the pile.

“I take it Merle gave you the message,” she murmured. “About…”

“The angel?” One perfect eyebrow arched. Actually, there wasn’t much about Dante that wasn’t perfect. Physically, at least. One of his most annoying qualities also happened to be his most prized. There was nothing worse than a man who knew just how damn good he looked.

Truly, Dante had always seemed a bit too perfect when it came to the male form. He was only a few inches taller than she and had a body built for debauchery, complete with strong arms and a marble-carved chest. Tonight, he was wrapped in a snug pair of jeans and a form-fitting long-sleeved navy tee, which made his pale skin seem paler. His hair was coal black and his eyes sparkled blue. Ava had always loved his eyes.

And thinking about his perfect eyes right now on the cusp of a broken heart while all of Hell nipped her heels was probably the last in a very long line of bad ideas. At once she felt overtly vulnerable, exposed. Standing in a strange town under strange circumstances with him, her oldest friend, seeming one part savior and one part…pissed.

Nothing in her world made sense right now. Dante had just muddied things up even more.

“Yeah,” she said when she remembered to speak. “The angel. Merle told you.”

Dante nodded solemnly. “That was the plan, right?”

Ava released a shaky breath, her mind spinning so fast it was a small wonder she remained standing. Looking at Dante now with everything that had happened in the past week still heavy on her heart, with the uncertainty of her future, took her suddenly oddly-shaped world and turned it on its head. She felt like she was living in the funhouse mirror version of her reality. Sebastian, then the Binsfeld Six, and now her vampire.

At some point she had to wake up.

“What are you doing here?” she asked again. “Do you have any idea what’s going on?”

“Not much,” he admitted, stepping forward.

There was something guarded in his gaze, and so help her if she started analyzing every little look from Dante, she would lose her mind. Trying to figure out what he was doing here was work enough.

He nodded. “Just that you were out here. And you could use a friend.”

This admission did little to answer her questions. Her friendship with Dante was not a secret, by any means, yet she couldn’t speculate as to why anyone right now would decide to throw her a lifeline. Being alone certainly hadn’t done much for her…yet there was a good reason she hadn’t gone to Dante in the first place.

Dante was the kind of friend who was there for the good times and gone for the bad. At least in her experience. If he had any idea what was really going on, he’d make tracks. The large, cartoonish kind.

But Dante didn’t know. Hell, he didn’t even know what she was. His knowledge beyond his own kind was rather limited, and while his experience with others of Lilith’s children left him with a relatively grounded understanding of how the world worked, certain things—like Hell and all its residents—remained more or less relegated to the realm of other. He was aware Hell existed, sure, and had figured her for a demon early in their relationship, but otherwise boasted little knowledge of Lucifer or the pit beyond what was assumed through myth.

Seven centuries and he had no idea she was part of that myth. She’d never mentioned it, and he likely hadn’t thought to ask. His perception of her role had been established on the legs of their meeting, which, as it was, had been entirely accidental. It just so happened she didn’t like watching anyone, demon or otherwise, suffer at the hands of holy men, and in saving Dante’s life all those years ago, she’d earned a permanent ally.

Well, until now. Her own brand of permanence was about to run out, and of course Dante wouldn’t know why. If she explained the significance of what had occurred with Sebastian, and how limited her future was, he would be gone. She wouldn’t know to miss him.

Still, she owed him explanations. Dante was the one loose end she had—the only one who wouldn’t know why she was gone when Lucifer finally came to collect her life. Her siblings knew what was coming. Dante was the last person to whom to pay her regards.

Perhaps that was why someone had sent him to her. So she could do right by her one earthly friend and say goodbye.

She frowned. “What? That I’m glad you’re here?”

“Yeah. You’re never glad I’m near these days.” He laughed shortly. “You must really be into some deep shit.”

“All this over an angel.”

The corner of Ava’s mouth pulled into a grin, and for a moment she felt somewhat like her old self. “More or less.”

“An angel, Ava. For fuck’s sake, what happened to your dignity?”

“Where were you three weeks ago?”

“I dunno, but if I’d known you were gonna be falling for one of those winged assholes, you’d better believe I’d have dropped everything to beat some sense into you.”

“You never give me the chance to try,” he retorted, his eyes gleaming.

“Your ego is too fragile to handle getting your ass handed to you by a girl.”

A small thrill raced down her spine, her insides igniting with heat and a rush of good old-fashioned nostalgia. “Wanna grab a beer?” she asked. “Or, you know, a burger? I don’t think I’ve eaten in a week.” She paused, then waved at him. “You can consider it the last meal of a condemned man.” 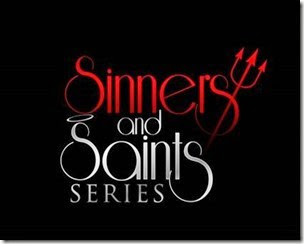 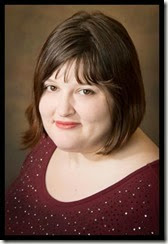 Rosalie lives in Missouri with her husband. At an early age, she discovered a talent for creating worlds, which evolved into a love of words and storytelling. Rosalie graduated with a degree in English. As the granddaughter of an evangelical minister, Rosalie applied herself equally in school in the creative writing and religious studies departments, which had an interesting impact on her writing. When her attention is not engaged by writing or editing, she enjoys spending time with close friends and family.

Rosalie is represented by Tish Beaty at the L. Perkins Agency