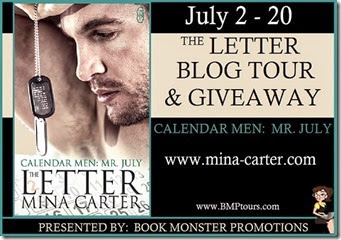 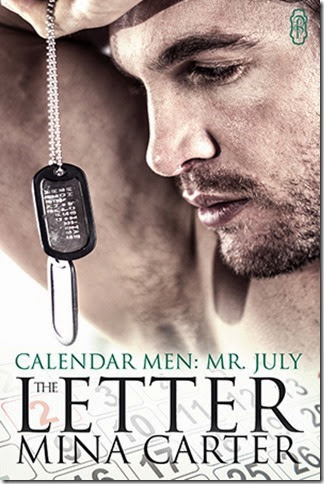 Sergeant Rick Week’s career ended in a hail of bullets and the death of a friend. After months of recuperation, he’s finally able to fulfill a promise he made to that friend. All he has to do is find a girl and deliver a letter. Simple. Maybe…

Hattie Jameson lost the man she loved. KIA. A year and a half later, she’s trying to move on but a letter for a charity calendar shoot addressed to her late fiance, Billy, rocks her. Not as much as the sexy as hell Scottish soldier who turns up on her doorstep. The man who was with Billy when he died. She shouldn’t find him attractive. Not at all…

Meanwhile fate, and Billy himself, have plans to bring the reluctant lovers together.

Check out the other books in the Calendar Men Series:

Character Bio: Former soldier in the arse end of beyond. I could tell you what regiment but then I’d have to kill you ;)

I’m stubborn as feck and hard to kill. Depending on your point of view, both can be either my best or worst qualities.

I hate green. Like seriously hate the bloody colour. Worn it for too long, I never want to see it again. Ever. And Christmas cards? Seriously, don’t send ‘em. Fecking hate them. Glitter and shit gets everywhere. Have you ever been out to a bar with glitter all over you and not realized it? Yeah, I get fecking jokes about vampires.

I throw up after combat. And I like silk boxers. They feel niiiiice.

Not being able to protect the people I love. Failing them.

For my loved ones to have a happy and stable life.

Fashion? I gave up on that years ago. Living out a pack will do that for you. Anything that’s clean and will stand up to a firefight does me.

A bath, a meal and twelve hours uninterrupted sleep wrapped around my lady.

I’ve travelled too much to hold onto many possessions. I have a photo of myself and my twin (she’s the good looking one) in my wallet. I’m hoping to add a wedding photo before too long. Not my twin’s, mine.

I don’t despise anyone. Contrary to belief, the worst thing someone can feel for you isn’t hatred, it’s indifferent. An indifferent man will kill you without a second thought. A man who hates you will talk first. That’s good, it gives you time to get the first shot in. Moral of the story? Make your enemy hate you.

Not being fast enough to save people I cared about.

Same as in a man, there’s no difference.

I haven’t had much time to read to be honest, but that Wolverine dude seems hard to kill. Rock on that man.

Doctors, surgeons. Medical staff. All of them. Particularly military medical people, they put their lives on the line to come save silly arseholes like me who don’t run fast enough.

Hmm, I’d want to be some pretty dude like Brad Pitt…just kidding. I’d probably try to be less stubborn, so my girl doesn’t feel the need to kill me anytime soon. Can’t see it happening though (the being less stubborn part.)

When the first bullet flies, you’re a dead man anyway. Take as many of the bastards with you as you can.

Mina Carter is a bestselling, multi-genre author. She lives in the UK with her husband, daughter and a bossy cat.