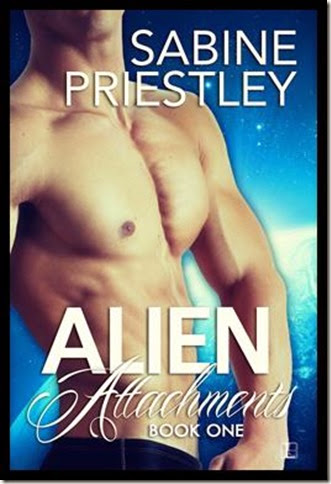 Finding one’s psi-mate is something every Sandarian hopes for, but when Ian Cavacent accidentally starts the bonding process with the Earthling, Dani, he has to fight his desire with every ounce of his being. If the process is completed, it would be both political and financial suicide for Ian and his family.

A natural klutz, Dani somehow always manages to land on her feet and win those mixed martial arts matches she’s so fond of. At home on Cat Island her balance is thrown when bazillionaire Ian takes notice.

Unfortunately some butt-ugly Torog aliens also take notice sending her life spiraling out of control and into Ian’s arms. But Dani isn’t the type of woman to let some alien voodoo decide her future or her mate…no matter how gorgeous the man is or how much pleasure he gives her.

For centuries the Cavacents have mined Earth for a precious element, carnium, while protecting the planet from other alien species.

Thanks to the Torogs, Dani and Ian must flee to Sandaria. As Dani learns to use her newfound psi powers, the empire crumbles around them.

Will their love be strong enough to keep them alive and get them back to Earth?

Waves of pleasure radiated out from his touch. She looked up into his eyes. They truly were the greenest eyes she’d ever seen and as she watched, they began to glow.

Oh, shit. Dani took a slow, shaky breath. She stood in the arms of an alien and this was the point of no return. Did she want to return?

His thumb brushed her lower lip.

The heat in her grew.

Her name was a rumbling growl that reverberated deep inside. She tingled everywhere.

He leaned forward, his mouth brushed her ear. “I’ll leave if you want me to, just say the word.”

He kissed her neck, tentatively, questioningly. The heat of his lips melted any resolve she may have harbored. The thought of him leaving her now, in this state, was unbearable. Aroused on every level, she reached her arms around his neck and pressed against him.

This must be a dream. She moaned as he nipped his way down her neck causing little sparks of pain. Her entire body rippled with the effect. If I wake up now, I’m killing the person responsible.

I wanted to early on, but it never happened. If you told me ten years ago that I’d be here now, doing this, I would have thought you were nuts. I had a dream on a flight back from London, 2006 I think it was? Anyway, that dream turned into a contemporary romance. It was my first book, written before I got serious about studying the craft and I’m sure it’s total rubbish. I’ve been writing ever since.

When I realized that I couldn’t stop writing. Probably 2007 or so.

This is my first. After playing with contemporary romance and some middle grade (had to have something my kids could actually read) I decided to write Sci-Fi Romance. It took me forever because I just kept rewriting and editing. I finally got sick of it and wanted to start the second book so I submitted to six publishers. To my absolute amazement, Renee Rocco from Lyrical Press emailed me within a week and wanted the book! Hoorah.  Book two is almost done and the third is solidifying as I type.

I’m an electrical engineer by trade. I’ve done it all from tech support to running a quality assurance department.  I’m incredibly lucky in that I can make writing a full time thing now.

Twenty words? Geez… Okay, how about this:

What would you do if you found yourself bonding to a sizzling hot alien, only to find the bond would destroy his family?

Judging by book two about six months, not including the end editing process. I’m hoping to get that down to four months.

Like I mentioned earlier, I’ve got two more books in the Sandarian empire planned out. I’m also solidifying a physiological thriller romance that I’ll publish under a different name.

Sci-Fi Rom is actually a thing now. It’s a small, red-headed-step-child of Romance, but it’s a thing. We’re a small genre, a tight group, and we’re determined to take over the world.  If zombies can take over, I don’t see why Sci-Fi Rom shouldn’t have its day in the sun J

In a word? Gini Koch. Okay, that’s two words. A name, actually. I loved the first books in her Alien series. Loved them so much I wanted to create my own world so that I’d never have to leave.  Thanks, Gini!

I really don’t. They all shine at different times in different ways.

Before I had a book out there, I always thought I would. I figured I’d devour them and learn from their words of wisdom. What I’ve come to realize is that it doesn’t work that way. No book is ever going to appeal to everyone. I get really suspicious when I see books with nothing but 5 star reviews.  A niche genre like mine is going to appeal to even fewer people than most.  I figure the best I can do is be grateful that people are taking the time to read my book (which I am) and just keep writing.

When you’re with a publisher you only have so much say in the title. I’m actually going back and forth right now trying to nail down the title for book two. It’s been surprisingly difficult.

Sometimes they simply name themselves. Other times I’ll peruse a name generator list and search for something that fits the character.

I’d have to say my characters / locations come first. Then I name them. I have, on occasion, changed a name after the book was done or partially done. My MMC in book two, for example, started out with a different name.

Characters have a way of developing their own personalities and traits. I just get out of the way and let them develop.

What do you use to write?

I started out with Word, but now I shudder in fear at the thought of writing another book that way. I use Scrivener. It’s flipping brilliant. My entire world and all my characters are neatly stored and easily locatable. Each scene is its own element which I can rearrange with the swipe of a mouse. I love Scrivener. Really.

I was an early adopter of ebooks. Being a Mac girl my iPad and I are one with the e-verse. Having said that, I do still enjoy a good old paper book. Especially if I’m at the beach or pool. You do get used to the ebook features quickly. I swear, more than once, I’ve touched a word in a paper book trying to look it up. Doh!

I frequently find that transition painful. You just can’t get all the wealth of information that’s contained in a book into a two hour movie.  Harry Potter is a good example. Don’t get me wrong, I love the movies, there’s just so much that isn’t in them.

No favorite. It really depends upon my mood. I am loving the new U2 album. I can’t believe the number of people getting P.O.’d because the album showed up for free in their iTunes library.  It’s just like a book. You can’t please all the people all the time. 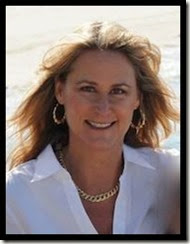 Geek. Mother of teens. Wife to her very own alien.

Lover of sun, sand, science, and the stars.

Sabine lives in Florida with her husband, kids, cats and whole mess of characters in her head.