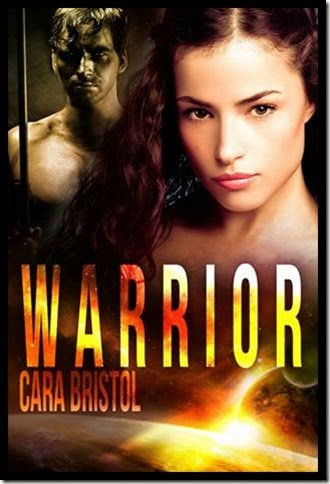 A female yearning for freedom. A male armed with determination. Can they save their people?

As a despotic Qalin marches through Parseon intent on conquering every province, Commander Marlix pledges his sister to another Alpha to protect her. Desperate to decide her own fate, Anika flees and finds refuge with the guerilla resistance movement against Qalin. Marlix’s beta Urazi, a male of lesser status, tracks her intending to bring her home to fulfill her duty.

But when love blossoms between them, and provinces fall to Qalin, Anika and Urazi realize home has ceased to exist and they alone are all that stand between the people of Parseon and the end of the world.

She stared at the bloodied body. “Is Grogan dead?”

Urazi knelt and checked for a pulse against the alpha’s neck. “Yes.” He peered up at her. “Who is he to you? Has he used you?”

“Monto, no!” she gasped, not considering the alpha’s intentions pertinent. “Grogan is the leader of the Guerilla Resistance against Qalin and Artom, which I have joined,” she explained. Urazi’s eyes narrowed, and she added, “Grogan was training me and other breeders to fight.” Breeders could approach a sentry without arousing his suspicion then immobilize him, allowing male guerillas to storm the post and secure it. She thrust back her shoulders with defiant pride. She, a female, was capable of supporting the war effort in a productive way.

Urazi rose to his feet to examine the paper target. “You are an excellent sharpshooter, but winning a battle requires more than skill with a crossbow. You would not fare well in hand-to-hand combat.”

Anika shrugged. “If I have a crossbow, I will not need to engage in hand-to-hand combat.”

“Did it help you today?” Urazi strode to Grogan’s body, and yanked up his bloodied uniform shirt. Attached to the alpha’s nipple was an insignia ring. Urazi unclipped it and carried it over to her.

“You have joined with the enemy to strike against your own people? You would betray your Alpha? Your sibling?”

Qalin’s insignia lay in Urazi’s palm, damning, but untrue. So untrue. “No! How could you say that? The Resistance plans to strike against Qalin. Against Artom.”

Urazi tucked the star into his uniform pouch.

“But maybe Grogan is an infiltrator acting alone,” she argued, fighting against the insidious memories; the ease with which she’d been accepted into the camp when her comrades learned of her familiarity with both Marlix’s and Dak’s provinces; Grogan’s constant but subtle questions about locations. He’d asked if she’d ever encountered Marlix himself. At the time, she’d feigned ignorance of the latter, fearing they would send her back to him.

Anika clutched her throat. What if Urazi’s accusation was correct?

“If he were an ordinary alpha or beta, I might concede it possible. But he is—by your account—the leader. I do not believe in coincidence. I have been observing the camp. Neither Marlix nor Dak would have sent females into combat.

“The Resistance you are so proud to be a part of is using you as expendable cannon fodder.”

When did you first consider yourself a “writer”? Even before I became an author (a published writer of books), I’d always written. I used to be a newspaper reporter, and later, a public relations manager. So “writer” has always been a part of my identity.

What is the name of your latest book, and if you had to summarize it in less than 20 words what would you say? Warrior…a woman desperate for freedom and a man armed with determination on a quest to save their people.

Who is your publisher? Or do you self-publish? I’ve had 15 books published by publishers (Loose Id, Decadent Publishing, Blushing Books, LazyDay, and Black Velvet Seductions). In fact, Loose Id released the first two Breeder books (Breeder and Terran). But I wanted more control over my work. So Warrior is an indie publication, and I plan to focus on self-publishing in the future.

How long does it usually take you to write a book, from the original idea to finishing writing it? About two to four months, depending on the length of the manuscript. My works range from 30-65K.

What can we expect from you in the future?  ie More books of the same genre? Books of a different genre? I definitely want to write more in the science fiction romance subgenre. I’m working on one now called, The Goddess’s Curse.

What genre would you place your books into? Warrior, and the entire Breeder series, is science fiction romance. I also write spanking fiction, contemporary, and paranormal romance.

Do you have a favorite character from your books? And why are they your favorite? I like Anika from Warrior. She’s a fighter. She’s been through hell, and she has decided she’s not going to take it anymore. She takes action to change her life—and the life of her people.

Do you read all the reviews of your book/books? Yes—if I know they exist! I do want to know what readers and reviewers think of my work. Two people can see a book so differently you wonder if they read the same one.

Do you choose a title first, or write the book then choose the title? I always start with a title, but it always changes as I get to know the story and my characters. As I write, sometimes a particular line will catch me, which I’ll use for a title.

How do you come up with characters names and place names in your books? Some names do have special meaning while other I picked just because they “sounded right.” For instance, Omra, the heroine of Breeder, was derived from the mantra “Om,” a peaceful sound. Omra brings peace to the hero who has been tormented in his past. Tara, the heroine of the second book, is an earthling, so her name is play off Terran. One thing I tried very hard to do was keep all my sci-fi names easy to pronounce. As a reader, I dislike difficult names because I find it hard to keep track of the characters.

Do you decide on character traits (ie shy, quiet, tomboy girl) before writing the whole book or as you go along? I usually begin with some sort of character development, but characters evolve as the plot develops. It’s like getting to know a person. When you meet someone you get an impression of them—but as you get to know them better, you see traits you didn’t see at first.

Are there any hidden messages or morals contained in your books? (Morals as in like Aesops Fables type of "The moral of this story is..") In the Breeder series there most definitely is, and it’s this: what if everything you were taught to believe—your unshakeable core beliefs—was false? The Parseon people are taught from birth that certain members of society are better, stronger, more noble than others, but it’s a purely arbitrary designation to keep those who rule in power. None of it is true. I hope that after reading the Breeder series that people will put their own “absolutes” under a microscope.

Which format of book do you prefer, eBook, hardback, or paperback? I love ebooks: the ease of reading, the portability, the instant gratification, the less expensive price. I’m a total convert. I rarely read a print book anymore.

Your favorite color is? Blue.