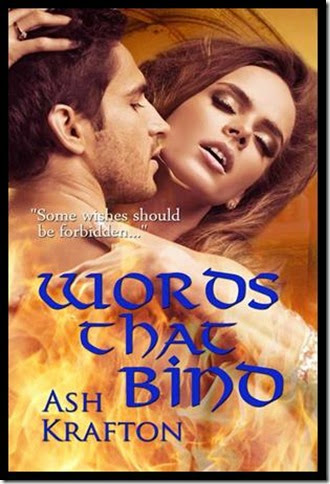 Social worker Tam Kerish can’t keep her cool professionalism when steamy client Mr. Burns kindles a desire for more than a client-therapist relationship—so she drops him. However, they discover she’s the talisman to which Burns, an immortal djinn, has been bound since the days of King Solomon…and that makes it difficult.

Ethical guidelines are unequivocal when it comes to personal relationships with clients. However, the djinn has a thawing effect on the usually non-emotive Tam, who begins to feel true emotion whenever he is near. Tam has to make a difficult choice: to stay on the outside, forever looking in…or to turn her back on her entire world, just for the chance to finally experience what it means to fall in love.

Damn, but this was a miserable city.

A miserable city, in a miserable season, with a miserable chilly dampness oppressive enough to put out the hottest of fires. If he didn’t have to be here, he’d be reclining on a low couch surrounded by silken-clad women and the open sands of the high desert.

If he didn’t have to be here, he wouldn’t be standing in a cramped parking lot in an East Coast city (really. East Coast. The very thought made him curl his lips in disdain) staring up at a balcony three floors up.

If he didn’t have to be here, he wouldn’t. But it was here, and it was close, and he wouldn’t have to put up with this permeating on-again off-again rain much longer.

The thought of it being so close made him dizzy enough to sway on his feet. Ah, well. Wearing a human form had so many limitations. Take skin, for instance. And this ridiculous human obsession with trousers.

A loud argument erupted on the balcony above, catching his attention.

Still. It was here, its presence burning like a dull itch in the back of his brain. That particular sensation, too, was annoying, but after so many decades of not feeling it all, it was a good kind of annoying. One that soon would be quenched.

Suddenly, the sensation brightened, became sharper, clearer, like the full moon sliding free of the clouds. The argument stopped.

Ah. Finally. He turned up the collar of his overcoat against the nip of a sudden breeze and tilted his head, scanning the balcony, watching. Waiting.

A young female with tousled purple hair hunched over the railing, resting on her elbows, trying to light a cigarette. Repulsive things, cigarettes. Lacked elegance. Why not a hookah, or even a slender golden pipe? This modern age was all substance. No style.

He unfocused his gaze and looked through the girl. Nothing remarkable about that female whatsoever. She had nothing to do with the object of his desire and so was of no consequence to him. He disregarded her completely.

Another figure appeared at the rail. Another female. This one seized his notice, snapping his spine ram-rod straight.

Long chestnut hair swept in waves over her shoulder, hiding her face. He zoomed in on her and almost fell flat backwards, buckling under the smacking impact upon his heart.

Suddenly, the low gray clouds burned off in a blaze of summer brilliance, so great was the feeling in his chest. Hope. Hope eclipsed centuries of despair in that single moment.

He side-stepped the BMW behind him, wanting a better angle, wishing to see her face. So intent was he upon the other woman that he nearly missed the cigarette that sailed past his cheek to land on the car. He curled his fists, an oath on his lips. He should be used to the crude behaviors of mortals, but still, how it bristled against his insides. Obviously, they’d been raised by very different mothers.

But then woman turned, and his scowl melted from his face. Her dark eyes met his, a split-second connection that felt like the bite of an electric current. His heart tripped on a beat and he gaped.

Remarkable. This noisy, chaotic city where all was a tangle of technology and confusion and those odd diagonal streets—she stood out: a straight line, a calm constancy, the eye within the storm. He was confounded by the impression of her psyche. Unique was too commonplace a word.

A place to sit. He rubbed his mouth, staring up at her. To sit would be good right now. He didn’t want to end up on his knees, not here amidst the puddles and wet leaves.

The young girl twisted around and hopped up on the rail. Odd. The railing didn’t look wide enough to make a comfortable seat. Well. Considering her choice of hair color, he wasn’t surprised by her action. Obviously, she was a little off.

He thumbed the edge of the business card in his hand, one that bore the address and the name of the counselling center to which the balcony belonged. Of course, she was. Why else would she be visiting a therapist?

Apparently, the bird reconsidered her perch, because she disappeared in the next moment. A piercing shriek sounded, loud enough that he had to cover his ears. It only lasted a few seconds, however, followed by a few more desperate shouts.

And then there came no sound at all, except for the traffic and the sparrows making a racket in the hedges bordering the parking lot. The women and the mental itch had retreated back into the building.

He stood a few moments longer, watching the balcony, hoping for another glimpse of her. But the remarkable woman and that wonderful sensation did not return.

He brushed his fingers together and tugged his suit jacket straight. No matter. She may have that which he sought, but she did not need to come back out.

Because he was going in after it.

And this time, he was going to get it.

Character Name: You can call me Burns.

Character Bio: I am the last of the djinni who’d been enslaved to King Solomon’s magic ring…and I am running out of patience. 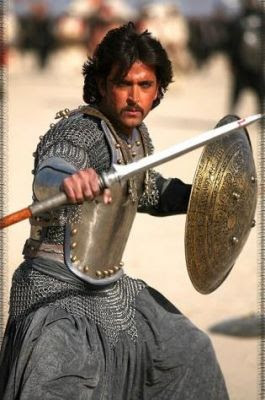 There is only one person who matters—and that is the exquisite enigma that is Tamarinda Kerish. And I would wish her to know…that I do not always have the courage to tell her how I truly feel.

If I told you, I would have to kill you. No, truly. It may sound cliché but the manner in which you’d die would be anything but. I can be very creative when properly motivated.

That someone will find my talisman before I do, and I will be bound once more.

To find that infernal ring. You seem awfully interested in these secrets of mine. *suspicious glare*

I have had many women in my time, but none of them have ever had me.

Adaptable. I always dress to the occasion. I do prefer the trappings of my youth…long sleeveless tunics, loose, comfortable pants, no shoes. I like to feel the sand beneath my feet. My taste would seem out of place in this Philadelphia of yours.

I am not a rebel. A rebel fights against a master and I will bow to no master. I simply know what I want and I will do what I must to get it.

I built Solomon’s prized temple. People still talk about it. It was a very big thing.

What is your current state of mind? I could be glib, as you caught me just as I was going into Tamarinda’s office. She is a counselor to the emotionally distressed. And the wardrobe challenged. That girl out in the waiting room needs a mirror. But…honestly, I have a million things going through my head and the biggest part of it is that that woman drives me absolutely mad.

The love and blessings of my mother.

My temper. It is quite fiery.

Angels. Don’t even get me started.

I am above such petty things. Humans barely register my notice, let alone deserve the effort of my disdain. The new barista at the corner espresso shop, however, comes very close. What is so difficult about half-caf soy latte with double shot of hazelnut? I’ve known goats with more intelligence.

That I ever let the ring slip from my grasp. If only--

Flexibility. And a sense of humor.

Tamarinda. She is remarkable, that one. Were I human, I would surround myself in luxury and the finest of company but she—she wants to improve the lives of those around her, when they can offer her nothing. I think it foolish, but admirable all the same. Sometimes, sacrifice leads to great things. Or so I’ve heard.

Not a thing. Did you not pay attention earlier? I am perfection. 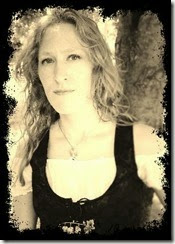 Ash Krafton is a speculative fiction author from northeastern Pennsylvania. Krafton’s first novel, Bleeding Hearts was published in 2012 as part of a three-book urban fantasy series The Books of the Demimonde (Pink Narcissus Press).

An urban fantasy novella, Strangers at the Hell Gate, was published by Wild Rose Press in 2013. Her latest project, Words That Bind, won first place in the HeRA RWA “Show Me the Spark” 2013 competition; it is also available through Wild Rose Press as an October 2014 release.

Krafton also writes New Adult speculative fiction novels under the pen name AJ Krafton. Upcoming titles include The Heartbeat Thief, Face of the Enemy, and the award-winning Takin’ It Back. She is part of a YA/NA collective known as the Infinite Ink Authors.

In addition to novel-length fiction, Krafton enjoys writing poetry and short prose, some of which earned distinctions in various writing competitions. One of her poems was also nominated for the Pushcart Prize. She’s a proud member of Pennwriters, Romance Writers of America, and Pikes Peak Writers. Krafton is also a staff blogger for the Query Tracker Blog.