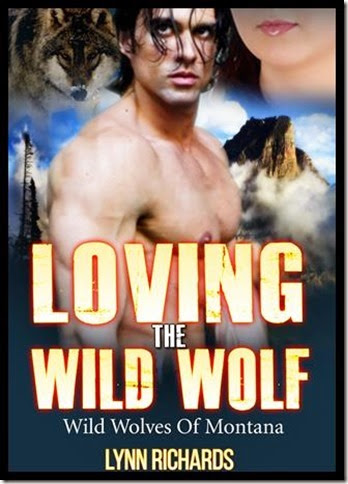 Roark Grayhawk’s past haunted the lone wolf. He’d become an enforcer to protect those weaker but had failed to protect his sister and she had paid the ultimate price.

Curvy she-wolf Emma Jones has tried her whole life to make herself invisible to her powerful father—the alpha of the Blue Pine Pack. Now, he was forcing her into a marriage with a man who wasn’t her mate. Her mate was Roark Grayhawk, the wild wolf who protected the pack from danger. Would he protect her?

Tonight’s run had been about saying goodbye. She’d visited her favorite places, planning to end the night watching Roark’s cabin until sunrise. She didn’t know exactly what her father had planned, but she knew she had to be prepared to leave at a moment’s notice. Because she knew, whatever her father had decided, it would not be in her best interest to go along with his plan. She had a little money stashed away and she could start over someplace else. Despite what her father thought, she was a hard worker, she could make it. She was going to be forced to mate and leave the pack anyway; forced to say goodbye to Roark, why not do it on her own terms. Maybe some other pack would take her in. It was difficult for a wolf to make it alone. Roark was living proof that even the most reckless of wolves needed the structure of a pack in order to survive.

For so long, her hope had been that Roark would recognize her as his mate and claim her. Get past whatever it was that had made him withdraw from life. She’d fixated on that dream so much that she’d never considered what to do if it never happened. And certainly had never imagined the ultimatum that her father had thrown down. Perhaps if she were a more passionate woman, her wolf a stronger animal, she could seduce Roark, garnering, if not his love, then his protection.

But she wasn’t that woman. Never would be. She had no confidence in her value as a wolf. No confidence in her desirability as a woman. She’d grown up hearing the fairytale version of wolf mating where the male would risk everything for the love of his mate. Vanquish any demon. Fight any foe.

She sighed. Her life wasn’t a fairy tale. She’d wished for her own prince for too many years. Being a romantic was dangerous, Emma had discovered. She felt like she was now fighting a wicked stepmother and a nasty frog whose name was Brad. She shuddered. The man that her father had given her to in marriage was worse than any toad.

It was archaic. But it was still within his rights as her father and her alpha.

Lynn Richards is the writing team of two best friends. The only thing they argue about is who is going to stop writing and get the next chocolate bar. The two women love to share their writing with others who enjoy reading a romance with a happy-ever-after (always), sexual tension (you know the kind that make you want to squeeze your legs together), and a sexy alpha male, Whether he’s an ex-military man, firefighter, wolf, lion or dragon, all their male characters have one several things in common—they are delicious to look at, built like a brick outhouse, and fall instantly in love with the woman meant to be theirs.