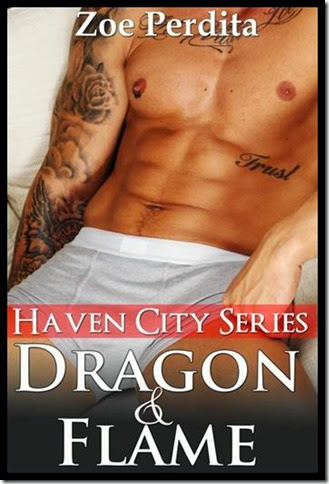 Rory Sullivan thinks he has it all, until his boyfriend breaks his heart and the new landlord raises the rent on his bar. A chance meeting with Jin Yue, a rich dragon, gives Rory hope. Jin promises Rory he can save the bar and get even with his ex – for a price.

All Rory has to do is pretend to be in a relationship with Jin. Rory’s bad boy nature, and the desire for some no-strings-attached sex make the idea way too intriguing. Even if Rory’s brain thinks it’s a bad idea, his cock heartily disagrees.

Problem is, Jin Yue might be all kinds of hot, but he’s also Haven City’s one and only crime boss – sexy, powerful and deadly. Now Rory is tied to Jin until the dragon’s mission is complete, regardless of assassination attempts, hunters or the cops.

Jin Yue won the gang war, but the battle for Haven City isn’t over.

Enter Rory Sullivan – the tatted up fire mage who can help Jin lay claim to his rightful territory. However, things don’t turn out the way Jin plans. Rory pushes all the right buttons and riles up Jin’s dragon instincts. The fire mage is the farthest thing from Jin’s type, but the heat between them sets Jin’s blood on fire.

They’re playing a dangerous game that puts both of their hearts and lives on the line. While the passion between Jin and Rory sizzles, can a relationship built on deceit grow into something more?

As a child, I wanted to be a zoologist. Then I wanted to be a photographer (got a degree). While I always loved telling stories, I didn’t realize I could be a real life writer until I wrote a book at 21.

When I wrote a book! I also worked as a freelance writer for years, so that helped.

Not long at all. I’m an indie writer (self-published).

Dragon shifter and crime boss, Jin Yue, falls for the Rory, the man Jin coerces into pretending to be his boyfriend. Also, fire mages and sexy times.

Since I’m always coming up with new ideas, that really depends. Pure writing time is between three to six weeks. However, I’m always several ideas behind.

More hot gay shifters! I have a slew of new Haven City books and Lost Wolves books in the works.

Because it’s possible to do almost anything with a shifter character. They can live in a fantasy setting or a more realistic setting. So many wonderful options. Oh, and I just like wolves.

At the moment, I like Sasha (the omega in the book I’m writing). He’s delightfully crazy, but it’s not totally his fault. It’s fun to get inside his messed up head.

Forever! If I include my fan fiction days, about 15 years. I write because I have stories to tell.

I need coffee and my computer. That’s it!

Yes! I guess I shouldn’t, but I have some awesome readers out there who leave the best reviews.

It depends on the book. Now, I usually do name it before I write it though for promotional purposes.

I look at name websites. All my locations are based on real places, for the most part.

I need a name for a character to come to life, so that comes first.

My characters just sort of pop into my head, and I figure them out as I write. I try to do what feels natural for them.

Well, my books are obviously anti-homophobia, but I guess that’s a given. Otherwise, a few of my books deal with social issues, but I never try to be moralistic beyond ‘don’t be a total asshole.’

The Secret Country trilogy by Pamela Dean. I’ve read it more times than I can count. I picked it up at a very dark time in my past and it helped me get through that. Also, I relate to the characters – a group of kids who want to live in a story they created.

Sometimes. Favorite: Interview with the Vampire. Worst: The Seeker (based on the Dark is Rising). 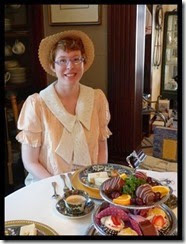 She lives in the Pacific Northwest with a fluffy orange cat and a lively roommate. When she's not writing, Zoe likes to travel, read and play video games.