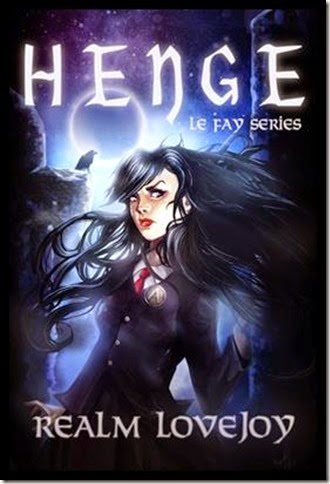 Inspired by one of the greatest legends of all time…

Modern-day Camelot. Where knights no longer carry swords. Magic is dangerous. And those who seek control are not to be trusted.

Sixteen-year-old Morgan le Fay is a fire user. An ordinary girl with an extraordinary skill, she has the ability to create and command fire at will. Her dream is to become the Maven—the right hand of the future King Arthur. In the chance of a lifetime, Morgan is selected to join Arthur’s Round, an elite group of young magic users from which the new Maven will be chosen.

Along with the other fire, water, and wind users in Arthur’s Round, Morgan is rigorously trained and tested. The handsome Merlin, a brilliant water user, takes a particular interest in her. Is his friendship to be trusted, or is Merlin simply trying to win the position of Maven for himself? Among the many rivals Morgan faces is the current Maven, Mordred, who seems determined to see her fail.

But Morgan has a secret—years ago, her mother was executed for using fire magic, and Morgan’s desire for justice makes her more than ready to take on the challenge before her. Can she prevail in Camelot’s tests of survival and magic? Only time—and Morgan’s powerful fire—will tell.

Realm Lovejoy’s modern Arthurian series features one of literature’s most complicated and powerful female figures. Henge is the first book in the LE FAY series, and—like Morgan le Fay’s magic—it is sure to dazzle and amaze.

Amid the people who’ve now gathered, I spot Merlin engaged in conversation with some cabinet members, including Pellinore, the head of the cabinet, a chubby, balding man who is chomping on an unlit cigar and actually seems to be listening to Merlin with interest. Merlin looks very earnest about whatever he is saying. I wish I had been born with social skills. Being sheltered, however, I can’t expect myself to suddenly become a social butterfly. I look around to see if there is someone I can talk to. For a second, Merlin catches my gaze before I avert my eyes.

Guinevere plants herself next to me. She is in a dress that’s between a shade of gold and taupe—a mix of glam and humbleness. Strings of champagne pearls are whirled around her neck.

She smiles at me impishly. “Are you checking him out?”

“My father told me never to judge someone I don’t know.”

“Judging and gossiping are part of proper conversation.”

“I guess so,” Guinevere says. “Nobody is genuinely that perfect.”

Guinevere laughs a soft laugh, not harsh-sounding like mine. I remember people used to say my mother’s laugh could break glass and kill a murder of crows flying midair. I try to avoid laughing.

“Hey,” she says. “Didn’t Merlin spell your name in the competition? I saw it on the telly. Why did he do that?”

I have wondered that. Since he just met me, it could have been subconscious—something that just popped into his head and manifested—or he could have tried to make an impression on me. If so, it was unnecessary; his magic alone got my attention plenty.

“He said he was nervous,” I reply. “I bet he was trying to spell his own name.”

“Uh-huh, sure,” she says coyly. “I sense there is romance between you two. I am an expert in romance.”

I can’t help but laugh. “What makes you an expert?”

“Well, I’ve never experienced romance myself,” Guinevere admits. “But I have watched every romance movie under the sun. And I know that every romance begins with staring, and you two stare at each other a lot.”

Character Bio: Sixteen-year-old Morgan le Fay is a fire user. An ordinary girl with an extraordinary skill, she has the ability to create and command fire at will. Her dream is to become the Maven—the right hand of the future King Arthur. In the chance of a lifetime, Morgan is selected to join Arthur’s Round, an elite group of young magic users from which the new Maven will be chosen.

My best quality is that I work hard, am focused, and am not afraid to fight for what I believe in. The worst? Well... I've been told I have a bad temper and can be stubborn at times.

I wish they knew that although I’m introverted I really want to make friends.

My mother was executed for using fire magic in self-defense.

To be Maven (right hand to King Arthur)!

I like to wear dark colors. Also, red. I think my sense of fashion is pretty simple but I do like to dress up if there's an occasion.

I'm very rebellious if I don't believe in something.

Getting into Arthur's Round (a group of young magic users from which the role of Maven will be chosen from)!

Becoming Maven so that I can create a world where magic users have fair rights.

I’m determined to be the next Maven.

The dragon's breath opal necklace my mother gave me.

I have very long black hair. I've been told my eyes are abnormally pale.

Mordred! He executed my mother.

That I couldn't save my mother.

Hmmm... I'm not sure... my heroes were real people like my grandfather and King Pendragon the First.

I wish I was more at peace with myself and the world. It seems to come naturally to some people. 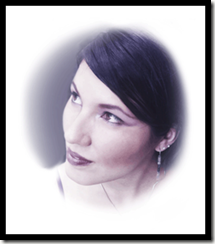 Realm Lovejoy is an American writer and an artist. She grew up in both Washington State and the Japanese Alps of Nagano, Japan.

Currently, she lives in Seattle and works as an artist in the video game industry.

CLAN is her first book. You can find out more about her and her book at www.realmlovejoy.com