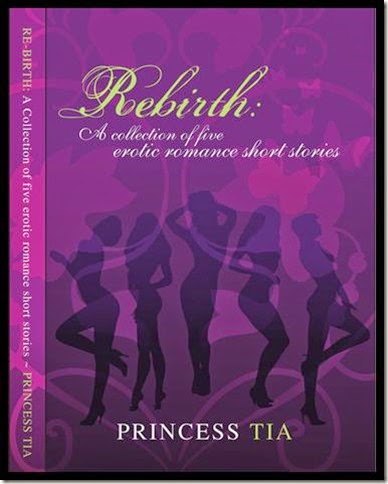 Publisher: Stories Out of the Clouds

Nora woke up from the restless sleep that had afforded her no peace or calm. She was tired and there was no two ways about it. She had been feeling restless of late. She sat next to the window and gazed at the neighborhood children playing in the street. She envied them their gaiety. She knew why she was restless and feeling insipid but she refused to consciously acknowledge it; she’d rather remain in denial.

Well, it was time to get ready for work. She got up, took a shower and tried to motivate herself to smile. Just as she had succeeded, she heard her phone ring and she braced herself subconsciously to answer it. Yes, she was right. It was Vin.

“Hello, Nora – I’m so glad you answered! How are you doing? Missed you, I want to hang out tonight.”

“I work late on Tuesdays, Vin.”

“My bad, how could I forget? Well, we can get together a little later then?”

“I’d really like to see you.” Nora grimaced. Why was it that the men who you looked to for short-term affairs were the ones that wanted you, and the ones you longed for something more from were the ones who weren’t interested after a few weeks?

She had met Vin at a grocery store and he had turned her on; the grace with which he moved and spoke aroused her. He also was very easygoing, while Nora was an impatient and agitated person by nature. She had learned to conceal this fact from people who met her, but it is who she was. Vin’s calm had soothed her and she had thought it worth pursuing, so, she had asked Vin out indirectly. They had seen a movie together, cooked dinner for each other at her place and gone sight-seeing. One evening while it rained and she was unable to get back to her place for an hour, she thought to herself, “What the hell…” and put out feelers to see if Vin was open to seduction. He was. So, he caressed her back and slipped his fingers into her bra. She smiled and hoped that he was a great lover, how she needed this!

He was gentle and loved to kiss for long, burning minutes. Boy, did he taste good. So, they ended up on his carpet, and somehow she was on top, trailing her tongue down his midriff and enjoying the gasps she heard coming from him. They didn’t do the full deed that night but they sure came close to it. Nora chickened out because she wondered if she wasn’t making a mistake. Vin had wanted them to proceed but he went along with her decision and called her the next day to ask her if they could get together that evening.

She had avoided committing herself to an answer because she was worried about what she was getting herself into. Vin was supposed to be her bon-bon – her good-time lover - but she sensed that he wanted more, just like her last bon-bons did. Francis had started out casual for her. She had enjoyed the attention that he had lavished on her. She had just come out of a painful relationship, and Francis was so sweet and nice. She thought, “What the hell?” and went ahead, enjoying the wonderful things they did to each other. The problem was, Francis wanted her for keeps. She wasn’t ready, and just couldn’t see herself in a long-term relationship with him. For one thing, he was too controlling and he seemed to have several female friends, which he would explain away. She could tell that he really cared about her, though. He was always trying to reach for her hands in public places and was possessive of her when other men were around. She found it hilarious because she didn’t see the big deal, she wasn’t with those guys… but then again, she wasn’t with Francis either.

The sex with Francis had been like eating chocolate éclairs, hidden but ohhh-soooo creamy. Oh damn, she was getting horny just thinking about him. What to do about Vin? He was getting worse every day. Too needy, too clingy. It was time to move on to another bon-bon. Did she really need a bon-bon? Yes, yes, her body told her. Ok, she needed a bon-bon. As nice as Vin was, what could she do with him? What she wanted was a challenge, a zing to her body. Someone who, just by the mention of his name and his voice, would drive her insane… pure and simple lust that would be the cure to her passivity and emotional dryness.

Nora’s friend, Stella had a get together/party to celebrate her buying her first home on a Friday evening. Stella was an accountant at a Fortune 500 firm and she was moving up - both in her professional field and her social circles. Nora admired Stella greatly; she was so classy and yet so down to earth. She was one person that Nora could have intelligent conversations with. Nora was looking forward to the event because Stella had an interesting mix of friends and acquaintances.

The evening arrived and she was perplexed about what to wear, and went through her wardrobe with a sense of trepidation. Nothing seemed appropriate. Finally, she decided on a pair of loose silk black trousers and a shiny blouse, which was a bit sheer. She wore a white lacey camisole underneath the blouse. Next she started to work on her face. She wanted to look natural and yet finished. The sheer look was in and it suited her better. As she dressed up, she played her favorite 80’s mix CD. It always made her feel giddy and ready to party. She played it in her car on her way to Stella’s place. She accidentally got off at the wrong exit and drove around a bit, trying to find a familiar road. Finally, after driving in circles for about 15-20 minutes, she stopped at a gas station to ask for directions.

Always wanted to write, when I got the approval of my cousins who loved my first story.

Began writing at 7 or 8. Loved expressing myself.

2 years, took a break due to personal circumstances.

Engineer/Entrepreneur (working on building up a successful biz in recruiting, screenwriting and consulting in petrochemical/gas industry)

Depends on inspiration and schedule with work and business.

More books in same genre and other genres.

Couldn’t find books that were enjoyable reads in that genre.

Dai, her innocence and loss of it, intrigued and touched me. I felt a lot of empathy due to her fears and her finally overcoming them. There’s another character in my new book that I am still working on that I also became very fond of, her name is Maggie.

How long have you been writing? and who or what inspired you to write?

I wrote my first book in my teen years and a book that I’d skimmed through, the story was about a teen star who’d impacted his friends lives negatively and then disappeared.

Listen to music and imagine the scenes that I write.

Have only had private reviews, none on my sites.

Decide on basic outline for their characters and make modifications as it proceeds.

Ebook now due to the portability but miss the feel of a paperback.

Can’t choose between these 3- Autobiography of Malcolm X, Moneychangers by Arthur Hailey and the Key to Rebecca by Ken Follett

Depends on whether the vision of the book was translated well.

This is the first published work of Princess Tia, a pseudonym of a voracious reader who loves historical romance. Her epiphany came when she read a collection that combined historical and contemporary romance in the form of short stories.

Princess Tia has successfully woven real life into art. Each story's main character is fleshed out; she seems alive! You will appreciate the little details woven into each story. This collection has aspects of the struggles of the writer's own life woven through it, as well as experiences of some people she trusts and confides in. That being said, this work is not auto-biographical, and each woman in this collection shines alone as an individual.

Princess Tia cites Eric Jerome Dickey, Ken Follett and numerous romance authors as influences, and is looking forward to producing more collections in order to explore the heights and depths of love and relationships in a way that will again leave you breathless and not able to put the book down until you reach the end and realize that you were holding your breath, anticipating the climax.