Book Blast, Giveaway & Interview: Across the Bridge of Ice by @_ruthfox_ 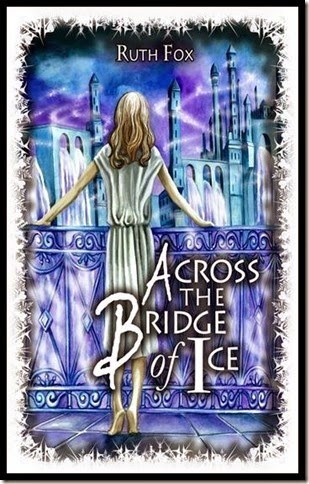 Across the Bridge of Ice

In 'The City of Silver Light', Keira Leichman spent the night lost in a wild snowstorm that struck Cassidy Heights. But what really happened that night? Not even Keira can be sure. What she does know is that she's been having strange dreams since the accident, and now she's stuck with a broken ankle and the possibility of never playing soccer again. That is, until she finds Jake's telescope, and is drawn across the Bridge of Ice to Shar.

Now Keira is marooned in the City of Silver Light with Daniel, Jake’s younger brother, with no way to get home. But that is the least of their worries, for the secrets they discover in Shar are more dangerous than Kiera could ever have imagined. And the fate of both their worlds are in their hands.

I hate my hair! I just want to get that out there. It’s this red colour, curly, and totally unmanageable. Also, have you ever tried playing soccer with hair falling in your face? Nope? Yeah, well, I wouldn’t either if I didn’t have to. Anyway. I live with my mum, who works at a bakery. She works too hard, but since my dad took off I guess she feels like she’s gotta make everything perfect for us, at least financially.

If you haven’t already guessed, I’m not a girly-girl. I don’t wear dresses all that much, and jewellery just gets in the way. And make-up – forget it! I guess that’s why I don’t have too many girl friends. My best mate is probably Jake Miles, but who knows what’s going on with him these days?

Describe yourself: what is your worst and best quality?

I’m stubborn. That’s my worst quality. Seriously, I can sit there and argue with someone all day, even if I start to think they might be right. I’ll still argue anyway!

Best quality? That’s a tough one. I’m good at soccer. I once ate three Big Macs in a row because Mikael dared me too. I like to win. I’m competitive, because I don’t want to let myself down. Or anyone else. Is that a quality?

I wish I could tell other people that I’m not always as confident as I make out. I mean, most of the time I am. But it doesn’t mean I’m not freaking out inside, you know?

How about Shar? That’s the biggest secret ever! There is this totally alien world out there, hovering in our sky, and most of us don’t even see it.

When I hurt my ankle, I didn’t know if I’d ever play soccer again. So what was I supposed to do with my life? That was my biggest fear – that I might end up as a total nothing.

If you’d asked me that before all this happened, I would have said to play professionally. Think about it! The crowd going wild when I kick the winning goal. The fame, the glory. But now I’m not so sure, because I’ve discovered something else – I want to help people. I want to make this world a better place.

It’s complicated. Like, way complicated. I totally thought I was in love with my best friend. But I’m starting to see how wrong I was. He’s in love with someone else, and now I’ve met this guy from another world who’s trapped on Earth… Take quantum theory and times it by ten. That’s how complicated it is.

Fashion? What’s that? Let’s just say, I’m happy in trackies and a hoodie.

My idea of happiness is having something to do. I’m not the kind to take a holiday, sit down and relax. I do stuff all day, every day. I hate sitting still.

Right now? I’m exhilarated! I just came back from a run around the lake at Phoenix Park, stopping by the treehouse in the woods to check on Archon – or Aaron. He’s up there with Daniel, hammering some new boards in place. Both of them looked at me like I was crazy for sprinting up the hill like there’s no tomorrow.

I’m sweaty and hot and guzzling down a bottle of water. But I’m on my feet and I’m running, which is pretty amazing since the doctors were saying I might never run again.

There’s a shard of ice in my pocket. I keep it with me all the time, like, always. It’s pretty special, that shard.

People who are dishonest. I hate lies. Which is pretty funny, since I’ve had to tell a few of them myself about everything that’s happened. I tell myself it’s for a good cause – and there’s no way people would believe me, if I told the truth! – but still, I hate it.

A guy has to make me think. He has to challenge me. I think that’s why I broke up with Baz – and with every boyfriend I’ve had in the past. And I think that’s what attracted me to Jake. But Archon… wow, he is different. He doesn’t just challenge me. He’s my opposite – he thinks deeply about things, and tends not to act on impulse. It sounds corny, but it’s kind of like finding the missing part of yourself, you know?

I used to think I’d change my hair, but that seems superficial now. I kind of think I’d rather make a bigger change. Like, I’d be more accepting of people. I’d try to be less abrasive, and definitely kinder to my mum. So, yeah. I’m gonna work on that. 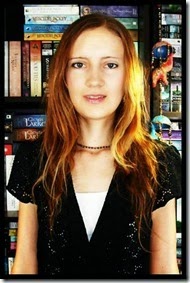 Ruth completed a Bachelor of Arts/Diploma of Arts in Professional Writing and Editing in 2006. Her other published works include “Monster-boy: The Lair of the Grelgoroth”, Book 1 of the Monster-boy Series, and “Sand Dog”, an illustrated picture book for younger readers. Both are available from Amazon.com.

Ruth has been an avid reader her entire life and, inspired by the books that engrossed her as she was growing up, she aims to create stories that can draw readers in and enthral them for days or weeks. She writes every day and lives in Ballarat, Victoria, with her partner, her cat, and an ever-expanding library of books.