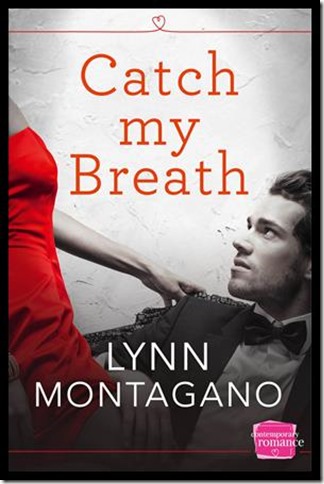 Lia Meyers' plan for a relaxing Scottish vacation is short-lived when one uncharacteristic moment of clumsiness lands her in the arms of a dangerously attractive Englishman.

The perfect opportunity for a much needed holiday romance? Wrong! Lia’s still reeling from the mother of all bad breakups, and she really doesn't have the patience for Alastair Holden – despite his effortless charm and sexy British accent.

Arrogant and totally inscrutable, he's exactly the sort of guy she wants to avoid but can't: the man behind the mystery proves just too tempting to resist.

Drawn to him, Lia is forced to battle with her own insecurities, and the closer they become, the more she recognizes her own weaknesses as she peels away his layers with every night they spend together. Discovering the past Alastair is so desperate to conceal, Lia must decide if they can heal one another together or if their deepest fears will tear them apart.

I always knew I wanted to write for a living but not necessarily books. I wanted to write for television, which I did end up doing while writing for broadcast news. When I finally made the jump from newscast to novel it was a fun departure from only writing stories that lasted 30 seconds.

Not long at all. I wrote this series for myself, just to see if I could fulfill my goal of writing a novel. I joined a few writing communities and put Catch My Breath out there for critique and to see how people would respond to it. The results were overwhelmingly positive so I decided to submit to publishers. Within six weeks of submitting, I had offers from four different publishers. I did NOT expect that at all and consider myself lucky. I ended up signing with Harper Impulse (an imprint of Harper Collins) and have been so happy with them.

What is the name of your latest book, and if you had to summarize it in less than 20 words what would you say? Catch My Breath is the first book in my debut trilogy, The Breathless Series. The latest book in that series (Effortless) was published this past February. The books (Catch My Breath, Unravel Me and Effortless) follow the relationship between American news producer Lia Meyers and mysterious English media mogul Alastair Holden. I loved the idea of having a trans-Atlantic romance. Their story starts out innocently enough but with any relationship, it’s the journey that makes it compelling. Both of them have something in their past to overcome before they can fully give themselves to the other.

It doesn’t take me long to write at all once the ideas, characters and story start flowing. I wrote this whole series in about six months but then spent the majority of my time editing and polishing them. That’s where the most intensive work takes place. There’s always some scene to improve or character to strengthen. I enjoy the whole process of writing, from the beginnings of an idea to finally letting it go to the readers.

I have a few ideas that I’m working on at the moment. One of them is another contemporary romance but with a twist of the supernatural.

They are contemporary romance with a dash of sex appeal and sass.

It felt right for the story my characters wanted to tell. Maybe someday I’ll try my hand at a completely different genre, like psychological thriller.

The Breathless Series is the first series of novels I’ve ever written so I have to say my characters from those books! I loved writing Lia and Alastair. They were both so much fun to write. I guess in the spirit of the question, I’ll pick Lia because her voice was so strong in my head as I wrote the series. She’s an average 27-year-old woman trying to make her way through life. What makes her special is her relatability. She works hard, loves her family and friends, makes bad relationship choices and keeps a quiet strength about her that really makes you want to see everything work out.

No, I don’t read them all. Don’t get me wrong, I’m curious to see what others say about my books but once they’ve been published and are out there for the readers, I don’t have any say in them anymore. I’ve received many positive reviews and a few not so positive ones. They really don’t bother me because everyone’s experience reading a book is personal and subjective and their own journey. I’m just happy somebody decided they wanted to read something I wrote!

I used a working title for this series as I was writing it. The titles didn’t really come to me until I finished the first book. Once I came up with Catch My Breath and saw the direction the series was going, the other two titles –Unravel Me and Effortless- fell into place.

Do you decide on character traits (ie shy, quiet, tomboy girl) before writing the whole book or as you go along? Pretty much every aspect of my character’s traits are decided before I started writing them. As with everything else in life, their traits morph and change the deeper they get into the story. Lia is not the same girl she was at the beginning of Catch My Breath as she is at the end of Effortless. And the same can definitely be said about Alastair.

For me, there is nothing better than the feel of a paperback book. I love it. That being said, I do also enjoy having a little digital library on my Kindle Fire.

Yes and no. I’ve seen some brilliant movie adaptation of books (The Lord of the Rings, Contact) and some not so good ones. Books are so great because we can picture the author’s world however we want. Someone else’s interpretation may not match what we pictured. For example, I adore the Harry Potter series and was so excited when those movies were being made. My favorite book in that series is Goblet of Fire and I was not disappointed in how the movie turned out. 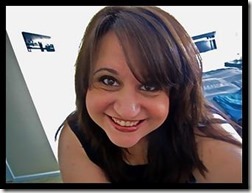 A fresh, new voice in contemporary romance, Lynn is a former TV news writer who decided to take the plunge and write a novel. She's thrilled that her debut series has been published by Harper Impulse. Catch My Breath, Unravel Me and Effortless were released to rave reviews.

Lynn grew up in a small town in Rhode Island before venturing out into the world. She's lived everywhere from Los Angeles to Boston to Orlando. An avid traveler, Lynn's been as far away as Australia and as close as Canada. Her favorite place to visit is London.

The small town girl is back on the east coast after a brief stint in Northern California. Lynn currently resides in Massachusetts, comfortably close to her beloved football team.