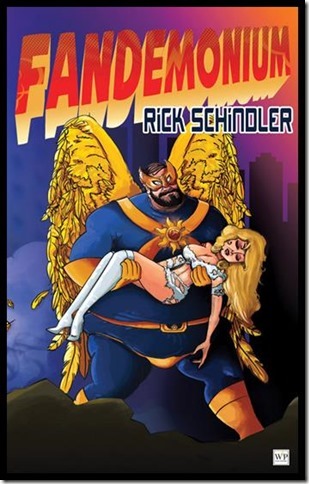 Ray Sirico used to have it all. Once, he was the brilliant and outrageous Clown Prince of Comics, who reinvented the venerable superhero Skylord, and ranted and rollicked everywhere from TV talk shows to Hollywood premieres.

But that was in the ’70s and ’80s. Now it’s 1993, and Sirico is a drunken has-been. His wife has left him, his movie flopped, and his comics’ publisher is doing so poorly that its new corporate parent has come up with a radical marketing stunt: the Death of Skylord.

Still, Sirico has one last chance to recapture the limelight: Fandemonium, the nation’s biggest fantasy convention. But others are coming to the con too: Harmony Storm, the sex-crazed actress who broke up Ray’s marriage; his former collaborator Tad Carlyle, who now has his own company, and a troubled relationship; Fred D’Auria, a fanboy fleeing adolescent traumas, and corporate conspirators who are plotting to sacrifice Sirico’s greatest creation for motives deeper than even his fevered imagination could conceive.

Together, antihero Sirico and his superhero Skylord stand at the crossroads of comics and commerce, where quirky creators, fervent fans, conniving businessmen and preening celebrities converge. Deal-making, drug-dealing, lovemaking and truth-telling all collide at the riotous climax of a fateful weekend that leaves no one unchanged.

Fandemonium uses the colourful world of comics and fantasy as a microcosm and metaphor for media consolidation and the excesses of global mass culture. It is at once a hilarious satire of business and society, a portrait of an artist no longer young, and a sometimes poignant look at a universal challenge: to grow up, face the world, and put away childish things.

How long did it take you to write Fandemonium, from the original idea to publication?

The book evolved in fits and starts over 15 years. At various points I put it aside for years, rewrote it from start to finish, and even gave up on it altogether, or so I thought. It was represented by two different agents, under two different titles. It was rejected by many editors, some kindly, others not so much.

What genre would you place your book into?

Well, that’s one of the things that kept coming up in the rejection notes: Editors complained that it doesn’t fit into a genre. I think it’s a literary satire, a comic novel with serious overtones, but I guess that’s not a genre like “crime” or “dystopian young adult novel.” By the way, did you know there’s a Twitter feed called “Dystopian YA Novel”? It’s pretty funny.

What made you decide this particular type of book?

At the risk of sounding New Age-y, I’d have to say the book decided what kind of book it wanted to be.

Do you have a favorite character/s from your books? And why are they your favorite?

I can’t be the first writer to say this: That’s like asking me to choose my favorite child. How about if I tell you about my agents’ favorite characters instead?

My first agent, a man, liked oversexed actress Harmony Storm and wanted more of her, and disliked 12-year-old comics fan Fred, a lot. My second agent was a woman who hated Harmony and felt she was unrealistic. But she loved Fred and wanted him to be introduced earlier.

How long have you been writing? Who or what inspired you to write?

Not counting the novel set in Disneyland I started when I was 9 or 10, I guess my writing career began my junior year in high school when a short story I wrote for a homework assignment got published in the school literary magazine and then won a New York Times award at a press day event. Validation is addictive.

Did you always want to be a writer? If not, what did you want to be?

Since I was trying to write a novel when I was 10 or so, I guess the impulse goes back pretty far. But I was also very interested in science as a kid, and I was always attracted to computers. Maybe if I’d paid more attention to math in high school, I might have wound up writing computer code instead of novels.

Fandemonium is a complex narrative that includes many different types of characters. How did you come up with your characters’ names?

I’m pretty obsessive about names. If I can get a character’s name just right, their whole personality comes right along with it.

I grew up in Buffalo, New York, where there is a rich tapestry of ethnic surnames: Polish, Italian, Irish, Eastern European. For two years I want to a prep school run by a Hungarian order of priests. Maybe that’s why so many of the names I see in contemporary novels seem bland and anodyne to me in comparison.

I keep a file of real-life names I like. I think a lot about the names of kids I went to school with. Sometimes I look carefully at the production credits of old movies. I have pored through telephone directories and genealogy websites.

And sometimes I look out the window. I struggled for months to think of the right name for the hotel most of Fandemonium is set in until one day I noticed a van driving by that said OLYMPUS CLEANERS. There it was.

Some of the names in Fandemonium have specific meanings to me. Fred is named D’Auria because he’s to me he’s golden, a golden child. Harmony Storm’s first name is ironic and contradicts her surname. There’s a character named Alec Tilton after the late rock musician Alex Chilton, just because I happened to like that name.

One book blogger who reviewed Fandemonium was completely enamored of a very minor character who shows up briefly only twice, a TV reporter called Taffy Poppenberg. I’m pleased with that name.

Do you decide on character traits (e.g. shy, quiet, tomboy girl) before writing the whole book or as you go along?

As I go along.

Are there any hidden messages or morals contained in your books?

No, they just come right out and bash you across the skull, I think. Subtlety may not be my greatest strength.

What is your favorite book and why?

Gravity’s Rainbow by Thomas Pynchon turned my head inside out, which I touched upon in a blog post here. Purple America by Rick Moody affected me deeply. But I guess I’d have to choose Infinite Jest by David Foster Wallace, which shatters the boundaries of what a novel can be.

James M. Cain had most of his books sold as movies but avoided seeing them. When people asked, “Don’t you care what they did to your book?” he supposedly answered, “They haven’t done anything to my book. It’s right there on the shelf.”

I think Ang Lee did a nice job capturing the wistfulness of Rick Moody’s The Ice Storm in 1997. It’s an overlooked film that I think will be rediscovered.

The best book-to-film adaptation of all time may be John Huston’s 1941 version of Dashiell Hammett’s The Maltese Falcon. The final line, “the stuff that dreams are made of,” caps the movie exquisitely, and it’s not in the novel. Bogart came up with it.

As far as I know, no one has ever been able to make a decent film of The Great Gatsby, even though it’s been tried five times since 1925. I’ve only seen the 1974 and 2013 versions and I didn’t like either of them. I’m not sure Gatsby is filmable.

I am not a foodie. My dad was in the supermarket business, and I was raised on processed food. It’s not that I don’t appreciate a fine meal now and then; I do. But day in, day out, it’s fuel to me. I have a foodie friend who hates when I say that. But put me in a decent diner, I’m a happy man.

I’m a lot pickier about music than food. It’s a huge topic for me. My younger brother, my only sibling, is a professional musician in New Orleans, where bad music simply isn’t allowed.

Let me carve the huge subject down and say that two of the most interesting albums I’ve heard this year are “From Kinshasa” by Mbongwana Star, a band from the Democratic Republic of the Congo, and “IF” by Paul de Jong, formerly of the band The Books.

I don’t know. Maybe if I had my colors done I’d find out. I’ve always sort of wanted to do that.

Your favorite author is?

Thomas Pynchon. For one thing, no one does character names better than Pynchon, not even Dickens. They’re amazing.

Why should readers choose Fandemonium to read?

I used to have some of my old comic books framed in my living room. Sometimes when grown men, burly men who had come to deliver furniture or do work on the house, happened to enter that room, their eyes would fall on those comics and soften, and I could tell they were remembering the boys they had once been.

And readers should choose Fandemonium because comics are only part of what it’s about. It’s really about people who make and love comics. 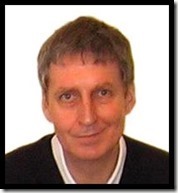 Rick Schindler is an award-winning journalist and a lifelong comics fan and collector. He is an editor, writer and producer for NBC News Digital. Fandemonium is his first novel.