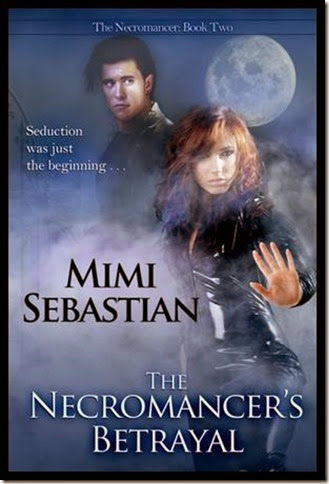 Her powers have been hobbled. Her enemies are growing stronger.

Old loves challenge her. And her worst betrayer may be herself.

Necromancer Ruby Montagne is battling for her life in the realm of demons. Unfairly branded for the death of a fellow necromancer, she’s got to prove her innocence without the full use of her magic. And the real culprit is still on the loose.

While someone is stalking her friends among the witches, Ruby searches for answers inside the dark intrigues of both the demon and necromancer worlds. Ruby must confront this new, sinister threat while reconciling her feelings for her former lover, a demon warrior. Only it’s difficult . . . because a sexy vampire is making it clear that he’d like to be a lot more than just friends.

The competition for Ruby’s trust heats up as the enemy pushes her toward a dark side that could threaten the entire realm. Yet what can Ruby do when she’s not even sure what she is? With the fabric separating the realms at stake, she must decide whom to trust. But will the ultimate betrayal be her own?

“See, that’s the difference between demons and vamps. No honor, here.”

I stuttered a laugh. “Demons do not have honor.” I paused. “You have honor. You just don’t want to admit it.”

“Does an honorable vampire lust after the woman his friend desires, but can’t have?”

I laughed, taking his words as typical alpha supe flirtation, but when I looked at his face, my laughter stilled. He wasn’t joking. I dropped my gaze to the deck, and he returned to messing with the sails.

His admission had tainted our breezy conversation, and a salty awkwardness layered the air between us for the rest of the cruise. When Ewan had stumbled upon Lysander comforting me after my encounter with Dominic, I had to lie to him. Of course, that led him to imagine a much worse scenario than the actual truth, which I couldn’t reveal. Now a new, more insurmountable obstacle divided Ewan and me, but the episode with Lysander was almost more unacceptable to Ewan because I’d caused it. And now, Ewan had written our relationship off, and I was sailing in the moonlight on a boat captained by a hot vampire, who used to be a pirate, and who had given me the occasional glimpse into a passion and vulnerability that would be increasingly hard to resist. I was screwed.

We cruised into the Oakland Inner Harbor, heading for the Alameda Marina. He pulled up next to a catamaran and docked the boat. We disembarked and traversed the wooden dock, heading for one of the new oyster bars that signaled the revitalization of the once-industrial area. I clutched my scarf against the chilly air creeping along the waterfront. The nearly-full moon projected an incandescent glow onto the water, providing the only light to dispel the thickening darkness. We left the dock and took a dirt path intersecting a concrete sea wall on our left and a string of warehouses on our right. The only sound came from the water slapping against the sea wall. I darted my eyes around us and sidled closer to Lysander. The shadows lengthened, seeming to nip at my heels as we walked. Shadows didn’t have malevolent intent, did they? These seemed to crouch, ready to pounce; Seemed to whisper, “Come . . .”

Lysander gave me a reassuring look, obviously perceiving my nervousness. The lights of the bar about fifty feet ahead became visible, and I shook off my anxiousness. I was with a fricking vampire who used to be a pirate.

“Not very smooth for a vampire,” I said with a laugh.

He didn’t laugh back. His only response was to stop suddenly and groan. I moved to face him and recoiled at the sight of his face illuminated by the moonlight. “What the hell? You’re turning all Nosferatu on me. I liked the movie and all, but it’s not a look that works for you.”

When he met my eyes, and I saw his confusion and desperation, I realized this wasn’t some normal vampire transformation. His skin was shriveling in sick slow motion before me, prune-like, turning to the color of ash and flaking away as if burning from the inside out. “Oh, Christ. Lysander, what’s happening?”

“I don’t know,” he managed to croak from a throat that was shrinking upon itself.

Whispers, real now, louder, drifted toward us from the shadows clinging to the spaces between the warehouses. No. I’m not going crazy. Someone is out there. “Who’s there? Son of a bitch. Show yourself!”

A soft laugh answered me.

Fuck this. I turned toward the warehouses, but a tug on my pants stopped me. “Blood,” Lysander rasped.

“I’m dying.” His voice sounded as shriveled as he looked. His skin was no more than a thin layer of plastic shrink-wrapped around protruding bones.

I slapped my head with my palm. Oh God. Oh God. I can’t do this. I wasn’t worried about transforming into a bloodsucker. I knew it took much more than a few blood exchanges to turn someone. My fear came from my own power. Like with Dominic’s lieutenant, the necromancy could taint the blood connection and turn Ly into a zombie. I took another look at him and dispelled my fear. He was dying. Maybe he was stronger than Dominic’s lieutenant. Maybe his blood would resist my power. Please.

I squatted next to him, held out my wrist, and squeezed my eyes, not sure what to expect. Getting sucked on by a vampire was supposed to feel better than ecstasy—that’s why so many people frequented the vampire club—but when the lieutenant had sucked my blood, his fangs had felt like hot pokers ramming into my neck.

Lysander jerked his fangs into my wrist, and I cried out. Okay. No pleasure here. His fangs shook, like he needed his fix bad. He tore at my skin with sloppy slurps. I gritted my teeth at the pain that scorched my wrist. My arm shook, but he held tight and sucked. I didn’t even know if this would work. I didn’t want him to die, but what would I do if he transformed into a zombie? I felt my power murmur inside me, unhappy at the intrusion, but I stamped it down, hopefully before it could taint the blood.

Lysander pulled off my wrist. The force of the movement caused me to fall back on my ass. The air and ground spun around me, and I fought off the nausea with deep breaths. The moonlight slashed across Lysander’s profile, and I sighed, relieved at the pale, vampire tone of his wonderfully tight and unshriveled skin. I reached out my hand, trembling violently, and touched his shoulder. He twisted his head, and I recoiled, seeing the same emptiness in his eyes that the lieutenant had reflected when he’d drunk my blood.

Character Bio: Vampire bartender and former pirate. In the Necromancer Books, he helps Ruby, the necromancer, navigate the intrigues with the vampire community, and in doing so, they become closer…maybe too close for their own good. 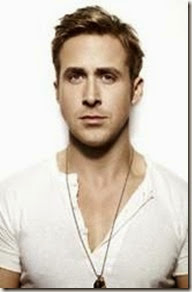 Worst? <Smiles> I’m pretty easy-going for a vampire. Most of them are pretty uptight. Depending on your perspective, my easy-going manner could qualify as best and worst because sometimes people underestimate me because I’m so low key.

I can’t tell you that. Mimi would kill me because it’s revealed in Necromancer’s Betrayal.

For someone who’s immortal, I don’t know. Maybe it’s becoming irrelevant or reaching a point where you can no longer find a place for yourself in whatever new decade you find yourself in.

<His eyes glaze over and he looks away> Finding someone to love who isn’t going to die on you. <He pauses> I guess I’m avoiding saying I want Ruby, the necromancer, but I think I’m doomed as far as that goes. We have too many things pushing us apart: obligations, prejudices, and one very pissed off demon warrior.

<He laughs> I see all your easy, nice questions were just a way to put me at ease before hitting me with the hard stuff. My relationship status…let’s see…completely screwed up. I desire someone who is hated by my race and who is also desired by a demon, who used to be my best friend.

A rebel without a cause. <He shrugs> I try to stay out of vampire politics because I don’t want to get caught up in their self-important bs. I guess to them that makes me a rebel.

Staying in touch with my humanity, what little of it still flounders inside me.

Sailing my boat on the ocean, wind blowing…nothing like it. No one to judge you, just you and the elements, the ocean currents.

My sail boat. I would include Ruby in that too but she’s not my possession, unfortunately.

The fact that I’m not a broody vampire.

I think I’m in the middle of that right now, trying to decide if I should push the envelope with Ruby, somehow knowing I won’t and knowing I’ll regret it.

Not being led by blind allegiance.

Compassion. I guess I’m thinking about Ruby on this one, go figure, but for someone who can raise the dead, she’s extremely compassionate.

Be human again. I don’t know. I’m not sure I want to give up being a vampire, but something I tells me that’s the right response here. <He shrugs> I don’t know. 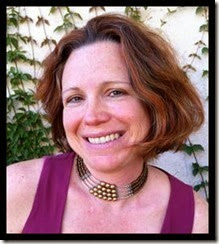 Mimi Sebastian raised herself on books and the strange and unusual, and an unhealthy dose of comics and movies. When a career as a punk guitarist failed to materialize, she completed her degree in urban planning, spent two years in the Ivory Coast with the Peace Corps, and another three years in Brazil. By day, she debates the merits of transport oriented development, by night she writes about necromancers and pirates. She’s convinced she could live off coffee, ice cream, and comic books, but is sure only one of those is good for her health.

She's a member of Romance Writers of America and the Fantasy, Futuristic and Paranormal chapter of RWA. A transplant from the beaches of Florida, Mimi now wanders the desert in Phoenix, AZ, and attempts to balance writing with a day career, fantastic family, and household diva: her Amazon parrot.