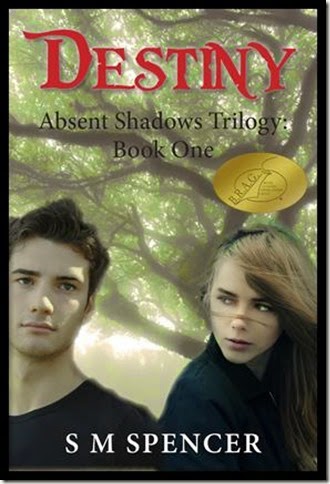 Destiny: ‘The predetermined or inevitable path a person must follow.’

When nineteen year-old Lili McIntyre decides to trade her California summer for a mid-winter visit to Australia, it’s in hope of finding inspiration and direction in the country where her father was born.

But when she arrives in Melbourne, the first thing she finds is the last thing she’s looking for—a brooding man who makes her heart race every time she sees him.

Against her better judgement, Lili finds herself drawn into a relationship that tests her very beliefs about life, reality and fantasy. But the real test is how to follow her destiny as she faces some of the hardest decisions of her life.

Using a modern theme, the author tells an old fashioned love story that you won’t want to put down, even when you’ve finished the last page.

Sometimes, when something bad happens, time seems to slow to a crawl.

Like that time I was running to visit my friend who lived down the street. I was only about ten at the time, but it seemed like it was yesterday. I remember exactly how it felt as I ran down that street toward her house. And how, when I was only part way there, I stepped on an acorn and my foot rolled out from under me. As I fell, the pavement got closer and closer to my face—in horrible slow-motion. I hit the ground with my hands stretched out in front of me, scraping the skin off both palms. They barely bled but man they hurt like crazy.

Yes, I could replay that memory like a slow-motion movie in my head even now—years later.

What happened next was like a series of still photos. Tom flew out of the bedroom in a blur, but stopped just long enough for the image of his face to be burnt into my mind. His eyes were no longer soft brown, but were instead a glowing red, and his normally tanned complexion was now pallid grey. But what really stood out was the blood that ran down from the corner of his mouth.

Then I heard Sam’s voice—loud and harsh. ‘Go!’

Tom was gone and I heard the door slam.

I closed my eyes for no more than a long blink—it couldn’t have been more than a second—but when I opened them, Sam was in the bedroom, bending over Claire. Was he doing something to her neck? She was so still.

I ran to the doorway but stopped short of going in. I couldn’t draw a breath to scream or talk. I just stood there, frozen.

I think the desire to be a writer started in my teens. I read a lot and would often get caught up in the characters, living their stories long after I’d finished the books. I had a great deal of respect for authors that could do that, and I wanted to be like them.

Probably when I finished the first draft of Destiny.

I canvassed a number of agents and a couple of e-book publishers and got responses that varied from cold to lukewarm. The main message coming through was that the genre was very crowded, so I figured I was wasting my time trying to get a publisher to put their money into the series. But with encouragement from friends and family I decided to simply bite the bullet and do it myself.

I am fortunate enough to have retired from my “day job” and can now direct all my creative energy toward writing.

Young Californian visits her aunt in Australia and finds herself caught up in a world full of vampires and ghosts.

The Absent Shadows Trilogy took a few years – but it is three books, and I was still working full-time when I started it. I’m working on a rural romance at the moment and suspect it will be about six months start to finish. I think it really depends on the complexity of the story.

The Absent Shadows Trilogy is YA paranormal romance, because it has no graphic sex or violence.

I was working around the corner from Melbourne’s Queen Victoria Markets, up near the Flagstaff Gardens. Walking around at lunchtime, I started sensing that I was smack dab in the middle of the perfect setting for ghosts and vampires—and the story just developed from there. Of course, the late night ghost tours I’d done in the area, where I’d learned the history of the cemetery under the market’s carpark and about ghost sightings all throughout the area, really helped. And like many, I was caught up in the resurgence in popularity of vampires.

I love all my characters, but I think I like Crystal the best. She is caring, and beautiful, and gentle and all things feminine. But at the same time, she is strong and powerful, and not to be messed with. She is Aphrodite and Athena wrapped up in one awesome little package.

I’ve been writing seriously for about the last five years. But I was inspired to write when I was just a teenager. When I finished Daphne Du Maurier’s Frenchman’s Creek, I couldn’t get the story and characters out of my head for the longest time. Years later, I went to Cornwall, and found what I thought could have been the setting for the book and relived those pages once again. I had so much respect for this ability to create a story that had such a lasting effect on me as a reader that I wanted to do the same thing.

Nope – whenever and wherever the mood strikes me.

The title comes along throughout the process.

The characters sort of name themselves, and the places are a combination of reality and pure imagination.

The characters evolve throughout the story, and they decide for themselves how much they want to show me.

Are there any hidden messages or morals contained in your books? (Morals as in like Aesops Fables type of "The moral of this story is ...")

I prefer to read eBooks and paperbacks. I find most hardbacks too heavy to sit and read, although they do look nice on the shelf.

I tend to have a new favourite every time I finish a good one. Right at this very moment, my favourite is The Glade, by a fellow indieBRAG Medallion honoree, Harmony Kent. But this will change as soon as I read another really good book. My favourties have included such classics as Gone with the Wind, The House at Pooh Corner, Something Wicked This Way Comes and of course, the Harry Potter series.

I think books with good characters, as well as lots of dialogue and action, become great movies. Books that are more cerebral, that are in the head of the key character, are harder to translate to film.

Tortilla chips! Or as we say in Australia, corn chips!

I have lots of favourites, but Stevie Nicks and Casey Chambers are both up toward the top of the list.

Do I have to pick just one? I go through various genre moods. I devoured Harry Potter and The Chronicles of Narnia (didn’t everyone?) but also enjoy finding an author with a continuing series, like Patricia Cornwell, John Lescroart and Janet Evanovich. I particularly enjoy a good mystery/thriller with a romantic element. And I can’t leave Ray Bradbury, Stephen King, J.R.R. Tolkien, C.S. Lewis and Daphne Du Maurier off the list either. Seriously, it goes on and on and on … 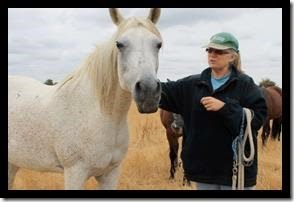 S M Spencer was born and raised in the San Francisco Bay Area.

As a young teenager her mother introduced her to the world of romantic suspense by encouraging her to read the works of authors such as Daphne du Maurier and Mary Stewart. These books stirred a passion in her that would last a lifetime—to become a writer.

Feeling the need to experience life before embarking on a writing career, Ms Spencer completed a business degree. Her career eventually landed her in Melbourne, Australia, where she has lived ever since. Yet her true passion to be a writer never abated.

SM Spencer now writes from her home in the outskirts of Melbourne, where she lives with her husband, horses, cats and dogs.