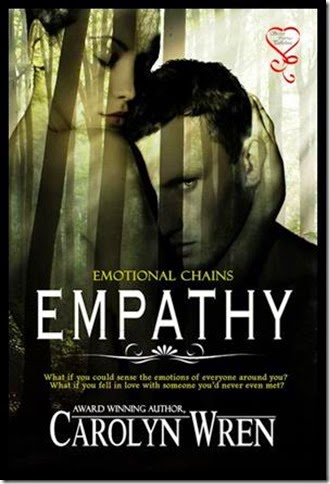 What if you could sense the emotions of everyone around you? What if you fell in love with someone you’d never even met?

Oliver Lord belongs to one of three special families, empaths who feel emotions as a physical sense. Quiet and reserved, and accustomed to keeping his abilities hidden, Oliver is drawn inexorably to a woman he’s never met. The woman who made his brother’s last year of life so happy.

When Zoe Daniels, talented sculptor, loses her fiancé before their wedding, she can’t imagine finding love again, until she meets Jasper’s unknown brother, a man so different, yet so achingly familiar to the man she adored. What is Oliver’s secret, and why is he so determined to keep her at arm’s length?

A violent kidnapping and murder forces the empaths from the shadows to seek justice for one of their own. Oliver turns to Zoe, needing her comfort and love. Can she accept him for who he is?

Oliver and two powerful empathic friends need to track down the kidnappers before they strike again, but how do you solve a murder, when your only clue is emotion?

She sighed and leaned forward. “I’m about to tell you something. I would appreciate it if you’d listen with an open mind, because it’s going to shock you.”

Mike mirrored her position, leaning his elbows on the table. “Very little shocks me these days, Miss Baron.”

“I prefer Meredith, or Merri.”

He inclined his head in acknowledgement. “If you have information on this case, I need to hear it.”

She fiddled with the spoon from her chocolate. The first non-confident move he’d seen her make. “I think Freddy may have been killed because of abilities he had.”

“Freddy was empathic. He could feel emotions as a physical sense.”

Mike sagged, fighting a keen sense of disappointment and a growing anger. He thought they were on to something, but no. She was one of those loopy new-age nut jobs—a very beautiful new-age nut job.

Mike shoved his coffee cup aside. “No, I don’t believe you, and if you’ve finished wasting my time, I have real work to do.”

“What happened in the alley?”

Mike hesitated with his palms flat on the table. “Nothing.”

“Liar. You had a panic attack.”

“Fine. I had a panic attack. I work ninety hours a week on a good week. I don’t eat or sleep properly, and I see a lot of terrible things. Sometimes the stress gets to me, okay?”

“This would be so much easier if you just believed me, but I see I’m going to have to prove it.”

She leaned further across the table. “It’s funny, isn’t it, how we accept some emotions as a normal part of our daily life? Fear, pain, worry, anger, anxiety, guilt? We put them down as a standard occurrence caused by traffic jams, a suspicious person in our peripheral vision, a horrendous story on the evening news. You know what I mean, all sorts of things. But, sexual excitement? Desire? Lust? Arousal? Those we can’t explain away quite so easily, can we, detective?”

Her voice was a husky edged blade running over his skin. Heat. His whole body was a mass of pulsing aroused heat. Mike fought the almost uncontrollable urge to jerk his hips forward and sink into soft firm flesh. I’m having sex. Jesus, I feel like I’m having sex. All of the sensations were there. A series of highly carnal scenarios ran though his mind like a movie. Supple limbs wrapping around his, warm silky skin rubbing against him, moist lips panting with hot breath, fanning his face. His erection pressed against his zipper, and even that was unreasonably erotic. Mike was lost in a sensual storm, held captive by luminous blue eyes. The pressure built in his lower back, culminating in a blast of sensation, a tightening of his groin. Christ, I’m going to come.

Meredith broke eye contact, relaxed back in her chair, and picked up her hot chocolate.

Mikes impending orgasm, and all the associated sensations, vanished. He slumped against the table, heaving in great lungful’s of air. “Jesus Christ!”

He gaped at her, his fingers curled into claws against the solid wood, and heart beating in double time. “What are you?”

The look she gave him was a mixture of exasperation and annoyance. “I’m not a what. I’m an empath. What do you say? Are you willing to listen to me now?”

“Yes,” he said, through a clenched jaw.

“Good.” She slid a gilt edged business card toward him, before standing and hitching a leather bag on her shoulder. “My place at eight tonight, address is on the card. Be prepared to listen. Oh, and Stone, drink your coffee. You look like you need it.”

Character Bio: Five foot eleven inches of pure trouble poured into cashmere and denim.  Meredith belongs to one of three special families who can feel emotions as a physical sense.  Strong willed and outspoken, Meredith knows the power of her abilities and isn’t shy about using them to get what she wants. With the characteristic red hair and green eyes of the Baron gene pool, she could never be described as forgettable. 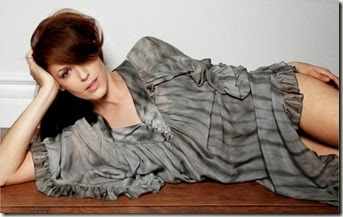 I’m honest and straight forward.  That’s either my best or my worst quality, depending on who you ask.

All I really want is everyone to be kind to each other.  People think I’m bossy, but the truth is, I figure if I can shove the simple concept of kindness and respect into enough minds, I can make the world a better place, even if it has to be one person at a time.

I want to be with someone who surprises me.  Someone whose mind I can’t control.

My dearest friend Kira is so powerful, her abilities are so strong and she has no way of shutting them off.  I’m terrified that one day it will be too much, and I’ll lose her.

For my friends and family to be safe and free from worry.  That’s why we have to catch this lunatic who might be targeting us.

I’m not in a relationship, not really.  Of course, there’s this Detective, Mike Stone.  He’s handling the kidnapping case for us.  We’re not dating or anything.  He’s so stubborn and I can’t even control his mind even when I want to.  He drives me crazy.

I adore clothes and shoes.  I’m very lucky, I have enough money to buy whatever I want, but the clothes have to be good quality and worth the money.  Trends don’t interest me.

Excuse me, I can’t quite concentrate on the question over the riotous laughter of the friends reading this over my shoulder.

My friends, Oliver, Kira and Jasper.  We’ve been together through thick and thin since we were children.  We’re the ‘Forever Four.’

Being with someone who accepts me for who I am, and still loves me.

I’m worried that we won’t find these kidnappers before they strike again.  But don’t tell anyone I said that.  I hate being perceived as vulnerable.

Everyone in the Baron family has red hair.  It does tend to make us stand out.

Deceit and lies, especially because I can read those emotions so easily.

The evil person who is threatening my family and friends.  I’ll find him, or them, I swear it.

He has to be truthful with no underlying hint of dishonesty, and he has to surprise me.

The ability to listen without judging.

Batman.  Who can resist a tortured hero.

My friend Kira.  If I had to live with her abilities, I would have gone crazy years ago.

Maybe I could be a little less stubborn.

Our family motto is ‘we find who we’re meant to meet.’  It’s nonsense, of course.  No one takes it seriously, but my Mum is always quoting it to me. 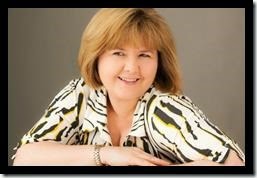 suspense series called, The Protectors. Having spent her working life as a book-keeper and finance officer for international companies, she discovered a passion for fiction writing in 2009. Assuming it was some sort of mid-life crisis, she kept it a secret for six months. In an impulsive move, she entered The Emerald, a prestigious writing contest for unpublished authors run by the Romance Writers of Australia. Much to her utter shock, she won it. This was followed shortly after by a finalist placing in the International Daphne Du Maurier Awards for Excellence in Mystery/Suspense.

She writes full time now, enjoys every minute of it, and loves hearing from readers.