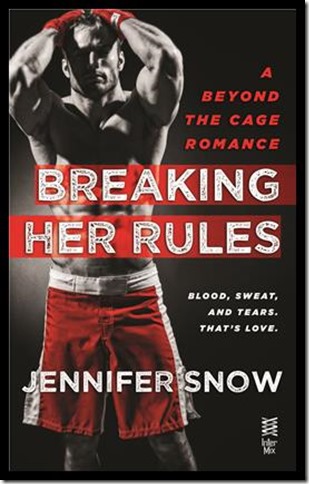 MMA fighters go the distance in this all-new series from Jennifer Snow, author of the Brookhollow novels.

Walker Adams was supposed to follow in his lawyer father’s footsteps, but instead he’s training to be an MMA fighter. And while he works for his chance to make it in the Maximum Fight League, he’s bunking on his baby sister’s best friend’s couch. Gracie Andrews is all grown up—in all the right places. But she’s engaged to the fight match-maker who holds Walker’s career in his hands…

Gracie had almost convinced herself that she’d put her silly childhood crush on Walker to rest. But the sight of him sleeping in only a pair of boxer briefs makes it clear that some things never change. And as old sparks turn to flames, Gracie is forced to decide between the future she thought she wanted or the man she’s never stopped loving…

“Shit, sorry.” Grace shut her eyes as she slammed the door, but not before seeing much more of her best friend’s older brother. Something her fifteen-year-old self would have gone to extreme measures to see.

Well, that image was going to take a brain injury to forget.

“I’ll just be a second,” he called through the door as she turned to leave.

“No worries-take your time.” She checked her watch. She had fifteen minutes before she had to leave for work. They would need to come up with a better routine if they were going to be roommates for several weeks.

Several weeks. Holy shit. How had Kylie talked her into this? When her best friend had called from California to ask the favor, she wished she hadn’t answered the call because Kylie had asked her a question she’d been unable to refuse.

Desperate was one word that failed to come to mind when she thought about Walker. She was pretty sure he’d never wanted anything too long before getting it. “Really?”

“Yes. I mean, he will never admit it, of course, but he’s left himself zero options. If he’s not attending classes, Dad says he’s not paying his rent or helping him financially until he wakes up and realizes he’s ruining his future.”

That sounded like Judge Adams. He saw one future for his son and Grace didn’t expect the man to ever support the fighting career Walker had dropped out of law school to pursue. She’d sighed. “All I have is a pull out sofa-no spare room.” She cringed at the thought of someone sleeping in her living room…even for a few weeks. She’d never had a roommate, preferring her privacy and space.

Roommates were messy and loud and…messy.

“Trust me-he’s not picky right now. He’s been sleeping in his Jeep for the last few weeks. He finally told me and I’m a little worried about him living on the streets in Las Vegas.”

Her resolve melted. The idea of Walker Adams down on his luck was a completely foreign one. The high school valedictorian and football star was not exactly lacking in the ‘good fortune’ category. Not when it came to success or brains or looks…so how had the guy voted ‘most likely to succeed’ in high school end up needing her pull out sofa?

“I was kinda hoping you’d come to your senses…” her friend had mumbled.

“Nope, still planning a future with a successful, gorgeous man.” She didn’t take offense at Kylie’s attitude toward Erik. The one and only time her friend had met her boyfriend, the Christmas before, they hadn’t exactly hit it off. Erik was kind of an acquired taste. His abrupt manner could be a little off-putting to those who didn’t know him well. Normally, if her best friend and boyfriend didn’t get along, it would be a cause of stress for Grace, but with Kylie a thousand miles away in L.A. and their visits rare these days as they both climbed their respective corporate ladders, her friend’s opinion seemed to matter less.

“Fine…Well at least he hasn’t proposed yet, so there’s still hope.”

Grace rolled her eyes. “So when is Walker getting here?” Changing the subject was always the best course of action whenever their talks turned to her relationship.

“I’ll text him right away with your address and he’ll be there soon. He can’t be that far away.”

Fan-fucking-tastic. Her best friend’s brother, a guy she’d been completely in love with at fifteen, and a man she hadn’t seen in almost five years would be her new roommate in a matter of minutes. “Can’t wait to see him,” she’d lied.

And boy, in less than twenty-four hours, she had certainly seen him. Every last perfectly tanned, sculpted inch of him. From the short dark hair, chiseled chest and shoulders to his drool-worthy abs and-ahem-everything else. Everything else.

My worst quality is my stubbornness-I let an argument with my father drag on for far too long and I realize now that we were both wrong. My best quality is obviously my abs lol. No, seriously, I think it’s my determination-I go after what I want-inside of the cage and out.

That I’m serious about fighting. Because I don’t come from a long line of fighters and I haven’t been training as long as most guys, my passion for the sport is often underestimated. Hopefully with a championship belt around my waist some day, people will realize I’m in the sport to compete and win.

Letting down the people who have supported me and believed in me.

I’m a jeans and t-shirt kind of guy, but I was supposed to be a lawyer, so I do clean up nicely in a suit.

I’ve always done what I’ve wanted…except for going into law school in the first place, but I had to drop out, even if it did mean disappointing my father.

Having the courage to go after what I wanted for myself. My previous fight wins as an amateur fighter really meant a lot and I’d count them as my greatest achievements.

Seeing Gracie from the cage as my hand is raised in victory after a fight, then taking her home and…I’ll stop there lol.

The last family picture we took together-my dad, mom, sister and me before my mom died of cancer.

Not realizing how great Gracie and I could be together before now.

My trainer Tyson Reed and his father-they are a legacy in the sport of Mixed Martial Arts and I’m lucky to have the opportunity to train with their camp at Punisher Athletics. 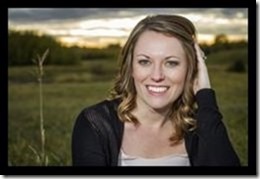 Jennifer Snow lives in Edmonton, Alberta with her husband and four year old son. She is a member of the Writers Guild of Alberta, the Romance Writers of America, the Canadian Author Association, and SheWrites.org. She is also a regular blogger on the Heartwarming Authors site and is a contributing author to Mslexia Magazine, WestWord Magazine and RWR. She has also taught RWA Chapters courses online. Her 2013 Holiday Romance-The Trouble With Mistletoe was a finalist in the 2014 Golden Quill Contest and the Heart of Denver Aspen Gold Contest.

Her publishing credits include two holiday novellas, previously published by The Wild Rose Press, now re-released or being re-released as self-published editions through Amazon. The Mistletoe Fever was an Amazon bestseller for two weeks in the category of Kindle Short Reads. Her six book small town, Brookhollow series is published through Harlequin Heartwarming and she has a new MMA sports romance series releasing through Berkley/NAL Intermix in 2015. RT Reviews has given each of her Brookhollow series books 4 stars.

She also hosts an annual SnowGlobe Award contest in recognition of holiday themed romance stories, with over forty entries each year, with participants ranging from new authors to NYT Bestselling authors, such as Brenda Novak and Sarah Morgan.

More information about the contest can be found at www.snowglobeawardcontest.vpweb.ca

More information can be found at www.jennifersnowauthor.com