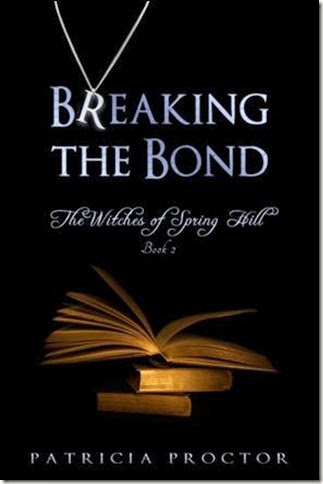 The Witches of Spring Hill

Follow the lives of two sets of fraternal triplets, Rowan, Chloe, and Kaiden Alexander and Xavier, Cian, and Brianna Silvan as they spend the summer immersed in witchcraft in the second book of the Witches of Spring Hill series.

Now that the Alexanders and Silvans have seen what they are capable of together, they believe that they are prepared for anything. But when a sexy stranger shows up at a party, Rowan is the first to suspect that there is more to this girl than meets the eye. With her newfound abilities, Rowan hopes to uncover the mystery of the new girl, while protecting Chloe and Cian from whatever… or whoever is breaking their bond. And although Kaiden can tell there’s something going on with his sisters, he’s having a hard time focusing on anything but Brianna Silvan.

Determined to unlock the secrets of their past, Brianna and Cian Silvan open the books that were left to them. In doing so, they raise more questions than answers and open themselves up to more than just their history. In searching for the missing third book, they encounter someone who has a vested interest in them and their books. Liam Alexander remains focused on protecting his family, but between dealing with two break-ins and coping with Rowan’s new abilities, he is forced to put his trust in Xavier… until one of them breaks their agreement.

The Silvans and the Alexanders must join together again, this time to stop the forces that threaten to separate them for good. But they won’t have to do it alone… they’ll get help from someone whose arrival in town will change all of their lives forever. Bonds will be broken, new relationships will begin, and new abilities will manifest, making this a summer no one will ever forget.

Rowan comes back to the present and quickly pulls her hand away, eyeing the new girl, who smiles wickedly at her. She looks at her friends to see if they noticed anything, but they are absorbed in a conversation and unaware of Rowan and Amber’s interaction. Thankfully, whatever just happened between them was obviously not big enough to garner attention. Rowan wonders if Amber even knows what happened or if she just thinks she won the social competition between them, which is a total laugh, Rowan thinks to herself.

Rowan glares at the new girl, looks her up and down one more time and walks away. She searches the crowd for Chloe and Cian and finds them standing close together, whispering to one another. She makes her way over to them and is not at all surprised when they don’t even notice her. She clears her throat and they separate just enough to let her into their space.

“I need to ask you guys about what happens when you have a vision, because I think another one of my abilities just manifested.”

Cian and Chloe pull Rowan away from the crowd and over to the dark side of the house. “What happened, Rowan? Did you just have a vision?” Chloe asks.

“I was just talking to the new girl – have you been lucky enough to meet that one?” Rowan asks, rolling her eyes. When both Cian and Chloe shake their heads, Rowan continues, describing what happened. “As soon as I touched her hand, I went into the vision. And it just so happened to be a vision of the night we killed Selene,” Rowan finishes in an angry whisper.

“Whoa, Rowan! Our visions don’t work that way. Our visions take us into the future, never into the past,” Cian says, looking to Chloe who nods her head in agreement.

“Well, this is just great!” Rowan exclaims, exasperated. “I wonder what the hell this means.”

“What what means?” Xavier asks, stepping around the corner, startling Chloe, Cian, and Rowan.

“God! You scared the shit out of us, Xavier!” Rowan says, breathless. “Couldn’t you have at least warned us you were there? And stop lurking, already, and get over here.”

“And where would be the fun in that?” Xavier replies, stepping out from the dark corner. He can’t help but think about how much he loves how quick Rowan is to anger. He’d much rather see this temper and attitude on her than see the sad girl who felt left out when everyone else’s abilities were manifesting and hers weren’t. This Rowan is strong, confident, and sexy as hell.

“You won’t love my attitude when I start swinging, Jet,” Rowan replies, returning to the nickname she gave to him the day they met. When he first moved to town, he started calling her ‘Red’ because of her auburn hair. She immediately nixed it, but he didn’t seem to mind that she never dropped her nickname of ‘Jet’ for him, referring to his black hair and black eyes.

“Rowan? You just responded to my thought… when did that ability manifest?” Xavier asks, clearly surprised and wary about how much she “heard.”

“Strong, confident, and sexy as hell,” Rowan whispers in his ear, nipping at his earlobe.

“Enough, you guys,” Cian interrupts, knowing that Rowan is only playing games with Xavier while Xavier’s feelings are genuine. “So… two new abilities manifested tonight? Is that right?” Cian asks Rowan.

Rowan nods her head and looks around at the confusion on everyone’s faces. “Maybe it’s just because we’ve all been spending so much time together?” she asks hopefully.

Chloe looks at her sister skeptically, “Why would two of your abilities manifest so suddenly?”

“Maybe it’s the new girl,” Rowan answers, only half joking.

“What new girl?” Xavier asks, realizing he missed more of the conversation than he thought.

“The tall, curvy blond… Amber. She said she’s new to Spring Hill,” Rowan says, looking around the corner at the party going on in the front yard. She immediately spots her friends, but doesn’t see the blond anywhere. “That’s weird. She’s been with my friends all night, but now I don’t see her anywhere.”

Cian, Chloe, and Xavier look out, scanning the crowd for an unfamiliar face. After a moment, they all agree that everyone at the party is someone they recognize.

“Just be careful, Rowan,” Chloe warns. “Something doesn’t feel right about this. I don’t know what it is, but we can’t deny that you slipped into the vision after shaking that girl’s hand. Maybe it’s a coincidence, but just be cautious around her until we know more about her.”

“Let’s go back and look around,” Cian suggests. “Maybe she’s in the house or in the side yard.” Although he agrees that something isn’t right about what happened, he feels adrenaline coursing through his veins. He can’t deny that he is excited about meeting the new girl.

Rowan looks over at Cian and realizes he doesn’t know that she just heard his thoughts and felt his excitement about meeting Amber. Rowan looks at Chloe, who is oblivious to it all and is making her way around to the front yard where the party is in full swing. Rowan shakes her head at Cian’s back and swears that if he hurts her sister, he will pay.

Thank you for featuring my book, Breaking the Bond on your blog! I’m excited to share with your readers a little about one of my favorite characters in the Witches of Spring Hill series, Chloe Alexander. She’s kind, honest, down-to-earth, and a powerful witch. In Breaking the Bond, Chloe experiences her first heartache, but she’s strong and nothing can bring her down. I hope this interview gives your readers more insight into her character. 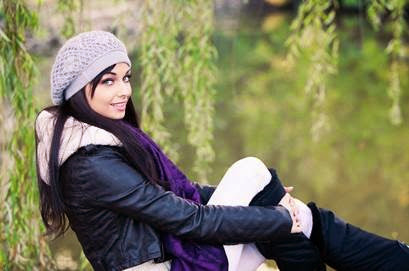 I’m 17 years old and I have long black hair and blue eyes. I’m average height and weight, though I’m the smallest in my family. I’m a fraternal triplet; I have a sister (Rowan) and a brother (Kaiden). I love to cook and spend time outdoors, especially working in my garden. AND, I’m a witch!

What is your best and worst quality?

My best quality is my heart. I love deeply and believe in love with every ounce of my being. My worst quality is that I trust others too easily. Although I’d much rather have an open heart, than be cynical.

I wish I could tell everyone I’m a witch, especially my old friends. They don’t really understand why I don’t spend much time with them any more. It’s just so hard to keep such a major part of my life a secret, but I have no choice.

Sometimes when I have visions of the future, I see things that I should warn people about, but I don’t. It’s not that I want to keep secrets, but I’ve learned that sometimes it’s better not to say anything at all.

I’m afraid of people in Spring Hill finding out that we’re witches.

To be able to practice my witchcraft so more of my abilities will manifest.

I’m in a relationship with Cian Silvan. He’s definitely my soul mate.

My own! I don’t care about labels and often make my own clothes. I don’t want to dress like or look like everyone else. I prefer to have my own unique look and my own style. You’ll usually find me wearing long skirts and tank tops.

I’m not really much of a rebel. My dad always knows when I’m lying so I don’t get away with anything.

My garden. It took a lot of work, but it is magnificent!

To me, happiness is spending time with the people I love, including my family, especially when we’re out at the clearing casting spells.

I’m a little concerned about something I saw in a vision that I have to keep a secret for now.

Kindness – I’m nice to everyone and every living thing.

I can’t stand cruelty, in any form.

I don’t really despise anyone, but I definitely have a problem with a person who attempts to hurt my family or someone I love.

No regrets! Every mistake is an opportunity for growth.

Integrity. I like a guy who is true to himself and true to his word.

I would be gutsier like my sister, Rowan. She’s incredibly adventurous and she’s fearless! 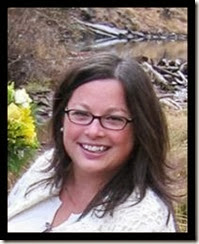 Patricia Proctor lives in Seattle, Washington with her husband and cats. She has a Master's degree in Library and Information Science and has had a love of books and reading her whole life.