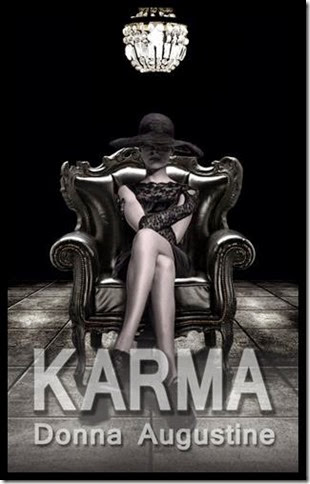 People say karma's a...well, you know. Personally, I don't think I'm that bad. It's not like I wanted this job. I wasn't even in my right mind when I accepted it. Now, I'm surrounded by crazy coworkers like Lady Luck, who's a bit of a tramp, and Murphy's Law, who's a bumbling oaf.

But the worst is Fate. He's got a problem with transfers like myself and I have to see him constantly. It's unavoidable, since we're hunting the same man, my murderer.

I was immediately drawn into the story and once I started I couldn't put it down. I can't wait for the next book in the series. ~ Review by BookGirl

“No. Just you. Everyone has their own department. You are Karma.” He pointed toward me dramatically, the way someone would try and accent a meaning to a person who didn't know the language.

“I'm not sure I'm adequately suited for this position. Even for a month. I'm more of a “bygones be bygones” kind of person. Don't you need someone a bit more vengeful?”

He looked down at the file spread on his desk. “I would disagree. Your file said you would be an excellent candidate.”

“May I see that?” I asked, eying up said file on his desk. How much did Harold know about me? Everything? That was an uneasy feeling. Even the best of us had our secrets and even though I considered myself a decent human being, I didn't think I fell into the saintly category.

The file didn't look big enough for my entire life to be in it. It didn't even look thick enough for a short story. Maybe just a highly edited Wiki version?

“No, absolutely not.” He shut the Manila folder quickly, as if I were going to jump up and try to peek. The guy took neurotic to a whole other level.

Okay, the file wasn't that important. I needed to keep the peace and simply explain in better detail how I'd made an error in judgment. Be nice. My southern mother had always said you caught more bees with honey than vinegar. She had tried to drill it into my head since I was a small child. It wasn't something I'd come naturally to, that was for sure, but it was a valid tactic, even if that wasn't the lesson my mother had meant to instill.

“Harold, when I agreed to work for you, I was under the duress of seeing my dead body. You can understand how jarring that can be, right? I wasn't thinking clearly at all.” It sounded logical enough to me, but I wasn't sure if he'd ever had the pleasure of dying and his manner didn't scream naturally empathetic.

He cleared his throat and I could tell by the set of his mouth that I wouldn't like the next words. “I'm sorry, but that's not how things work here. Like I told you, there’s a mandatory one-month trial period. An active one-month.”

He leaned back in his chair and pushed his glasses up closer to his face. His almost black eyes, artificially enlarged from the lens, stared at me in a bit of an awkward way. I wasn't sure if there was a bite to follow up his bark but his magnified beady gaze sure made the situation less than desirable.

Still, beady gaze and all, I had to try one last time. Perhaps a different angle. Regardless of my record, he clearly thought I was an idiot; maybe that was the way to go. I had no problem playing a stooge if it got me out of here quickly.

“As you stated, I'm a transfer. You really don't want me. I'm a horribly slow learner. The mistakes I've made in my life, geesh, you'd squirm if you knew.” I twirled a finger in my hair for effect and wished I had some chewing gum to smack.

He was? Hey, wait a minute; I didn't think I'd done too badly for myself. What were these jerks writing about me in that file?

“Fate will help you with that.”

And just like that, I had bigger problems. I wasn't just stuck here; I was stuck with him. “The guy who helped me so far?”

“It has to be him.” Harold threw his hands in the air, as if why am I bothering him? Not his orders.

Even the brief moment I'd actually been in my right mind around him, it was as if his presence exerted some sort of gravitational pull, stronger than a normal person’s. As if his intensity could throw me out of orbit. And I didn't want to go out of orbit. I had enough things to handle besides ping ponging around.

“Non-negotiable. I've got orders.” Harold folded his hands and rested them atop his desk, littered with paper.

“The universe.” His chin notched up a hair.

“Would it be possible to speak to this universe person? I'm sure they'll understand that there is a personality conflict.” It was time to bump my complaint to upper management.

“No one speaks to the universe.”

“Then how do you know what to do?” I leaned in a little.

“Simple. Through my orders.” His eyes started to twitch.

“Which you get how?”

“Then you can send a memo to the universe. I won't work with him.”

“I'll file your complaint but it won't matter. And don't forget, as I've already explained, it has to be an active month.”

Twenty-five days. I've dealt with worse for longer. One case in particular came to mind. The guy actually tried to bite me when we lost. Harold didn't seem inclined to bite and he didn't get into my personal space. I could deal with him.

“Do the last five days count toward the thirty? Time served and all?”

“These first days were highly unpleasant. Do you think I could get extra credit for those? Maybe, I don't know, you could knock off a day or two? Like they do in jail for good behavior?”He squinted his eyes and tilted his head. I was going to take that for a no.

Karma: Who are you? Are you supposed to be in our office? I don’t recognize you. Bad things happen when you aren’t Universe approved.

Interviewer: Harold sent me. I'm here to interview you.

Karma: Harold? My office manager? This should be a good one. Where’s your stack of papers?

Interviewer: I feel like I’m picking up on some hostility. Do you have a problem with Harold?

Karma: I don’t have a problem. He does. He might be the most high strung, irritating—

Interviewer: This is going to be put in your work file so maybe we shouldn’t talk about Harold. Can you tell me a little bit about yourself?

Karma: Really not that much to say. I was an attorney in my human life until I was killed way too young and got tricked into working at this dump for Unknown Forces of the Universe. Now I’m Karma. I make sure people get what’s coming to them, good and bad. Well, unfortunately for them, it’s usually bad.

Interviewer: What about your other coworkers? Do you get along with them?

Karma: Yes, most of them. There are the Jinxes who can be a bit of a pain and Murphy’s Law who has his rough edges. Lady Luck is a close friend. Overall, they’re a good group. The only one I watch out for is Cupid. He’s got his own agenda.

Interviewer: I noticed that you didn’t mention Fate. I’ve heard rumors of something going on between you two. Is that true?

Karma: My coworkers have the biggest mouths. Is there anything left to say? They probably told you everything, already.

Interviewer: It wasn’t anything in particular. Just whispers.

Karma: Well, we’re only friends. Yes, there have been a few slips, but it was nothing. I’m not looking for a relationship. He’s got some good points once in a while but that is a far leap from being compatible.

Interviewer: What do you mean slips?

Karma: It was nothing. Just something that happened. It’s not like I’d meant to. Cupid couldn’t mind his own business and there Fate was and it’s not like he’s hard on the eyes.

Interviewer: So you find Fate attractive?

Karma: That’s not what I meant. I mean anyone would but I don’t like him. You know, I’d rather not discuss him at all if you don’t mind.

Karma: How do you know about Paddy? Wow, look at the time. I’ve really got to get going. 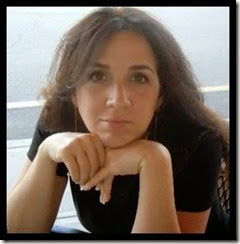 Donna Augustine’s lifelong ambition was to become the crazy cat lady. Unfortunately, when family allergies cut short her dream of living in a house full of furries, she turned her ambitions toward writing. Combining her love of fantasy, scifi, horror and romance, she tries to string together interesting twists on urban fantasy.

A native of New Jersey, when she isn’t writing, or overdosing on caffeine, she can occasionally be spotted in disguise at the local dog park.