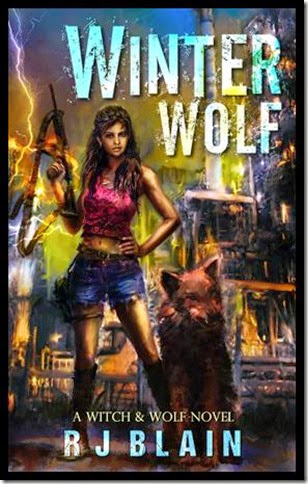 When Nicole dabbled in the occult, she lost it all: Her voice, her family, and her name. Now on the run from the Inquisition, she must prove to herself—and the world—that not all wizards are too dangerous to let live.

The savage murder of a bookstore employee throws Nicole into the middle of Inquisition business, like it or not. Driven by her inability to save the young man’s life, she decides to hunt the killer on her own. Using forbidden magic to investigate the past, she learns that the murderer is in fact a disease that could kill the entire werewolf race.

Forced to choose between saving lives and preserving her own, Nicole embraces the magic that sent her into exile. Without werewolves, the power of the Inquisition would dwindle, and she could live without being hunted.

But, if she fails to find a cure, her family—including her twin sister—will perish…

Almost everyone in the store had a phone. Dormant devices, from reading lights to mobile chargers, littered the tables. One woman, browsing books nearby, had four battery-powered devices in her purse. One was a phone, and like mine, it hungered. Its need was strong; its battery waned to the point of failure.

If I wanted, I could charge it for her.

No one would notice if I did. Maybe the woman would wonder how her phone hadn’t died before she got home. It only had a few minutes left. It’d take me all of ten seconds to fix it for her. If I did, I wouldn’t be so aware of it. But to do so, I’d have to touch her—or her phone. Some things I could manipulate without having a direct conduit, but cell phone batteries were tricky, greedy things.

I cringed a little, setting the thriller book down. I picked up the next nearest title. I flipped it over, not reading the text on the back. Did I dare? Out of the corner of my eye, I watched the woman browsing through the books. All it would take was a few seconds. I could charge it without her noticing.

That was one thing I was actually good at.

I put the novel I held down and wandered to the same table, careful not to look at her. Book by book, I investigated the titles, circling to where she stood.

“You’re Nicole Thomas, aren’t you? The actress. You’re her.” My quarry appraised me with a pleased expression.

In short, people other than me.

I met her gaze, abandoning my perusal of novels. “I am,” I replied, wincing a little at the sandpaper-rough quality of my voice. At least I hadn’t been reduced to a whisper—yet. My fatal flaw was my rough, grating voice. Chronic laryngitis did that to a person. It ruined careers, as it had mine, though I hadn’t quite given up on being an actress. I’d already lost the ability to sing.

I wasn’t going to let a stupid disease take everything away from me.

The woman smiled, not seeming to mind talking to someone who sounded more like a zombie than a human. “You’re taller than I expected. It’s a pleasure to meet you.”

She thrust out her hand.

I left her phone alone.

“They keep putting me next to giants,” I quipped. It was true. When I did manage to get on the silver screen, I worked alongside actors easily a foot-and-a-half taller than me. “It’s a pleasure to meet you too.” I matched her smile. She didn’t tell me her name, and I didn’t ask for it.

It took all of my will not to fiddle with her phone. All it would take was a murmured word and a thought, and it’d be done. It would have been easy to charge the battery when our hands had been clasped together, but I hadn’t dared.

If, sometime later, she noticed her phone had magically been charged—literally—she might remember me. She knew my name.

And in true cowardice, I couldn’t bring myself to help her. If she connected the strange behavior of her phone with me, she might tell someone. If she did, I’d be as good as dead—or worse. I had dabbled in the occult, and the occult had dabbled back, and there were those who didn’t like when that happened.

The last thing I needed was them finding me.

Character Bio: As Nicole is more than a little sheepish about biographies, she asked me to step in for this part. Silly woman, shy over the simplest things.

Nicole refuses to acknowledge her age in public. I think it has something to do with being an actress. She often writes ‘Maybe a twenties-something, maybe a thirties-something’ on anything that isn’t an official document.

As for ethnicity, she prefers writing ‘Italian’ but since most forms say ‘Caucasian’ she goes with that.

Under the profession field, she writes Actress with a certain amount of pride, although she’s equally qualified to also write ‘Wizard.’

It’s always hard describing myself. Unlike most actresses, I have scars—lots of them. It’s usually the first thing people ask me about when they see them. They’re among my worst qualities—at least of the physical ones. Clothing often hides them, but Hollywood likes having women show a lot of skin. It’s problematic for me and for the poor makeup artists who have to try to hide them.

As for non-physical qualities, well… I’ve been told I can be downright cheap at times. Living in L.A. is terribly expensive.

As for my best quality, I like to think I’m really loyal to the few friends I do have.

I have a lot of secrets, and I think the thing I’d like most is if I had more people I could share them with. I wear masks. I have to. It’s lonely being me sometimes, especially when my secrets can cause a lot of problems if the wrong people discover them.

It’d be nice if I had a few more people I could trust with my masks and secrets.

That’d be the fact I’m a wizard. It’s a death sentence for most of us, and the only reason I’m still alive and kicking is because I’ve gotten good at hiding my ability. You’ve probably heard about how people fear what they don’t understand—it’s true.

I have an unreasonable fear and dislike of monkeys. Fortunately, I do not frequent zoos or go to places where I might run into a monkey.  There’s just something horrifically creepy about monkeys. I’m convinced they’re scheming things and waiting for their chance to take over Earth—or throw feces at me. Either way? Yuck.

Peace, quiet and good friends to spend my time with—without worrying about all of the extras.

That’s a very good and complicated question. It used to be single, but apparently… well, it’s complicated. Very, very complicated.

I better figure it out sooner than later.

Eclectic. I wear sweaters, scarves and turtlenecks in Los Angeles year round. It beats explaining why I have so many scars. I really like my leather boots.

I’m not. It takes a lot of effort to be a rebel and I have big enough problems without trying to go against the norm. Being a rebel draws attention, and the last thing I want to do is that.

Ha! I somehow manage to function as an adult. That’s enough of an achievement for me. (And I’m still alive and kicking. That’s another huge accomplishment for someone in my position…)

Peace, quiet, and a bubble bath. Very little beats being able to just enjoy myself doing simple things. Relaxation is so underrated. Everyone is in a hurry to get things done.

If things don’t calm down for me, like yesterday, I’m going to blow a gasket… and wizard blowing a gasket is a very, very bad thing. I tend to fry things I didn’t meant to destroy when I get really upset.

I… don’t really have a most treasured possession, though my gemstone spheres are as close as I get to having treasured objects. There’s this one book I wouldn’t mind tossing down a well sometimes, though.

I’ll have to go to the hoarse quality of my voice and my notable collection of scars. People notice my voice the first time I open my mouth. The scars take people longer to spot, but when they do… it’s not a pleasant conversation for me.

Leaving home under the circumstances I did. I felt I had no choice then, and even using 20/20 hindsight, I don’t think I could have really changed anything—or would have. It’s pretty much the same thing, right? I do wonder how things would have changed if I hadn’t gone as I had.

The exact same as I like in men, honestly. Gender makes little difference unless I want to date someone—I’m just not into other ladies, alas.

How about the T-Rex? I mean, technically the T-Rex stole the show and let the humans escape. The T-Rex counts, right?

I’m not really sure. It isn’t something I really thought about. I mean, there are people I envy and people who do a good job at what they do, but… it doesn’t feel like the right answer. If I had to pick ‘someone’, I’d pick an entire group of people—Doctors.

I never realized until recently just how much of a burden doctors carry around on their shoulders on a day to day basis.

If I had to pick a little thing, though… I’d try to make a few more friends. I tend to be a bit too anti-social due to my circumstances.

Live to die another day. 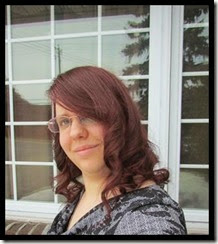 RJ Blain suffers from a Moleskine journal obsession, a pen fixation, and a terrible tendency to pun without warning.

When she isn't playing pretend, she likes to think she's a cartographer and a sumi-e painter. In reality, she herds cats and a husband. She is currently on a quest for a new warrior fish.

In her spare time, she daydreams about being a spy. Should that fail, her contingency plan involves tying her best of enemies to spinning wheels and quoting James Bond villains until she is satisfied.