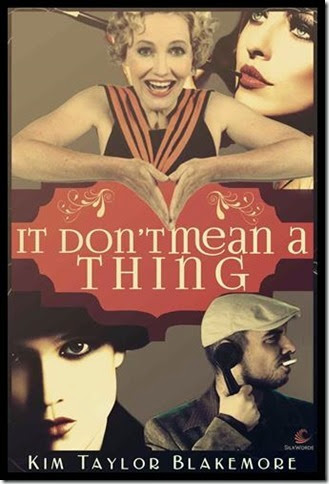 It Don’t Mean a Thing

Ruby dreams of Hollywood. A chance encounter with The Harmoneers, an all-female jazz group, offers the opportunity of a lifetime. Follow the gang as they scheme and double-cross.

Well, it don’t mean a thing.

“I’m not marrying you, Audie McCardle. I most certainly am not.” Ruby Banks crossed her arms, pressed her lips tight, and gave a definitive shake of her head. She leaned toward the mirror over her hand-me-down vanity and stabbed a pin into her blonde curls. She twisted her head left and right, and fluffed the back of her hair. A strange tint of pink ran loose through the strands and waves. Maybe she should have been more careful with the mixture of peroxide and ammonia she’d used the previous night.

But between her mother running up the stairs and hugging her close, her father taking his pipe from his mouth long enough to yell that the hair potion was causing him an onset of lung disorder, and her little sister, Charlotte, jumping around and squawking nonsense about weddings weddings weddings, Ruby botched the dye job.

Never mind, she thought. If anyone asked, she’d say it was exactly the color she was hoping for.

She snatched her apron from the end of her bed, bounded down the narrow stairs, and ignored her mother calling from the kitchen. Ruby pushed open the front gate and darted down the sidewalk. She was late (as usual) for her morning shift at the diner, and she still had to pick up the pies from Mrs. Jensen on the next block.

The early morning sun promised another day of horrible Central California heat. The sky would soon brown with the upturned soils of the fields, and the air already stank from the cows.

A beat-up Model T stake-bed truck rolled past Ruby. She heard the tires slow on the hard-packed soil of the street. Gears ground, and the truck reversed and pulled next to her.

John Mayer shifted his stub of a cigar to the other side of his mouth, tilted back his fedora, and smiled. His skin was bronze and wrinkled. He rubbed a weathered thumb across his chin. “Guess congratulations are in order.”

“I have no idea what you’re talking about.” Ruby lifted her head and continued walking. John Mayer kept the truck rolling slowly in reverse.

“You make a sweet couple.”

He scratched the shirt on his chest. “You don’t say.”

“He can buy any house he pleases in the Sears Roebuck catalog, but that doesn’t mean we’re a couple. And it certainly doesn’t mean I’m going to marry him.”

“I do say. I have plans of my own.” She blew back a curl that had come loose. “Don’t you have some hogs to tie or something like that?”

“You know what I’m saying.”

He chewed his cigar then shifted the gears. The truck took a jump and shimmied. “You got a mean streak, Ruby. Yes, miss, you do.” With that, he was off down the road in a swirl of dirt.

Ruby wiped her mouth with her handkerchief. She patted her hair and strode up the wood steps to Mrs. Jensen’s porch. She knocked three times on the screen door frame and stepped back. Mrs. Jensen shuffled to the door, balancing five boxes of peach pies.

Only the top of half of her face was visible above the stack. She passed the boxes to Ruby and wiped her hands on a flour-coated apron. “I hear congratulations are in order.”

Ruby’s heels cracked against the pavement. She passed the Esso station and VFW Hall and drew near the two blocks that made up Sycamore Grove’s downtown. The neon spire of the Odeon dwarfed the squat brick of its neighbors. She glared up, worried that this upcoming non-wedding would be splattered in black and white across the marquee. Luckily not. It remained safely Gable and Harlow in Red Dust.

Maud Riley stood under the awning of Rexall Drugs, waiting, as she always did, for Ruby. Her gray felt cloche sat low on her head, the nutmeg tufts of her bob feathered under the soft rim. She shifted from foot to foot, tapping her fingers against her black-and mustard-checked skirt. As Ruby neared, Maud narrowed her eyes and blinked fast before shaking her head. She pursed her lips and twisted them into a strained smile.

“What’s wrong with you?” Ruby asked.

Maud’s eyebrows met in a frown. “Nothing. Not a thing.” She waved her hand for no reason that Ruby could ascertain and fell in step beside her. “I guess I have to wish —”

“Don’t you start.” She shifted the pies to her hip. “I can tolerate all the little gifts he gives me. I mean, a girl does need emery boards and cologne. But buying a house? That’s called unbounded impudence.”

“I think it was just a down payment.”

“It’s still a lot of cheek. What does he think? I’m going to roll over like a, like a starving dog and do whatever he commands?” Ruby stopped in front of the diner, set the boxes on the cement and faced Maud. “He hasn’t even asked me to marry him. And you know what? When he does, I’m going to laugh like this — HA-ha. Because I’ve got all that money Aunt Caroline left me, and come September, I’m going to take the bus to Merced and then the train to Hollywood. And in neither of those vehicles can you fit a Sears and Roebuck house and an ego the size of Audie McCardle’s. And when he comes in for breakfast, I’m going to tell him so.”

Maud crossed her arms over her thin frame and swayed back and forth.

“You got something to say, just say it.”

Maud bit her lip and shrugged.

“It means nothing.” Maud swung her gaze around the street and up at the Odeon spire and then stared over her shoulder at the empty diner. “You like my skirt?”

“I wore it just for you. So you could see how the pattern came out. And such.” She gave that funny wave again, as if she were swatting a big bug. “Never mind. I’ve got an early piano lesson to give.”

“Well, don’t let me keep you.” Ruby bent to pick up the pies. “Would you mind opening the door for me? I mean, if you have time.”

“I always have time for you.”

“Are you all right?”

Maud put the flats of her palms against her cheeks, turned on her heel, and rushed away, the bell of her skirt flapping against her knees.

Character Bio: Ida Lemperer Waite, leader of the all-girl band The Harmoneers, is a multitalented singer, dancer, and saxophone player. Some of have called her a “stunning wicked woman”, while others just use the word “wicked”. At the age of 15, Ida broke out of her small suffocating town and traveled to Chicago, where, through her feminine wiles and musical brilliance, she landed a band and a man. The man and the marriage lasted long enough to produce a precocious daughter. Her band’s signature song, “Crying in My Coffee” reached #78 on the Billboard charts for the month of May 1930.

Well, sugar, if I told you those, it’d take away the mystery.

I’m not a love ‘em and leave ‘em sort. I don’t know where I earned that reputation.

At the moment, I’d like to get the bus fixed and get the hell out of God forsaken Nowhere, California. The cow smell is curdling my perfume. And I’d be much obliged if people would stop calling The Harmoneers a “novelty and breast act”. We are serious musicians.

I do not kiss and tell.

I taught Jean Harlow how to wear a gown. Does that give you an idea? If you’ve got curves, they require flaunting. Never underestimate the power of your curves, ladies.

Leading my own jazz band. You have no idea how hard it was to be taken seriously. And my 10 year old daughter, Viv.

A gin and tonic by a hotel rooftop pool.

My daughter, Viv – but don’t let her know, she’s got a healthy sense of her amazing qualities already.

Self-centered people, only because more than one of us in a room is annoying.

Between the driving the bus, practicing with the band, herding the Harmoneers, and schooling Viv on the vagaries of life, I’ve got no time for books.

Amelia Earhart, though I’m still a bit hurt she chose George Putnam over me. (Viv made me cross that out, and told me to stop with the flat out lying.)

Let me think about that and get back to you.

If life throws you lemons, cut them up and add them to the gin 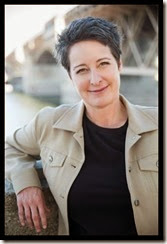 Kim Taylor Blakemore writes historical fiction and romance that explores women's lives and brings their struggles and triumphs out of the shadows of history and onto the canvas of our American past. She wishes to share the stories of women whose lives are untold, who don’t exist in textbooks: the disenfranchised, the forgotten, those with double lives and huge hearts filled with weakness and courage.

Her novel Bowery Girl, set in 1883 Lower Eastside Manhattan was recently re-released in Kindle and paperback. Under the Pale Moon, is due for release in Fall 2015. Set in post-World War II Monterey, California, it explores the relationship of a married woman breaking the bonds of conformity, and a combat nurse haunted by the ghosts of war.

Her interactive historical romances The Very Thought of You and It Don't Mean a Thing, are out now on Kindle and SilkWords.com. She is also the author of the novel Cissy Funk, winner of the WILLA Literary Award for Best Young Adult Fiction.

She’s a member of the Historical Novel Society, Women Writing the West and Romance Writers of America. In addition to writing novels, she facilitates workshops for PDX Writers in Portland, Oregon.

With gorgeous custom covers and a clean, sophisticated design, the SilkWords site offers a secure, upscale reading environment. In addition to content on their web site, they offer stories for purchase in the standard e-book formats.

SilkWords is owned and operated by a full-time mom with a background in genetics and an RWA RITA-nominated, multi-published sci-fi romance author.

Their technology guy and site designer was the founder of Microsoft Xbox Live.

SilkWords features two formats that allow readers to choose how the stories will proceed.

Will she or won't she? With which man (or woman) in which location? With Pick Your Path romance, you decide. Romance and branched fiction are made for each other, like picking your favorite flavor of ice cream...positions, partners, and paraphernalia, oh my!

Readers vote at choice points and decide how the story will continue. These stories are a great way for readers and authors to connect. It’s exciting to be part of a developing story!