Welcome today we have Stacey Thompson author of the Superstition Mountain Trilogy with us for an interview. I would like to thank Stacey for her time to do the interview. Now lets get to know her!

Did you always wanted to be a writer? If not what did you want to be?
I have wanted to write for as long as I can remember. I started really doing it when I was in middle school to kind of release my fears. When I got into a high school creative writing class some time after that, I knew I was where I wanted to be.

When did you first consider yourself a “writer”?
I really don't remember calling my self a writer. My theory has always been if you are writing something you love, you're a writer. The business is just another part of it.

How long did it take to get your first book published?
I first started working on The 13th Witch, my first published written story a year before I even considered publishing it. First, I looked at some small ebook publishers. I just couldn't find a place that felt right for the series and it was a novella. That made it a lot harder. So, I figured I had nothing to lose and put it up for sale on Amazon.

Do you do another job except for writing and can you tell us more about it?
Writing is my full time job. I do write non fiction on the side, but fiction is where I'm at as much as possible.

What is the name of your latest book, and if you had to summarize it in less than 20 words what would you say?
My latest book is Superstition Mountain and it's a series of three novellas. Summarizing it 20 words is a hard call, but here's a try. :)

It's a supernatural western with Demon's Vampires and Witches. The series looks at if evil really dies and how.

Who is your publisher? Or do you self-publish?
I self publish most of my work, but have worked with small publishers in the past. I have nothing against publishing houses and think readers can have both and so can writers.

How long does it usually take you to write a book, from the original idea to finishing writing it?
It really depends on what book it is and how it comes to me. Sometimes the idea flows really well and a book or novella can be written quickly. Other times the idea needs to sit and simmer for a while. I have a book series I've been working on for almost four years with a co writer and the idea just keeps moving and creating a better book. We're on the third major revision.

What can we expect from you in the future?  ie More books of the same genre? Books of a different genre?
I'm working on an Apocalyptic Fantasy with a co Writer and am hoping to have some better news for that in the near future. I'm also working on a couple of different things in the Fantasy genre as well as Science Fiction. I just write what comes to me and it's not always in the same area.

What genre would you place your books into?
Whatever the book wants to be in. :) Sometimes it's a cross between two or more.

What made you decide to write that genre of book?
It's whatever book wants to be written. I'm not sure how else to describe it.

Do you have a favorite character from your books? And why are they your favorite?
From this series, Ami really is my favorite. She has the hardest task in front of her than all of the characters. She really battles with what's right and wrong through the whole thing.

How long have you been writing?, and who or what inspired you to write?
I'v been writing since I was around 13. I started writing Horror and thought I'd never write anything else. I stopped when I had my kids because the world says you should get a job and take care of your family, but I was never happy. I came back to writing when the working world didn't seem to work for me. First it was non fiction and then moved back to Fiction.
I don't know what inspired me to write. I don't have a definitive answer for that. I just started doing it again and it felt good. So, I kept doing it and still am doing it. :)

Do you have a certain routine you have for writing? ie You listen to music, sit in a certain chair?
I don't have a routine. Some days I need the music. Some days I need the quiet. I just have my computer and start doing it on something that makes me happy. If nothing is working that day, I don't sit around and try to force it too much. I just come back to it later.

Do you read all the reviews of your book/books?
I used to. I don't anymore. It doesn't matter what I think of my books. There is always someone that hates them. That's the way of it and I choose not to put myself in a place where I'll feel overly great about myself or overly bad.

Do you choose a title first, or write the book then choose the title?
It depends on how the book comes. Sometimes the name comes first. I'm working on a Fantasy that the name came first because it's the name of one of the kingdoms.
Other times, the book needs to be written before it tells me it's name.

How do you come up with characters names and place names in your books?
I look in the paper and online for just whatever feels right. The names are always important because it really gives the feel of the character. I have a villain named Kalerian and he really is that name.

Are character names and place names decided after their creation? Or do you pick a character/place name and then invent them?
Sometimes, but I like to know at least what my character looks like when I'm writing them. Normally, they start developing quirks and things as the story goes on.

Do you decide on character traits (ie shy, quiet, tomboy girl) before writing the whole book or as you go along?
The characters show me their flaws and traits as they go. Some are obvious from the start, but others show as the book is being written.

Are there any hidden messages or morals contained in your books? (Morals as in like Aesops Fables type of "The moral of this story is..")
Sometimes. This particular series, Superstition Mountain, has a moral about what evil can do to even the best people.

Which format of book do you prefer, eBook, hardback, or paperback?
All of them. I have a house peppered with paperback, hardcovers and my computer and e reader are full of eBooks. I think there is a place for all of these mediums.

What is your favorite book and Why?  Have you read it more than once?
I have two. One is Firestarter by Stephen King. I've read it so many times the pages are starting to fall out of it.
The other is The Three Musketeers by Alexander Dumas. Again , the pages are very worn. Both of these books have shaped me as a writer. I want to write about heros that are true and just and I also want to see the world from a twisted and strange point of view. That's what I think these two writers have done for me.

Do you think books transfer to movies well? Which is you favorite/worst book to movie transfer?
If they are done right, they do. We are a visual being in some ways, but books open up our own visuals and our imaginations.

I believe The Hunger Games was done well. It's still got the feel of the books and the emotion that all the characters have.

I think The Three Musketeers was not done as well as it could have been. Both movies are laking in certain ways, but both movies also have parts of the original books that aren't seen in the other.

Your favorite food is?
Sweet and Sour Chicken and Cream Cheese Wontons.

Your favorite singer/group is?
Right now, Shinedown. It changes a lot, but I love them and Papa Roach.

Your favorite color is?
Purple and Black

Your favorite Author is?
Too many to single only a few out. I've read Brent Weeks lately and Amanda Hocking.

Stacey has been writing since she can remember. She primarily writes Edgy Paranormal and Paranormal Romance, but has dabbled in the Horror and Young Adult Genres.

She is a mother of Three and lives in the beautiful state of Wyoming. You can find her at her blog and Facebook page.


A little bit more about her books - 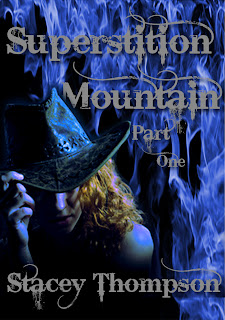 The Order has been around for as long as Demons have roamed the earth, but when the first Demon starts a war, there are only a few left to finish it.
Ami's different and one of the best Monster Slayers there is, but she's not ready to face the dark with the one person who knows her best, Wesley the one who trained her. She might just fall in love with him. 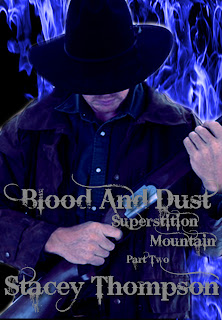 Protecting the world against evil isn't easy when you are cursed with evil yourself. Ami is between the dark and the light. Will she be able to save herself and those she loves? Or will Price take her to the dark? 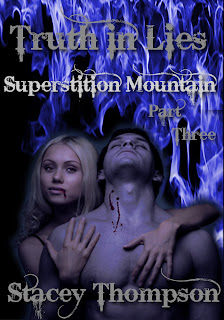 Wesley thought the search was over, but finding Ami was just the start of his problems. When a shady Witch joins them, trouble is all they get. Can Wesley bring Ami back from the darkness that's trying to take over her, or is she their new enemy?

Email ThisBlogThis!Share to TwitterShare to FacebookShare to Pinterest
Labels: Interview