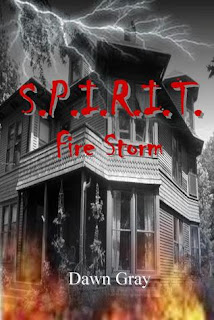 Samantha Ricketts have been hearing the dead since childhood. In an attempt to escape them she moves far away and never returns home. That is until she finds herself standing in the town in front of the church without an idea how she got there.

She runs into Zander Smith and discovers SPIRIT a team that investigates paranormal activities and stop evil. She and Zander have an instant connection and find out that they both holds powers that can’t be explained. The more she is dragged into this world, the more she finds out how her demon came to be, what Zander is to her but also a paranormal world mirroring her own. It’s up to them to solve her others death and send the demon back to hell.

Sam is a strong woman and she doesn’t take crap from anybody. Her character takes the lead in this search, and thou scared she gets the job done and starts figuring out things. Zander’s character was the perfect soul mate. His doesn’t think twice about his connection with Sam and grabs hold of it. I liked his protective nature and sharp personality.

Although it takes some time to start figuring out what’s going on, SPIRIT was an interesting read. I liked the idea of the story line and how things started to piece together. At one point I was dreading the outcome. But save to say they save the day, for now that is. Dawn’s writing is easy to read, and well written. I can’t wait to see what follow next, and how the story will continue.

Quote from the book: “I hate water, hate it with a passion, and if I wanted to be a fish, I would have joined the navy.” 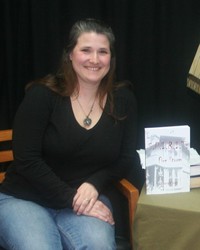 Being raised in both the Northeast corner of Vermont and one of the larger cities in Massachusetts has given Dawn, a divorced mother of three, the unique ability to mix the spookiness of a small town ghost story with the fast pace action of city life. Island Pond, Vermont was every child's wonderland, with looming mountains and small towns nestled in the valleys, its simple lifestyle gave Ms. Gray the ability to let her imagination run wild, thus creating her unique style of writing, where the stories speak for themselves. Big city living, in her teenage years to the present allowed her to harvest that energy and creativeness to bring to life some of the most unique characters, such as Michael Raven and Julian Deveraux. Although Vampires are her most used basis for characters and settings, Ms. Gray's novels also venture into those of other supernatural realms, with ghosts, witchcraft and werewolves coming into play in several of her upcoming manuscripts. -