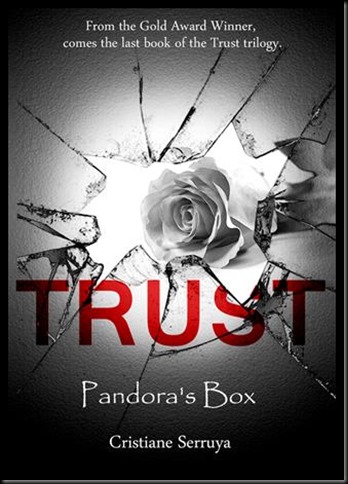 PANDORA’S BOX, the last installment of the TRUST TRILOGY, accompanies Ethan, Alistair and Sophia in their search for a happily ever after.

Ethan’s parents reappear in his life, making him full of anxiety and unnerved. Ethan is beginning to get attached to Barbara, whom he pays to physically replace Sophia in his bed and keeps hidden. Inadvertently, Barbara has already felt in love with Ethan. Ethan still cannot stop admiring and seeking Sophia’s company.

Alistair’s sister-in-law and ex-lover, tries seduce and blackmail him. He denies her sexual offers and clearly informs her he’s in love with Sophia; but pays for his compromising photos. Although, he thrives in business and in his personal life, he feels sad for not being able to fulfill Sophia’s desire of having another child.

Sophia, happily settled in her new life, is threatened by her late husband’s parents, who want their granddaughter taken back to Brazil, accusing Sophia of being incapable of taking care of Gabriela. Sophia finishes her Cambridge PhD and, encouraged by her supervisors, travels to India for her charity new branch with its biggest contributors, Ashford Steel and its Board President, Ethan.

Pandora’s Box has been opened by a greedy man, who uncovered that the so many secrets and wrong deeds committed by Ethan, Alistair and Sophia could bring him millions of pounds.

But things get out of control and now, all the demons are on the loose.

With so many enemies out for revenge, what will be reserved for the future of Ethan, Alistair and Sophia?

Coming out in the end of November or in the beginning of December. 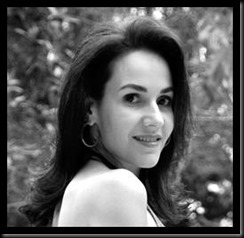 I live in Rio de Janeiro, Brazil, with my husband and two daughters. I'm a lawyer, who specializes in cases of sexual abuse and violence against children and women.

I also have a Masters in Business Law and a BA in Fine Arts.

I've always loved to read, write and listen to music. I lived and studied in England, France, Italy, Switzerland, and, of course, Brazil.

After twenty-two years of practicing law, I decided to give romance writing a go. And - amazingly - it was just the piece that was missing in my life.