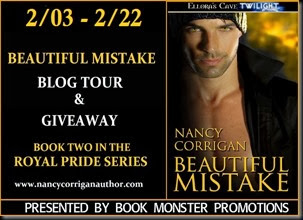 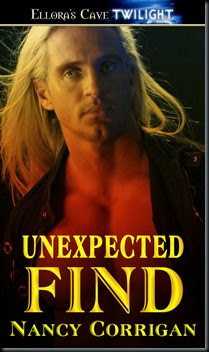 Since the murder of her best friend, Jazz is stuck in a safe but lonely way of life. She’s willing to sacrifice everything to keep her family safe from the shifter world. The sexy stranger who struts into her friend’s bar changes everything. From the first glance Jazz knows she’s sunk—their chemistry sizzles from across the room, it’ll be undeniable up close.
Rafe wants Jazz from the second he sets eyes on her. The depth of the need that swamps him every time he’s near her surprises him. It takes every last ounce of his self-control not to pounce on Jazz and make her his. Only her distrust of his shifter nature holds him back. He counts it as a win every time his beloved human gives in to their passion and takes him to her bed. But Rafe’s patience isn’t infinite and he’ll do whatever it takes, face any danger—past or present—to ensure that Jazz becomes his. Forever. 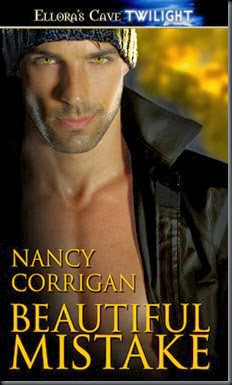 Lena will do anything to protect the shifter child her family takes in, even turn herself into bait. Although she knows better than to fall for a shifter, Devin, the man who captures her, is unlike any she’s ever tangled with. Their desire is unquenchable and the draw to him is undeniable, but their relationship is riddled with mistakes and loving him has the potential to destroy her.

After shouldering his twin’s torture, Devin hovers on the verge of insanity. His life revolves around his family and recovering kidnapped shifter children. He never thought he’d have a mate or kids of his own until a rescue mission turns deadly. The beautiful female caught in the crosshairs stirs his mating instincts and tames his wild nature. Only her confusion over their intense attraction stops him from finishing their bond, but Devin’s persistent. He’ll convince his stubborn female that he’s the man she’s been waiting for—one passionate encounter at a time.

Several minutes passed before the doorknob turned and the scent of evergreen and moss swept into the room. The soft click of the bedroom door sounded overly loud in her ears. She froze, suddenly very aware of her racing pulse. Nerves or anticipation? She sighed. With the way her body reacted to him, probably both.

The bed dipped as he crawled toward her. His slow approach made her heart knock hard against her ribcage. She hated how much she yearned for him.

He skimmed his fingers across her shoulder, down her arm to linger at her wrist. “Morning, baby. How are you feeling?”

His rumbly voice made her stomach flutter. She clenched her hands until her nails dug into her palms. The bite of pain distracted her from thinking about the man she should fear but couldn’t help desiring.

“Better.” She swallowed hard. “I…umm, want to…” Strong hands lifted hers and the slight contact zapped her thoughts. The unexplainable lust returned and mixed with the longing. She couldn’t get her mind to work. “Talk. I want to talk.”

Instead of asking any of the questions she knew he had, he gently pulled back her fingers, kissing each one before pressing his mouth to her palm. His touch branded her and filled her with warmth. Her breathing quickened. An answering groan spilled from his throat.

His question and the emotion laced into it eased some of her tension. She nodded. “They’re safe.”

A long moment passed while Devin brushed his cheek back and forth over her inner wrist. “You’re not going to tell me where they are yet, are you?”

She shook her head.

Unable to resist him, she opened her eyes and his breathtaking feline ones stared back at her. Strands of patchwork hair framed the face that had occupied her dreams all night. Harshly cut cheekbones, up-tilted eyes and the wider, flatter nose made it unique, a mixture of beauty and power. Devin was the type of man you never forgot. One glimpse and you were hooked.

He knelt next to her on the wrinkled sheets, looking deliciously hot with his disheveled hair, bare chest and loose sweats. She let her gaze travel over him from the bulge in his pants up to the lips she wanted on hers. One corner of his mouth lifted. Her heart skipped a beat. Dear god, if she wasn’t careful, he could own her.

She wanted to. “I need to make sure.”

He stretched out on the bed next to her and pulled her into his arms. He didn’t say anything. He simply held her. The tension in her limbs drained and she relaxed in his embrace exactly as she’d done in the hotel. She didn’t know how long they snuggled but he finally shifted closer and placed his palm over her heart.

I've always been an avid reader and encourage everyone to escape the hectic daily grind with a few minutes a day in your favorite book.

I'm lucky enough to share my cat's home with my three wonderful children, husband, dog and snake. When not writing, I work as a chemist in a pharmaceutical lab.

My passions beyond reading and family include music, classic cars, tattoos and animals (all of which have found their way into my writing in one form or another).

So that's a little bit about me...