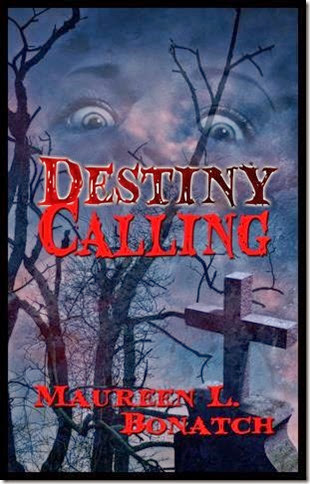 Hope only wants to find out if her ability to infuse euphoria or despair with her touch makes her the devil's spawn, or his exterminator. But when the woman who raised her is murdered by something not human, she loses the only family she knew and discovers one she might wish she hadn’t.

Drawn back to the home town she vowed never to return to, her ability is seen as an asset to everyone but Hope, and she doesn't know who to trust. Her family wants her to help them overcome an enemy oppressing the human population, while the man of her dreams is courting her for the Underworld.

Time is running out, and Hope’s choice may be made for her, as she discovers she’s a pawn in a bigger game played by a merciless ruler who doesn't lose.

Tagline: Hope Doesn’t Know If The Man She Can Touch Is A Dream Come True, Or A Nightmare Just Beginning.

I strained to release my arm from Griffith’s vise-like grip while scanning the surrounding trees, trying to determine which was less of a threat, the beast of a man holding me or those who might be waiting for me in the woods.

“You will come inside, now.” Griffith spoke slowly and deliberately as if I were a small child.

I batted at the hand Griffith placed on my head. “I’m not a puppy, quit petting me.”

“I will protect you.” Griffith’s warm breath caressed my ear. “If for no other reason, to find out what I’m giving up and why she wants you so badly.”

I inhaled his masculine scent, like musky earth. It washed over my face, and the tension in my jaw released. I stopped struggling. “Are you the devil?” My tongue was thick and heavy so the words came out slurred.

“Not even close.” His words soothed and comforted, like having a weighted blanket cocoon me. Each movement was an effort. It wasn’t the same as the thing in the woods. This was more like the feeling after a long massage or bubble bath.

“It’s not safe.” Griffith wrapped his arms around me, and I rested against his broad chest.

“It’s not safe.” I nodded. My muscles relaxed and my eyelids grew heavy.

“It’s cold. We’re going inside.” Griffith kept his arm supporting me as he steered me toward the house.

“We’re going inside.” I parroted and walked up the steps, leaning heavily on him.

Out of the corner of my eye, something was cautiously moving at the edge of the woods. Branches snapped as whatever was observing us crept closer.

I’ve always wanted to be a writer; it just took me years to gain the courage to pursue it seriously.

When I signed the contract for my first full-length book, which would be Destiny Calling. I also have a novella published entitled That Magic Moment.

My first book is a novella, and it was accepted on my first query to The Wild Rose Press. Destiny Calling was also contracted quickly with The Wild Rose Press, but the time in writing, and editing to make the book just right, took much longer.

Yes, I have a master’s degree in nursing administration and currently work in private duty homecare.

Destined to choose between her estranged family or the man promising the Underworld’s power, Hope’s choice could destroy them all.

My publisher is The Wild Rose Press.

Each of my books has been different, as I tend to work on several stories at the same time. But I’ve been able to write the first draft in a month or two, although the revisions and editing take much longer.

I have several manuscripts in different stages but at this time they are all Fantasy or Paranormal Romance. I’m finishing the first draft and editing of Book 2 of The Enchantlings Series and I’ve polished another Paranormal Romance. I also have two other stories in need of my time for editing.

It’s what I love to read and I can’t seem to write a story without a little magic or paranormal in them no matter how hard I try.

Ruthie is one of my favorite characters from Destiny Calling because she is so comfortable with herself and has learned to laugh at life. These are two things that I think most people struggle with.

I’ve always enjoyed writing, whether it was journaling, short stories or flash fiction. I was one of the few kids in class to get excited when the assignment was a term paper instead of an exam J I began writing seriously about eight years ago, when I realized I’d never stopped to take the time to pursue my dream with vigor. I spent the first few years taking classes and reading books on the craft. I wrote short stories, flash fiction then a novella until I progressed into novels when my character’s stories became more complex.

I can write almost anywhere but my daily routine is to get up at the crack of dawn, sit in my office with my choice of caffeine. If I have the time to work for a few hours or more I light a candle for ambiance.

I do read many of them, but not all of them.

My titles usually come to me before I even start the story. The title, and the story line, for Destiny Calling came to me from observing a payphone ringing that no one answered. I contemplated who might be calling and if the call could change someone’s destiny.

Sometimes I know right from the start what the name will be while other times it’s a struggle and I’ve changed names when they don’t feel right as the story progresses.

Usually I know a little about the character before I know their name.

It’s decided as they go along as the character acts out their part in the story.

It’s a lighthearted look at how no one is all good, or all bad. The world is full of grey areas and it’s up to you to make the choice each day of how you want to perceive it.

Although I still love the feel of a paperback, I read more eBooks for convenience and the ability to carry many with me at once.

The Stand, by Stephen King. The development of the story and the world fascinated me. I’ve read it twice, which is saying something because I don’t usually reread books because I have too many on my TBR list.

Some do, I really enjoyed the Harry Potter movies and thought they related well to the books.

Gemini Syndrome or Nothing More.

If you consider black a color I’d choose that, otherwise green.

I look up to so many authors that inspire me that it would be hard to narrow it down to one. From authors like Stephen King, who have built a fabulous writing career, to authors that have written their first, or their twenty-first, book and write a sentence that makes me pause because it jumps out of the page while melding seamlessly into it. 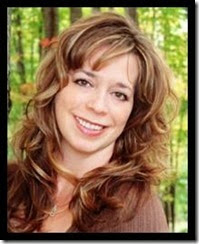 Growing up with four siblings had Maureen familiar with escaping into a good book, or the recesses of her mind. She realized later in life everyone didn’t have characters telling stories in their heads, or weren’t envisioning magic and mayhem within the everyday. This, and long walks in the beautiful state of Pennsylvania spawned a love of writing.

Since her desire to become a Solid Gold Dancer was thwarted when the show was discontinued, Maureen opted to pursue other paths. Attempting to conquer new endeavors proved fruitful with her first novella, while other attempts, such as challenging a fear of heights with parasailing, were unsuccessful.

Therefore she’s chased other interests, though none-the-less-daring, but closer to the ground, such as belly-dancing, becoming a self-proclaimed tequila connoisseur, fulfilling her role as biker babe to her alpha hubby and surviving motherhood to twins (so far).

Penning stories boasting laughter, light suspense and something magical in the hope of sharing her love of finding the extraordinary in the ordinary world.