5 out of 5 Stars
Obscura Burning by Suzanne Van Rooyen

Kyle wakes up in two different worlds each time he falls asleep. In one world his boyfriend Danny died in a fire of which he can't remember the details. In this world Shira their best friend survived the fire. Kyle is burned and scarred in this world and struggles to continue on.   In the other world Shira died and Danny ended up in a wheel chair. This version of Kyle survived untouched, or so he thinks. Strange things happen between both worlds and Kyle soon figures out that he is dying because of the shifts between them. Even more that the planet Obscura that showed up with the night of the fire is causing havoc and might even cause the end of the world.

Kyle search for answers, and finds a very few that believes his story about two different worlds. Only Mya believes and together they race against time to save him, and maybe even Danny and Shira.   The question is Kyle insane, or is a visiting planet causing all this trouble?

Kyle's character is confused most of the time, but he soon pulls out the big boy nerves and start fighting back. His character goes from scared to admit his sexual preference, to revealing it to his parents and friends.
I can't really compare books, but movies like Shutter Island and the time traveler's wife fits the bill.

At first I was confused at what was going on, but as I continued Kyle's dilemma's and worlds started to make sense. I was reading faster to try and find out if he was just crazy, or if this planet was dealing a mean card at him. Guild, heartache and remorse all jumps up and grab your attention. Fascinating read that had me hooked till the end. 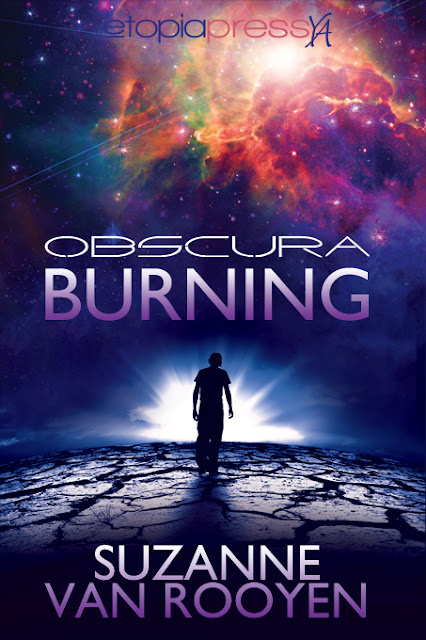