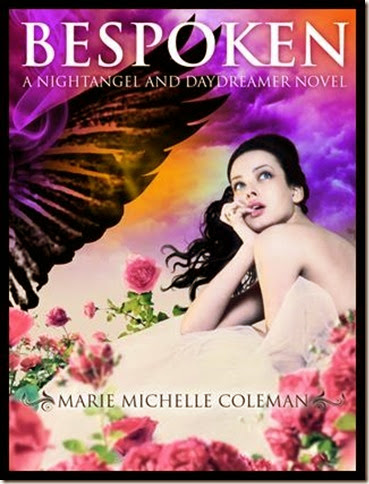 A Nightangel and Daydreamer Novel

Nobody ever told Casey how dangerous a little daydreaming could be.

Casey Sloane appreciates the power of a good daydream. It’s the perfect antidote to the pressures of her hectic life as an associate attorney at a high-powered Washington, D.C. law firm. When the nightangel Gabriel takes up residence in those dreams, Casey is more delighted than surprised. Gabriel is the perfect mixture of danger, otherworldly beauty, and out-and-out temptation required to throw her daydreams into a state of perpetual overdrive.

But when the nightangel sheds his wings and arrives in the real world for a real-time relationship with Casey, she gets a quick education on the unforeseen consequences of secret daydreams.

The Gabriel of a thousand shaded daydreams drew her back toward him in one firm, proprietary movement. Hard against soft. Dream against dreamer. He fit himself against her so her breath was his and the pounding of her heart must have echoed in both of their ears. His eyes drank her in as she stood wide-eyed in her wet, black dress, trying to relegate his appearance to nothing more than the hallucinatory aftereffects of too much rolling around on petal-strewn beds with make-believe nightangels when you had sworn off them. She felt like she’d gone on a bender after being in a sort of daydream rehab outpatient program that required total abstinence in order to stay free of nightangel-induced complications.

Where was Dr. Drew when you needed him?

The angel tore his gaze away from her image in the mirror and sought out the smooth cream of her shoulders and neck. He marked the place where they curved together with a single shattering kiss. The power of that kiss rendered her motionless within his hands. He’s not real anyway, she told herself. She was not going to squander what was a pretty fantastic not-real moment by over-examining it.

She dropped her head back against the nightangel’s shoulder instead; her face lifted up and away from him, her neck turned and bared. His cool breath fanned the anticipation that heated her skin. She closed her eyes. She waited. Casey knew the spot where his mouth would touch next. She knew it without looking. He pressed his lips against the sweet spot where her pulse beat so Casey almost cried out and then he rained a brutal storm of soft kisses down upon her. They poured along the places where the damp wisps of hair clung to the nape of her neck, across the heat of her flushed cheeks, against the corners of her open breathless lips—rushing, pausing, traveling forward again. He smoothed her brow with these kisses before releasing another hungry deluge of them along the other side of her neck.

She was soothed and panicked by the frosted, urgent pressure of those lips. She could either scream “stop” and see what happened next, or stay still and silent while he kept making her weak in the knees with this onslaught of kisses. She went with not moving or speaking. She had released herself to the moment. She had given herself over to something that could not be happening anyway.

Soft-eyed vampires, sharp-mouthed angels—these were the things of dreams, not reality.

“It’s only a dream.” She murmured the sentence out loud, some of her fear melting under the icy sweetness of his kisses on her skin and her own reassuring words.

Her imagining lifted his head. He smiled at her in the mirror with a certain new understanding. Casey produced a small, nervous smile in answer without meaning to smile at all. The exquisite illusion—even more dazzling than in any of her daydreams—buried his face in her sable hair. His mouth was parted and sighing as it brushed against the silk of it. She thought he might speak. She did not want him to speak. Because if he spoke, he would be real. And if he was real, she was so screwed.

“Casey,” the vision breathed her name.

She was so totally screwed.

Casey Sloane, is an associate attorney at Phillips & Row, one of those big Washington, D.C. law firms with reputations for ruthless (oops – make that diligent) representation. She plans on a partnership and that means her work is her life. The one respite Casey allows herself from the relentless demands of her career is a little daydreaming. Yeah, yeah, you and I know a little daydreaming can be dangerous. It’s a tagline for the book, but Casey doesn’t care. Casey could teach classes in daydreaming for the overstressed – if she had time, which she doesn’t. She’s got a lot on her plate right now: a nightangel problem (don’t tell anyone), a best friend that thinks she knows best (when Casey can tell you her best friend, Ricki Lee Harrington, doesn’t know the half of it), and a brother who has dropped off the grid (but Casey doesn’t want to talk about that so don’t bring it up). 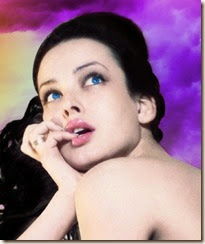 I’ve actually got a bit of an adventurous streak. I’m not sure that’s always a good thing but there it is. It’s definitely caused major problems for me lately.

If you must know, I daydream.

Right now, anything with wings.

I want my life back to normal. Someone’s playing havoc with it right now and I don’t care how absolutely gorgeous and irresistible that someone is, he’s not going to win the day if I have anything to say about it.

If you can wear it in a courtroom or law office, then you’ll find it in my closet. I do have a terrible weakness for beautiful shoes.

More than anyone around me would ever believe. You should ask Gabriel Rule what he thinks about my rebellious streak. You’d probably get an earful.

Give me a garden.

I’m a bit distressed but you’d be too if you were in my situation.

My cautious nature. Sometimes, I’d like to toss all my well-considered concerns aside and just take a chance on something that could wind up being everything I ever wanted. But, under the current set of circumstances, I’d be crazy to do that. I don’t think I’ll change my mind about it either but as my frenemy, Rane, would likely say, “time will tell.”

Derek Rider. He’s the coworker from hell. Being an associate attorney in a top D.C. law firm means dealing with a lot of competitive people but Derek – he’s the worst.

Not recognizing that a little daydreaming can be a dangerous thing.

Wings. Scratch that…. I like a smart, strong, purposeful man who really gets me – maybe even more than I’ll ever get myself. He has to be a little outside the box. He needs a sense of humor. And if he’s waiting on me to do something I’m not inclined to do, he’d better have the patience of a saint.

What is the quality you most like in a friend?

Loyalty. And the ability to deal with unusual situations without wanting to laugh their ass off or scratch you from their BFF list.

My best friend, Ricki Lee Harrington. She’s the attorney I’d hire if I ever needed any legal representation. She’s scary good in the courtroom.

My inability to listen to good advice. My friend, Ricki Lee, gave me some very sensible advice lately but I ignored it and my life has been in a state of utter chaos ever since. Don’t tell Ricki though, she doesn’t know. Gabriel Rule might be able to tell you a thing or two about it though.

Look before you leap. 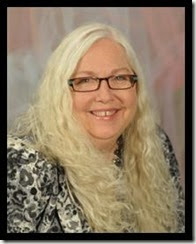 Marie Michelle Coleman is a paranormal romance and urban fantasy author whose book, Bespoken, is the first in the Nightangel and Daydreamer series. She's been in love with the written word since she was old enough to turn the pages of her first book. She's always had a fascination with vampires and angels. Sitting down at the keyboard and turning on the paranormal blender was a natural next step.

Marie lives in the Washington D.C. area. She believes in the power of a compelling dream, the therapeutic merits of loud music, and the benefits of always being in the middle of reading a great book. Marie has a soft spot for a good romance and likes to laugh. Jane Austen is her favorite author. She'll probably always be a little in love with Mr. Darcy.

She grows roses in her garden but no matter how hard she tries, they don't look anything like the ones in Casey Sloane's daydreams.