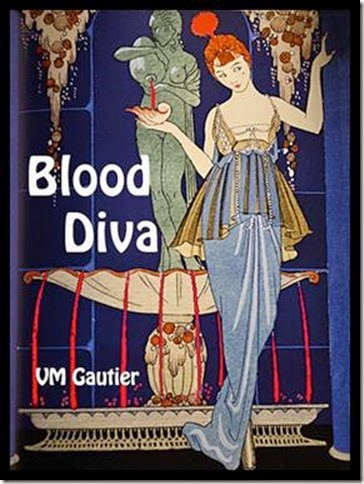 The 19th century's most infamous party-girl is undead and on the loose in the Big Apple.

When 23 year-old Parisian courtesan, Marie Duplessis succumbed to consumption in 1847, Charles Dickens showed up for the funeral and reported the city mourned as though Joan of Arc had fallen. Marie was not only a celebrity in in her own right, but her list of lovers included Franz Liszt – the first international music superstar, and Alexandre Dumas fils, son of the creator of The Three Musketeers. Dumas fils wrote the novel The Lady of the Camellias based on their time together. The book became a play, and the play became the opera La Traviata. Later came the film versions, and the legend never died.

But what if when offered the chance for eternal life and youth, Marie grabbed it, even when the price was the regular death of mortals at her lovely hand?

In 2014, Marie wonders if perhaps nearly two centuries of murder, mayhem, and debauchery is enough, especially when she falls hard for a rising star she believes may be the reincarnation of the only man she ever truly loved. But is it too late for her to change? Can a soul be redeemed like a diamond necklace in hock? And even if it can, have men evolved since the 1800′s? Or does a girl’s past still mark her?

Her bathroom was en-suite, but could be accessed through a second door from the living room. Rosa, who came in the mornings to clean, routinely filled the bath. There was a timed heater that kept the water warm. Alphonsine slipped into the oversized tub.

She dove under the bubbles. While her kind needed to breathe, they could control respiration and stay under for hours. She enjoyed soaking this way in very hot water, allowing herself to think and dream. Her morning kill had been so unusual, so exciting, she wanted to relive every detail.

She hadn’t been planning to feed that night, though it had been almost four weeks. She could go five, even six in a pinch, but after that long she felt so fatigued it was hard to distinguish day from night. Pierre and she were planning to get out of town to feast together. He often chided her for her recklessness, pointing out it was not like the old days. Trains, planes, and automobiles made it easy to place distance between oneself and one’s prey. No reason to kill where one lived, but sometimes, one couldn’t help oneself.

She had left the party feeling a particular restlessness. At first believing sex alone might be enough to stave off the hunger, her plan had been to head downtown or back to Brooklyn to find some pretty thing to hook up with. Then she caught a scent, felt something unique was waiting. Violent images flooded her mind as she entered the bar. It was coming into focus – a mortal who killed, not in war, but for fun. While her telepathic powers were weak – she was after all still quite young, she could sense emotions, especially strong ones, and he had been a seething caldron of barely suppressed rage.

Under the warm water, she could still taste it on her tongue, his blood, his essence – all of that delicious hate, and yet in the intimacy of the death-grip, she felt more, his humanity, as though they both were spiraling backwards in time to a moment when even he was innocent.

She’d given him peace. It had been a good death for him. True, she had frightened him when she jumped out. They said in the best hunts the prey never suspected, never felt a moment of unease, but allowances had to be made. After all, he believed he had killed her. She couldn’t let him go to his grave thinking that.

Blood was more than nourishment. It was a sacrament. Some said the blood itself contained the very soul. She doubted such a thing existed. She only knew it had something – a power, a magic like nothing else. Strange how easily satisfied beings like her were, hardly the monsters depicted in myth. As pleasurable as it might be to hunt and feast every night, like the noble lion, they only did so when hungry.

No two people tasted the same – not father and son, nor brother and sister, not even twins. This she knew from her own experience. Children’s blood had a sweetness like the candied grapes young men once brought her as tokens between acts at the opera. There was a freshness to young blood, like apples picked in the summer at a perfect moment of ripeness. Teenaged girls tasted of secrets, and boys of lust. Women, pretty ones, whose hearts had been broken had a certain tenderness and resignation, especially if you came to them when their looks were fading, and there wasn’t much hope. There were men who had an edge like a wine with a bitter after taste, while others were warm and smooth. The old, whom she wasn’t fond of, tasted of sadness, disappointment, and defeat, though they would certainly do when convenient. Human blood, like the human voice, had different timbres. Some had the richness and depth of a bass-baritone while others were light but agile like a coloratura soprano.

A killer, however, especially one who dispatched his own so remorselessly, this was a rare treat indeed. The essence would hold within it all whom he had taken. For her to act so boldly, to take so many chances to have him, was a risk, but what would be the point of immortality without gambles? And she had always loved games of chance.

When she walked in and saw him, saw those thick arms, the sandy hair, could already feel what it would be like to fuck him, to take him perhaps when he was inside her, she knew she had to go through with it. The combination of lust and hunger made her almost giddy, barely able to contain herself.

Still immersed, Alphonsine began to touch her thighs, working up to her pussy, replaying the night.

As soon as she sat down at the bar it became clear he had picked her, imagined her as his next victim. It was too delicious! A chance for play-acting. Something different and rough.

Alphonsine lifted her head above the water, feeling the urge to breathe. Her breaths became quick as she felt her release, the first taste of his blood a vivid memory. Her kind not only felt everything more strongly than mortals, but could recall in full sensory detail.

It had been everything she hoped. Feeling him draining, feeling his life force leaving his body, merging into hers. That final beat of his cruel heart. A rush of something – all his anger, perhaps? It overwhelmed her for a second and then was gone. And he had looked so tranquil – transformed by death – beyond the desire to hurt and kill, beyond it all, finally at rest – a gift she had bestowed on him.

She had closed his eyes, and kissed him once softly on the lips before beginning the task of clean up.

The act of remembering left her not hungry for more blood, but still unsatisfied.

Character Bio: French courtesan born 1824, her alleged "death" at age 23 inspired a novel, a play, an opera and a ballet. Blood Diva is the story of her "afterlife" as a blood-sucking immortal. 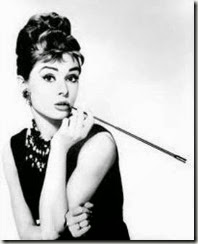 People may see me as selfish and manipulative, but they don't really know what I've had to go through. My best quality? Resilience.

That I'm capable of love.

No one knows what is in my heart. That's my true tragedy.

That I will let someone in, really feel something and then be rejected.

Acceptance, that someone would know me, the real me, and still love me truly and deeply -- as a woman, not as a possession.

Complicated. In the novel Blood Diva, I fall totally and completely for a mortal, but my loyalty must always be to my immortal community.

I move with the times, but like to set my own pace. If I'm wearing it, it's in style.

I've always lived as I wanted to, but I've never felt completely free.

Hmmm, that's tough. As a diva, nothing gives me more pleasure than a sweet kill and the taste of human blood, but thinking with my human brain, I'm just an old-fashioned girl looking for a rich, handsome, young man who "gets" me.

At the onset of Blood Diva, I'm living as I've lived for over a century and a half. It's pretty much non-stop murder, mayhem, and debauchery. But once Dashiell comes into my life, I feel things I haven't felt for a very long time. It's terribly confusing.

I try not to hold on too much to the past. There are few things, a book someone gave me once...

I suppose it would be my "innocence." Of course, I've never been innocent. I had no childhood. Did I mention my father actually sold me to the gypsies? But I've always looked innocent -- childlike. You'd think it might hold a girl back in my profession -- the lack of some obvious assets. But it became my claim to fame -- my "delicate" beauty and good manners.

Cruelty. I tease sometimes, but I'm never really mean. I don't understand why anyone is. Even when I have to take human life to feed, I try to do it humanely.

It depends on how you define "living." I still feel Anton tricked me into accepting his offer of immortality. I may have been a whore, but I was never a murderer.

I was on my own when I was so young. I did the best I could. I regret nothing.

Passion. I'm drawn to men who feel strongly and act on those feelings -- especially talented ones who can turn their pleasure and pain into music or drama or art.

There is a French novel, Manon Lescaut, about a man who loves what they call a fallen woman. She doesn't deserve him, but he is completely loyal to her nevertheless. He sees the good in her.

Dashiell Alexander, my lover in Blood Diva. He's everything I ever wanted. He makes me want to be better.

I'd be good. I wouldn't need to kill to survive.

I'm quoted as having said, "It's not me who is dancing too fast. It's the violins who are playing too slowly." But I'm not sure whether or not it was just something the press made up. It sounds like something I might have said.

VM Gautier is a pseudonym. This is not the author's first book, but it is his or her first book in this genre. You haven't heard of him or her.