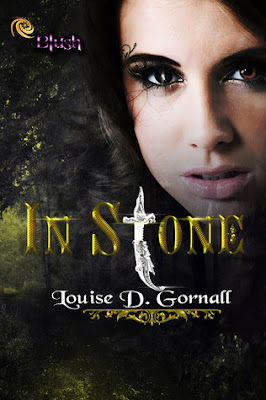 Beau Bailey is suffering from a post-break-up meltdown when she
happens across a knife in her local park and takes it home. Less than a week later, the new boy in school has her trapped in an alley; he’s sprouted horns and is going to kill Beau unless she hands over the knife.
Until Eighteenth-century gargoyle, Jack, shows up to save her.

Jack has woken from a century-long slumber to tell Beau that she’s unwittingly been drafted into a power struggle between two immortal races: Demons and Gargoyles. The knife is the only one in existence capable of killing immortals and they’ll tear the world apart to get it back. To draw the warring immortals away from her home, Beau goes with Jack in search of the mind-bending realm known as the Underworld, a place where they’ll hopefully be able to destroy the knife and prevent all hell from breaking loose. That is, provided they can outrun the demons chasing them. 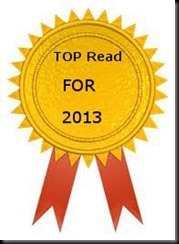 5 out of 5 Stars
In Stone by Louise D. Gornall

While sitting in a park and suffering from her breakup with her boyfriend, Beau Bailey’s life is turned upside down in a matter of minutes. In an effort to restore order, she decides to get rid of the one thing still remaining of the incident.

With the balance restored, Beau goes back to school and normal life. Well that’s until the new boy in school tries to kill her, and oh yeah, have horns bursting out of his head. She is saved by Jack, a gargoyle that protects humans against demons. But Jack needs her help, and she agrees to help him save the world.
Soon she is breaking into federal buildings, running across the world with Jack while fighting off demons. All of this just to destroy the one thing she really didn’t want in the first place, a knife capable of killing gargoyles and demons.

But there is something going on inside Beau, something dangerous is rising up inside her wanting out.

Beau was an absolute treat from start to finish. Her humor will leave you cracking up. In the face of danger this is the girl you need to be with. She was spunky, funny, hilarious, brave, insane, courageous and the list goes on. She was the perfect heroine for such a great adventure. Jack was right there to make it even more epic. His strong, courageous, fun, witty, brawn and yes everything needed to finish off another perfect hero.

Ladies and gentleman, this is my top read for 2013! The opening lines to this novel grabs hold of you and starts an amazing journey that you can get enough of. Yes, I burst out laughing in front of other people, and for once I wished it was a paperback I was holding to show off this amazing find. Louise D Gornall’s writing was superb and perfectly written. I was devouring this novel with all the hilarious stuff Beau says, especially in the face of danger.

The plot was exhilarating, fun, intense and just plain perfect. You’re dragged into their world and all you can do is hold on and go with it. There is a lot of spunky humor from both Beau and Jack, but you also have intense heartbreaking moments where you grip the book yelling NO. I read this novel in one day, unable to put it down. What a fantastic find and I hope, and hold thumps, that this is not the last I read about these two. A huge well done to the author and her team. Perfect editing greeted me on every page, and the cover is perfect for such a fantastic novel.

You must get a copy and read this novel, absolutely a must. Five stars don’t even cover the experience I had reading this novel. GO GET IT NOW!

Excerpt from the book: (There were so many, I spend about three hours deciding on one.)


“Stop, or I swear I’ll...”
“You’ll what? Rustle me up something with a short crust?” He laughs, and I am forced to quash a rogue sigh. I mean, he has a nice laugh, light and breezy, and amid the chaos of the room, it feels like a blast of fresh air. But I am not amused.
I’m not.
Lifesaver or not, he has no right to be in here. His lips pull into a slim, straight line. “You’re right, that wasn’t funny. How about you put your…” his brow furrows as he focuses on the antique rolling pin in my hand, “weapon down and we’ll have a little chat?”
He’s still walking toward me, exuding an arrogance that makes my teeth itch. A woolen hat slouches off the back of his head, and his jeans sag off his hips. One hand is casually perched in his pocket. I want to slap the boy-band pep off his face.
“Let me introduce myself, my name is...”
Ping. Something inside me snaps, and without much thought, I launch the rolling pin at his groin. 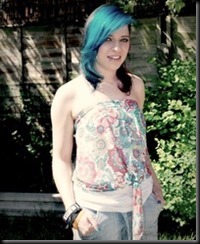