Anna Wolfe is just trying to get over her ex and the fact that he dumped her for a younger version. So far things are going alright. Her coffee shop Dejavu Brew is doing fine, she has two awesome friends, one awesome sister and of course the sister that came from hell. But fine was covering her life, well until she starts getting weird text messages and some weirdo starts following her around.

Her friend Kristy introduce her to a guy, but immediately Anna feels something is way off with this guy, and try to avoid him. And then there is the stunning, handsome to die for, Greek God that stumbles into her coffee shop a few times and makes her go all heart thump crazy.

But soon her weird things turn into really bad and crazy things. Her sisters gets kidnapped, demons are chasing her, Shane the weirdo doesn’t want to go away, oh and The Greek God turns out to be a guardian werewolf that needs to protect her from evil. Oh yeah, Anna’s boring life just went epic

Anna is an interesting character, her new life has her scared and frustrated most of the times, and yet she can really whip out a can of anger. I loved watching her go from scared woman to all magic bombs mad. She has a hard time keeping the guys either off her or out of each other’s kill zones. Valen was also very interesting and I love the chemistry between him and Anna, although Roman also has a great presence and between the two it’s an interesting challenge. Martello was my favorite character with a great since of humor, but also Anna’s wingman most of the times.

The story starts off slow and gradually develops into a fast pace. Over all, the novel was well written with an interesting plot. I have to say I was frustrated with the men in this novel, man do they need a push. Except for Micah of course, he totally step up to the plate. I loved the training Anna goes through and as she discovers her own strengths and powers. Pretty soon she is totally kicking butt. But Anna has one big flaw; she never listens to Valen and ends up in big trouble. It’s going to be awesome to see what happens in book two, and happens with Anna and Valen.

Quote from the book: “Girl, I needs somethin’ stronger than tea,” Martello replies, following her. 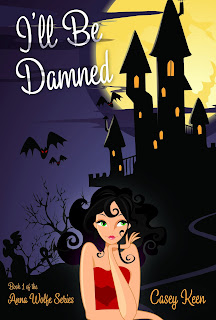 
An impending war between Heaven and Hell looming around the corner.


A Grand Witch who has no idea what she is.


The Prince of Darkness’s obsession in claiming her.


As the owner of the coffee shop Deja Brew in Savannah, Georgia, Anna thought her life was ordinary. That is until her sister is kidnapped by a demon, prompting two handsome men to march into her life unexpectedly. Valen, the sinfully gorgeous, overprotective werewolf who is Anna’s sworn guardian and Roman, the most handsome and powerful Warlock in the entire Netherworld.
Suddenly, her world is stripped of everything she knows and replaced with frightening news about who she really is - a powerful Grand Witch. Now, it’s up to her to draw out her dormant magic, rescue her sister and stop an impending heavenly war threatening to eradicate the human race all while staying alive. 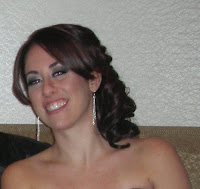 I was born in Philadelphia, PA and grew up in the suburban outskirts of this amazing city. I love anything paranormal and/or supernatural - seriously I live in Philadelphia! For those of you who don’t know, this city is an awesomely haunted place! This healthy paranormal addiction has provided me the motivation to write my first book, “I’ll Be Damned.”
I graduated from Drexel University with a Bachelor's Degree in Psychology and I'm currently working on the Anna Wolfe Series.