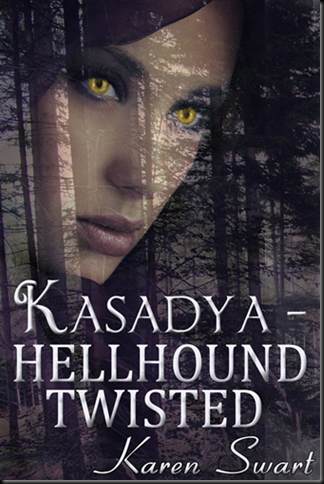 Warning this may contain spoilers!

Kasadya Levourne’s journey continues where we left her in Hellhound Awakened. She is in trouble and Chax may have reached his limits with patience.

Together with Raphael the archangel, Kas her team and the fallen sets out to save Kali from the evil demon prince Ballen. They save her but; the only way to keep her alive is in Exsilium. Chax forces Kasadya and her team to go back to Exsilium where they have to face the other fallen and their fate in this world.

They are ordered to complete their apprenticeship and are assigned to a trainer. But when Kali finally wakes up Kas finds out that another problem; a death charm set to kill Kali in six months, unless she can deliver relics to the evil prince. Again Kas takes it into her own hands to save her friend, but this time she messes up real bad.

Wow! Yet another action packed ride from Kasadya! I read this in one day, totally clued to the pages. Kas is not happy at all ending up as an apprendo again, most of all with Chax as her trainer, again. Her stubborn nature is even more epic in this one, but her protective nature was dominating. Kas tries to save the world, but she fails this time and Chax is there to take control. We also have a few more snippets about Chax and why he is such a hard person to figure out. In the end he really surprised me. I hope in Hellhound Born we are going to be released from this epic mystery.

Karen created yet another novel filled with battles and scenes that was easily pictured. I could see each swipe of the sword and each spec of blood. Her descriptive writing make the reader take an incredible journey with these characters. I loved the action between Nanini and Max and I was blown away at the end with their secret being revealed. I can’t wait to see what happens with these two. But even more, in Hellhound Born we will finally know who gets to tame the warrior Kasadya. I am so Team Chax on this one! Another well-deserved 5 stars, and I have a feeling the journeys to come are going to blow me away!

Quote from the book: “Knock them out,” I ordered and sent my sword’s backend straight into Chax skull. He staggered forward and then dropped.

“Kas!” Abby yelled behind me.

I turned and caught the triumphant smile on Nanini’s face when she advanced on Max. Oh I am going to hear about it tomorrow. I grabbed Ben and hit him with my sword, too, but unlike Chax he didn’t go down. Crap.

Book Info -
Title: Kasadya Hellhound Twisted
Genre: Urban Fantasy
Audience: Young Adult 14 years and up
Formats: E-book
Publisher: Self Published
ISBN: 978-1301357192
Date Published: 15 February 2013
Blurb -
Kasadya: Hellhound Twisted (Book #2 of the Kasadya Series)
She fought against all odds and became the warrior she was meant to be … or so she thought. In a world where the rules have changed, can she embrace her destiny and become the hellhound she was meant to be?
Kasadya is back in Exsilium and finds her world a little different. Her half-breed fallen friends join her, and they are ordered to complete their apprentice training in order to obtain the right to be guardians. She must learn that her own fate cannot be denied and that others are set to follow. But most of all, she must learn that to trust is the greatest battle of all.
The tables are turned and Kasadya is put to the test. Will she be able to prevent her own death, or that of a friend? Or will her actions call forth the destruction of Earth and Exsilium?
For a Phoenix to rise, it must first die. —Chax De Luca
Book Links-
Goodreads: http://www.goodreads.com/book/show/17379714-kasadya-hellhound-twisted
Amazon UK: http://www.amazon.co.uk/Kasadya-Hellhound-Twisted-ebook/dp/B00BIGB2FW
Amazon: http://www.amazon.com/Kasadya-Hellhound-Twisted-ebook/dp/B00BIGB2FW
Smashwords: http://www.smashwords.com/books/view/286004
Excerpts -
“Do you serve because you want to gain access to Heaven? Or do you serve because you want to, because it is in your heart to?” I challenged them, and silence greeted me. The few eyes that had shown aggression now looked to the earth, shamed at the conclusion of my challenge. They serve themselves, for their own cause. They are not here because their hearts tell them that this is the right thing to do.
“These humans are out there every day, fighting to eliminate the demons, and they do this because they want to. They do this because it was their free willed choice to do it. You speak about honour and love, yet all of you are only doing this for yourselves!” I was pissed off, talk about hypocrites!
****
“Just breathe through it,” Chax tried once more. But my breathing wasn’t slowing down and my normal vision was almost non-existent. What a final moment. Here in the cold with my Custos, no final glory, no grand exit, just us in a deserted place. Suddenly a pain shot through my wing and I screamed in agony. Confused, I looked at the wing, and then at Chax and froze. He just broke my wing, the pain rippling up to my back and into my spine. Shocked and suddenly afraid I looked at him, “Now breathe,” he instructed and I did.
I lay there, pinned beneath him, and started to try and control my breathing. He was watching me intently, his eyes boring into mine. “That’s it,” he said after a few minutes. “Take back control, this is how you will fight it, this is how you will live longer.” I felt heat on my left cheek and then felt it become ice cold, stopping just below my jaw. The same was happening on my other cheek. Tears, I felt my tears. Angry that I would be so weak in front of the one person I wanted to prove myself to, I pushed him off me and got up in super speed. Walking away from him, I wiped the now frozen tears off my face.
***
“Oh wait, I didn’t tell you about this part. So he was looking at the waterfall, then he stepped on to the top and looked down to try and see me. The next thing he slipped and fell in, and I do believe he was cursing in Russian.” I looked at Kali and we started laughing all over again. But clearly Max didn’t approve.
“I did not slip, you shot me with a light bomb and then I fell into the water,” he rectified the facts.
Nanini turned around on her butt and looked at him. “Yeah, can you prove it, Godzilla?” she taunted him. 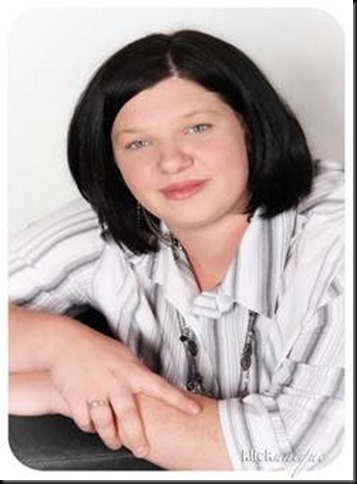 Bio -
Karen lives in a small town in the Northern Cape Province, South Africa. She shares her live with her husband, two sons and daughter. If she isn't reading she is writing.

Her preferred genres are Paranormal and Urban fantasy. Karen specializes in payroll and HRIS systems analysis and development. At the age of 21 Karen's professional success reached it highest platform, an outstanding achievement at such a young age.