Today we have Anya Cheribino from Adorned by Georgeann Swiger for an interview. Lets find out more about this angel in training and her world.

Character Bio: Up until Micah showed up, I was just a normal high school senior who lived with my aunt in an old farmhouse, and volunteered at the hospital. When Aunt Celeste told me Micah was going to be living with us, I freaked. I freaked even more when Micah told me I’m going to die soon and become an angel. It’s going to be okay though because Micah’s my new guardian. And between you and me, I like him. I like him a lot. It’s just too bad it’s forbidden. 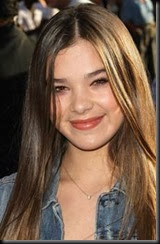 My best quality is I love to help people. I started volunteering at Kingwood General Hospital my junior year as a way to learn more about careers in healthcare. But I discovered I really enjoy doing things to make people feel better. If I could change one quality about myself, I would stop letting people get to me so easily. My aunt always tells me when someone does something mean to me, it’s because they have a problem, not me. But it always feels like I did something to make them not like me.

I wish everyone at school knew I never stalked Sam Malick. I don’t know how that rumor got started because I’ve never even had a real conversation with him. If anything, I’ve always tried to stay away from him and the rest of his friends.

The first time Micah tried to sleep in my bed so he could protect me, I was so mad at him because he was being such a jerk about it. After Eli made him leave, I rolled over onto the side of the bed where Micah was lying and buried my face in the pillow. It smelled just like him. I slept on that pillow the rest of the night.

I’m afraid of becoming an angel, not because I’m going to die or anything like that. I’m just afraid I’ll have to say goodbye to Micah for good. I can’t imagine never seeing him again. I don’t like to think about it.

I’m totally single. Apparently not even Match.com can help me because Micah says there’s some kind of rule that angels aren’t allowed to have those kinds of feelings. I can’t help thinking about having a boyfriend because I never had a real first date. It would be nice to have a boyfriend and go out to movies and stuff.

I want to be with Micah. He’ll never like me that way though. He’s not allowed. He told me we could get into big trouble for that kind of stuff.

I’m not really into clothes. Aunt Celeste wants to take me shopping all the time but I don’t like shopping. I need a personal stylist. I would like that better than having to look for clothes myself.

I don’t think of myself as a rebel. I like to keep my mouth shut and try to keep off everyone’s radar. It’s easier that way.

Happiness to me is having the freedom to make the choices I want to make.

Most of the time, I’m pretty happy, especially when Micah’s being sweet. But when he starts bossing me around, I want to go off on him. I just wish he could let up on the way he watches over me. He’s overly protective. He just needs to learn to quit being so serious about his job as my guardian.

My most prized possession is the forsythia flowers I have pressed in a book. I put them there because Micah gave them to me and they remind me of him.

I really hate when people argue over stupid stuff. I really wish everyone living in my house could just get along and stop fighting.

I don’t hate anyone, except for maybe Laney and Joyce. But I guess I don’t really hate them either. The way they behave irritates me. I guess it’s better to say I feel sorry for them for being so materialistic and immature.

I wish I could tell Micah I love him, but I can’t because I don’t want to make things difficult for him.

I just discovered my ideal guy is someone who is thoughtful, who pays attention and really listens, and who is devoted beyond belief.

I admire my Aunt Celeste because she took me in and raised me. She’s a strong woman of great faith. I don’t think I’ve ever seen her truly angry. And she’s always been there for me.

I’d stop being so shy and afraid of everyone looking at me like I’m a freak. I wish I were a little more outgoing.

Micah taught me an angelic phrase that sounds so pretty when he says it. I’m drawn to the phrase sha shaun la roush. There’s something about it that speaks to me. It just feels right.