5 Amazing Stars for Beauty and the Barbarian by @amyjarecki 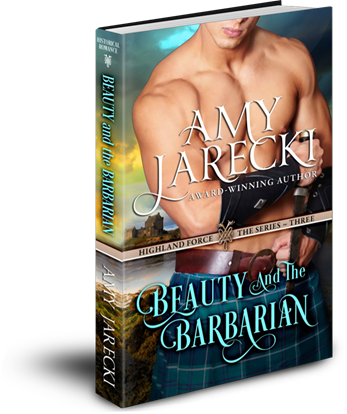 Beauty and the Barbarian

Born with the mark of the devil, Merrin has been hidden on the islet of Eilean Fladda for near twenty years. When the body of a Highlander washes ashore, the innocent lass presumes him dead. Brushing the hair from the rugged warrior’s face, her fingers connect with warm flesh. Warm.
Ian MacLeod wakes to a woman so radiant, he believes her an angel. But when the lass recoils from him, he fears she knows of his evil deeds. While he heals, Ian is stunned when he exposes her witch’s mark, yet he’s spellbound by Merrin’s allure. He’d do anything to erase his haunting past and earn her love.
But there’s a henchman after Ian’s head, and when that man learns the Highlander is still alive, the couple is forced to flee Merrin’s sheltered world. Fighting for survival, destiny demands they each face their demons, but doing so may forever ruin them both

Beauty and the Barbarian by Amy Jarecki
My rating: 5 of 5 stars


Cursed as a witch Merrin have been kept hidden and secret from the rest of the clan from Rasaay. Alone and sad, she struggles through her days on Fladda, just around the corner of Rasaay. But all of that is about to change. Merrin just found a man badly injured on the beach. Merrin nature immediately kicks in and she and her father gets the nearly dead scot into their small cottage. Her healer father does the honorable thing and saves the young warriors life, hoping it would not cost them their lives.
Ian, awakes with the voice of a goddess, a goddess that is washing him. He has never seen such beauty and believes her to be an angel. As his strength returns, he finds his angel more alluring then even a goddess. But he also discover the reason why such beauty was kept will hidden on a small island. She wears the mark of the devil - the witch his clan whispered about. But Ian finds that the dreadful whispers was all but rumor, and that this beauty was as kind and beautiful inside as outside. But with his enemy hunting him down, did he place her and her father at deaths door? Ian refuses to let his enemy get their hands on the woman that stole his heart with her kindness.

Oh my, this series is just getting better and better! Holly cow, this was good! Did I read it in one sitting? You bet your ass I did! An amazingly kind and innocent woman, begging to be loved and accepted by the world. A warrior falling head over heels and then refuses to let his enemy gets their hands on her. Swoon, Swoon and double swoon. Amy once again created some amazing characters that stole my heart within the first two chapters. My heart broke for poor Merrin and how badly she wanted the world to except her. Even more when the clan discovers her, and tries to hurt her. There was a few places when I wanted Ian to beat the crap out of a few people. Ian of course was the perfect gentleman, most worthy of dreaming over a few nights. The plot is thrilling, fast past and keep you glued to the pages. Amy did it again, another master piece just for us. Her talent to capture a reader and just taking you away on amazing adventure, is just bloody amazing. I was a bit sad when read Calum passed away, I had to quickly grab a tissue and damp away the heartache. If you haven’t started to read this series, you are missing out on an amazing series! I can easy put this at the number one spot for Historical Romance series I have read so far, beating even the Highland Series of KMM. It’s just that bloody amazing! I can’t wait to read Alexander’s story! Amy well done, well bloody done! 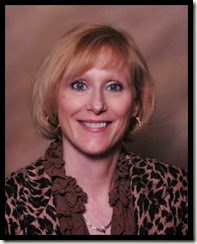 Amy has won multiple writing awards and lives in Utah with her husband, Bob. She writes contemporary romance and Scottish historical romance. For fun, she hikes, bikes and plays a mean game of golf. Born in California, Amy holds an MBA from Heriot-Watt University in Edinburgh, Scotland.