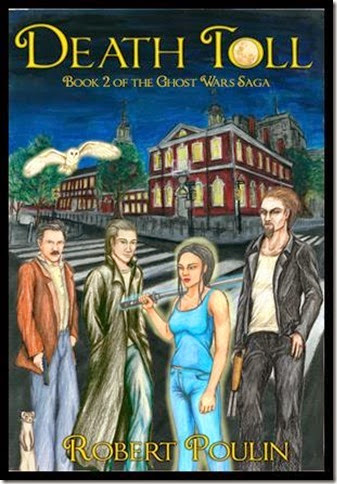 My name is Veronika Kane, and I’m the Captain of the Ghost Watch in the reborn city of Shadow Philadelphia. After we disposed of the city’s previous master and his minions, things were looking up, but in war things are never that easy. A routine call with Detective Frank Cooper blew the cover off of an elaborate scheme to plunge the city of brotherly love into chaos. When Necromancers, Were creatures, and the horrors of Chaos come together it can’t mean anything good.

With new and old enemies joining forces against us, I’m going to need all the help I can get. Lucky for me, my old friend Frank Cooper will be there to lend a hand, along with Brianna, a strong willed were-ferret, and the stormy eyed wizard Nathaniel Carter. I just hope it will be enough to save everyone.

This time, our enemies aren’t just attacking us in Limbo; this time, they are taking the battle to the streets of the living world and its unknowing citizens. If the Old Ones rise, I don’t think there will be anything anyone can do to stop them.

My name is Veronika Kane, and this war is far from over.

I read The Hobbit for the first time in third grade and have been an avid fan of fantasy since then. As a youth I did a lot of writing and wanted to be an author. This lasted into my late teens when I developed and interest in politics and history. I graduated college with a degree in Political Science and a Master's in Teaching. It wasn't until I reached my 40's that my interest in writing was rekindled. By this time I was disciplined enough to actually finish an entire novel and then go through the long process of revision and editing..

After completing the first revision of my first completed vovel Wail of the Banshees.

I started writing Wail of the Banshees on July 10, 2010. The book was published on June 19th 2013, so roughly three years from start to finish.

Do you do another job other than writing and can you tell us more about it?

I am the executive director of a non-profit disability advocacy agency. I supervise a staff of 9 and manage the agency finances and its many programs. I write lots of reports, develop budgets and programs, and supervise the day-to-day activities of the agency.

Death Toll (Ghost Wars Saga Book two) A ghost, were-ferret, wizard, and human detective must work together to save the world from an ancient evil.

I have self published under my own imprint Ghost Watch Publishing

The first draft takes around 6 months. The revision and editing takes about 6 months also, so its about 1 year to complete a project.

What can we expect from you in the future? More books of the same genre? Books of a different genre?

I am planning a third novel to the Ghost Wars Sage, but first I may try my hand at YA though still in the urban fantasy genre. I'd like to do epic fantasy some day but such endeavors are more complex, so we'll see.

The Ghost Wars Saga books, Wail of the Banshees and Death Toll are squarely in the urban fantasy genre.

Urban fantasy has become my favorite genre in the past 2 decade. The line between fantasy and the familiarity of the modern world are fertile ground for the imagination.

Veronika Kane is the protagonist of both books in the Ghost Wars Saga. She is a ghost who is strong, courageous, and driven to defend the weak and helpless. She is inspiring because she leads by example and seeks to empower those she fights for.

I've written on and off since I was 8 but didn't become serious about it till I hit 40 in 2010. I've been influenced by many writers including; JRR Tolkein, Robert Jordan, George RR Martin, David Eddings, HP Lovecraft, Robert E Howard, Laurel K Hamilton, Jim Butcher, Faith Hunter, and Kim Harrison.

Do you have a certain routine you have for writing? You listen to music, sit in a certain chair?

I do listen to music while writing. I use Pandora and have a ton of different radio stations. My first two books were written on weekends but I'm now trying to establish a routine of writing at least 1 hour per day.

I agonize over names for characters. I spend a lot of time looking at baby named. I find that villain names come to me quickly but the good guys I have to work at. Place names I usually make up fairly easily though many of the places I use really exist in our modern world.

I am mostly a discovery writer which means my characters are generally created while writing the story. The big exception here is the protagonist, this character is planned out ahead of time though not in great detail. I let the characters attitudes and motivations develop as the story unfolds. I do roughly sketch out my scenes prior to writing.

Because I am legally blind, I do most of my reading via audio books..

I think in general its hard to have a satisfactory book to movie transition; the movie format is usually not long enough to support all the nuances of a book. Sometimes it works fine though, I think Jaws is a good example of a successful adaptation. In recent years, HBO has done an amazing job with Game of Thrones though TV is different than the shorter moview format.

Your favorite singer/group is?
Bruce Springsteen 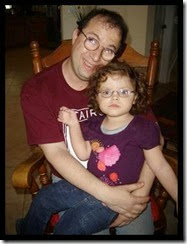 Robert Poulin was born and raised in the New England state of Connecticut. After spending his late teenage years in Boca Raton Florida, Robert moved to upstate New York where he lived with his uncle Wilbrod Poulin and attended the State University of New York at Plattsburgh. After earning a Bachelor's in Political Science and a Master's in Teaching, Robert went back to Florida where he taught Social Studies for a few years.

After returning to Northern New York, Robert took a job with the North Country Center for Independence: a disability rights and advocacy organizations. Robert has worked for NCCI for thirteen years and is now the Executive Director. Wail of the Banshees is Robert's first novel; he has been a huge fan of fantasy and science fiction since second grade when he discovered The Hobbit.

Urban fantasy in particular has become Robert's favored genre in the past decade. Robert has been legally blind since infancy, but thanks to a mom that encouraged independence, hard work, and a healthy dose of dreaming, the disability has mostly just been an inconvenience.