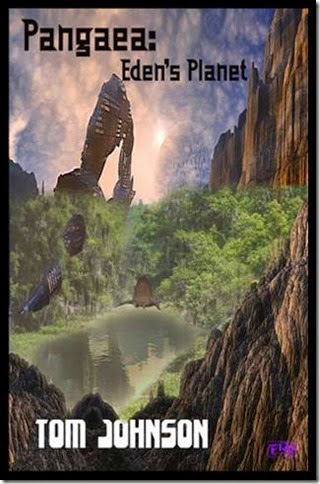 Cover Artist: Jared from Off the Wall Creations

Seven astronauts en route to Mars encounter a time warp in space that disables their ship. Crash landing on Earth, they discover an alien planet sixty million years before the dinosaurs.

Pangaea, the super continent, is filled with danger and terror, as they must survive against fierce reptiles that ruled the Earth 250 million years in the past!

Just as they thought they had reached the safety of the desert a giant Gorgon, fully twelve feet in length came out of nowhere, its long saber tooth-like tusks reaching for them. The colonel and Cooper had already holstered their guns in order to run unhampered, and the creature was upon them before either could draw their weapon.

Manning smiled. “Everyone has a purpose.”

Without hesitation, he stepped between the monster and his shipmates …

No, I had planned to study entomology. After high school, I joined the Army and my career took a different turn. I worked in law enforcement, but always remembered my love of entomology. While serving in France during the Cold War, I experimented with writing; creating characters and plots. I still did not know I wanted to be a writer, until after a tour in the jungles of Vietnam in 1970. It was at that point I got the writing bug. I wrote newspaper and magazine articles. My first published book was a non-fiction in 1980. Although, as early as 1970 I was writing fiction, my stories were not published until 1995.

Hmm. Every day I ask myself if I am yet. With material published in over 80 books, I’m still not sure I’ve truly become an accomplished writer. I am still learning, after all.

My first book was a non-fiction, as I mentioned above. The manuscript sat in the publisher’s desk for at least three years before it was published. My first fiction is a different story altogether. I wrote two novels in 1970, hired a professional typist to put the first one in manuscript form, and mailed it out to publishers. I still have those lovable rejection notes in my files. I met a professional author years later and he offered some suggestions after reading the manuscript, which I followed. To make a long story short, the first fiction novel was eventually published in 2002. The publisher wanted more, so I dug out the second one I wrote in 1970 and typed it in manuscript, and mailed it off. I’ve never received another rejection slips.

I am currently retired and enjoying life. After my real career, my wife and I started our own publishing imprint in 1982, and published a hobby magazine, as well as several genre magazines. We published the imprint for 22 years, ending in 2004. I’ve devoted my time to writing since then.

My current book is “Pangaea: Eden’s Planet”: Seven astronauts enter a time warp in space sending them back through time 250 million years in the past.

Once I have the plot and characters, I know where the story is going. I dedicate my time to that book, and write 1k words each day, if not more. The first draft is complete in 60 days, but allow another 30 days to clean it up, and make sure of spelling, correct words, and typos. Of course, the editor then finds all that I missed.

“Pangaea: Eden’s Planet” is SF Survival, with a touch of romantic tease.

The story is set during the Permian Period, 60 million years before the dinosaurs. I have a deep interest in paleontology, and live in the Permian Basin of Texas, where fossils are being discovered every year. With an interest in that period, I wanted to send my cast of characters there for me.

Each of my characters is special, but perhaps Colonel Evelyn Peterson, the commander of the group has the most to deal with. Thrown into a survival situation, she is responsible in keeping her crew alive and safe. Added to her problems are her feelings toward her second in command, Major Adam Cooper. She is falling in love and the distraction could mean someone under her command might be injured should she let down her guard against accidents.

I began experimenting with writing around 1965. I had many influences during my childhood and teenage years, as well as young adult period. Edgar Rice Burroughs, A.E. van Vogt, Robert Heinlein, Isaac Asimov, and even Mickey Spillane.

My work computer is in my bedroom. As is my MP3 player. Oddly, I like to listen to 1950s rockabilly and doo-wap tunes, which you might think would be distracting, but I find it comforting.

Yes. Whether good or bad, they tell me something I may not be aware of in my story-telling.

I write the book first, with an idea for the title, but in the end the title may change.

I’ve been around the world a few times, so I’m familiar with a lot of places. That’s never been a problem. Character names are another matter. I hate finding the right name that fits my characters. Is she a Ruth or Evelyn, is he a John or Adam, etc. Sometimes I may write the book and at the end change a character’s name totally.

I think the characters tell me who they are by the end of the book. If they aren’t happy with their names, I change them. So the character comes first, then the name. I’ve never changed a location, however.

I know the character’s traits before writing the book.

A moral? Perhaps. Though we struggle against accepting something for whatever reason, in the end we will find the right cause, the right answer, the right solution, or we will lose the game.

I am a paperback collector, so naturally I like that format. But I appreciate my books in hardback also. Slowly, I am starting to accept eBooks.

With so many books available I can always find a book I haven’t read. So I’ve only read a few more than once. And there are way too many favorites in my memory to pick just one. My love of juvenile classics, for instance. But to pick a current book that I fell in love with, I would have to choose “The Tides of Avarice” by John Dahlgren. It has a simple moral, “Love can change the world.”

Oh, wow, you’re killing me. There are so many. Mary Shelley’s original b&w “Frankenstein” may have been the worst (IMHO), though it became a classic. Movies have to take some liberties in bringing books to a visual media, and tell a story in two hours that otherwise might take you a day to read the book. So I never expect a movie based on a book to 100 percent accurate.

Walter B. Gibson, if I must choose. Author, magician, and creator of The Shadow. 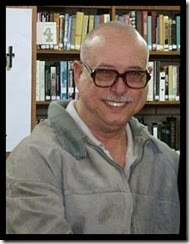 As a twenty-year military veteran, I served on the Korean DMZ under fire, as well as in Vietnam. I have a law enforcement background. My studies of paleontology and entomology have been an influence in many of my novels.

My wife and I started the publishing imprint of FADING SHADOWS in 1982, and published a hobby magazine and several genre magazines for 22 years, before I settled into writing my own novels.

I have now been published in over 80 books, which include fiction novels and short stories, as well as nonfiction books. I write SF, YA, Western, and Action novels.