Cover Reveal and Giveaway: For Her Protection by Amber A Bardan 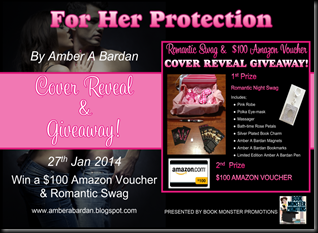 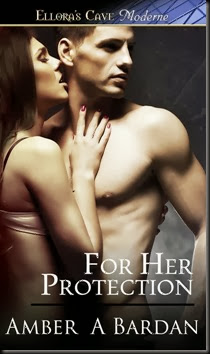 Charlize Halifax has a big last name and even bigger duty to uphold. Left to pick up the pieces of her family’s haemorrhaging Communications Empire, there’s no time for distractions. But when her take-no-prisoners management style lands her in physical danger, distraction arrives in the form of infuriating body guard Connor Crowe.

Having crossed swords with him that very morning, she knows a man who thinks he can push her around has no place in her life—especially when his cave man heroics kick her libido into hyper drive.
Yet when the threat to Charlize’s safety becomes outright attack, she knows there’s only one man she’d trust with her life.

Resisting Connor’s intrusion into her life is easy, denying his affect on her body, now that’s another thing... 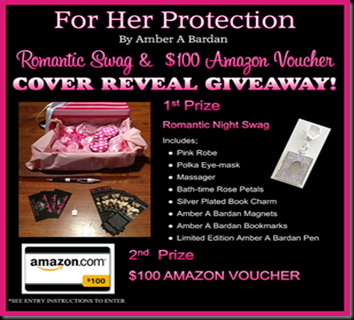 After spending years imagining fictional adventures, Amber finally found a way to turn daydreaming into a productive habit. She now spends her days as a graphic designer but her nights writing scintillating tales about heroes with tough exteriors, who are warm inside.

She lives with her husband and children in semi-rural Australia, where if she peers outside at the right moment she might just see a kangaroo bounce by.

Find me on Goodreads